The top two seeds in each conference are pretty well set as we head into the final weeks of the NBA regular season. However, it’s a crapshoot after that and playoff positioning can change on a daily basis. The Western Conference has eight times vying for six spots and they’re separated by just six games in the standings. Two of those clubs fighting for a playoff spot are featured this week. The Portland Trail Blazers made a run up the standings by winning 13 straight games. They’ll host the Boston Celtics on Friday night.

The New Orleans Pelicans have been a pleasant surprise in the West and they look to solidify their position when they take on the NBA’s best Houston Rockets on Saturday. When Boogie Cousins went down with a season-ending injury, many felt he took the Pels chances of reaching the postseason with him. However, behind the play of Anthony Davis, New Orleans has surged into the fifth-slot and have a chance to claim a spot in the top four of the conference. 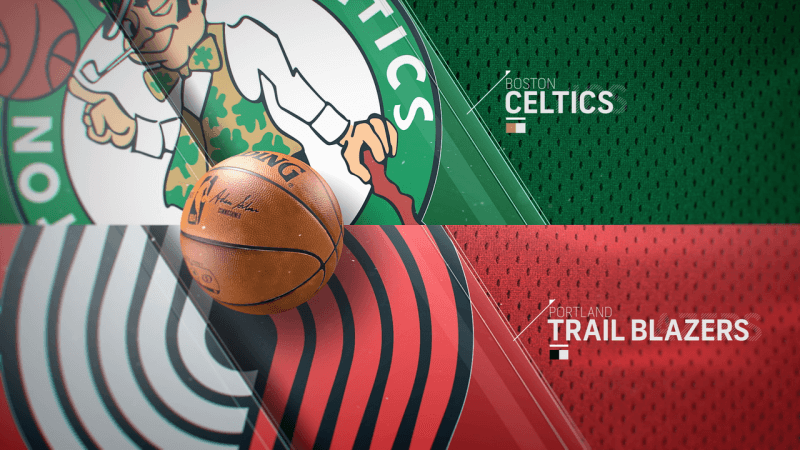 The Celtics are just trying to survive until the postseason. But it doesn’t mean they can’t make life miserable for their opponents. Playing without Kyrie Irving, Jaylen Brown, and Marcus Smart, the Cs rallied to beat Oklahoma City on Tuesday. Irving will not travel with the team when it opens a three-game road trip in Portland, but the Celtics have gotten some quality work from Terry Rozier and Jayson Tatum in the meantime.

On the strength of their 13-game winning streak, the Blazers moved into third in the Western Conference behind the Rockets and Warriors. Portland beat Golden State twice during their run but they couldn’t upset Houston, which ended the Blazers streak on Tuesday. And that game showed just how valuable Damian Lillard is to Portland’s hopes. Dame was 5 of 17 from the floor and missed all seven three-pointers, yet the Blazers were in it until the end and lost by just four points.

The Celtics are playing it safe with Irving and they have no choice. He’s the key to Boston’s playoff hopes and the team is making sure his aching knees are strong once the second season rolls around. So, Irving won’t make the trip and the Blazers will get the Celtics minus their leading scorer and floor general.

Boston has been navigating the last week without several other key players as Smart remains out with a thumb injury and Brown has yet to clear the concussion protocol. Portland’s strength is its backcourt and Lillard and C.J. McCollum could have big nights.

The Blazers surprised a lot of people with their lengthy winning streak and they’ve been good at home most of the season. They did lose to the Rockets on Tuesday, ending their run of 13 consecutive wins, but everybody loses to Houston. So to keep up with the rest of the West, the Blazers will look to start a new streak. Don’t expect Lillard to struggle for a second straight game, and he’ll help the Blazers score enough against the injury-ravaged Celtics. 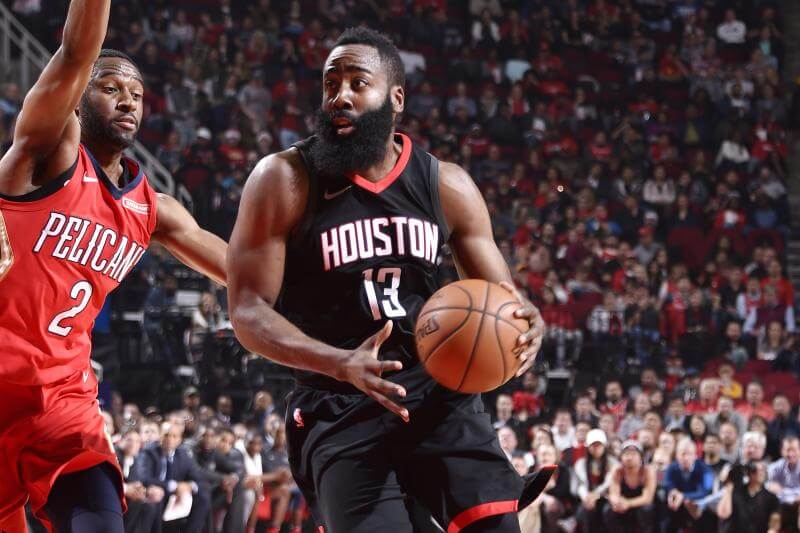 Cousins was putting up impressive numbers in his first full season with the Pelicans and when he went down in late January the Pelicans chances of reaching the postseason took a severe hit. But Anthony Davis stepped up and carried the torch in his fellow big man’s absence, and the Pels haven’t missed a beat. It took a few games to adjust to life without Boogie, but once they did the Pels have been tough to beat, going 13-4 in their last 17 outings.

Just in case you were wavering on who is the league’s MVP, James Harden had a convincing game to end Portland’s 13-game winning streak. Harden dropped 42 on Portland Tuesday night, outdueling Damian Lillard as the Rockets won their sixth straight and for the 23rd time in their last 24 games. They also increased their lead over Golden State and Toronto for the NBA’s best record to four games. Barring a major meltdown, Harden is lock to win his first MVP award.

31.2 – You can’t stop him, you can only hope to contain him. That’s what opposing coaches say about the future MVP. Harden leads the league in scoring and is the only player averaging more than 30 points per game. And he gets his points in a variety of ways. There are the threes: Harden leads the NBA in made triples. And he also gets to the free throw line more than any player in the NBA while knocking down 87 percent of his freebies.

The top two scorers in the Association go after each other in this one, but the game of basketball isn’t just about one player. And the Rockets have an assortment of complementary pieces surrounding Harden, which is why they are the best in the league. Harden puts up his numbers, but Chris Paul, Clint Capela, Eric Gordon and the others make the Rockets a team. AD will get his against an undersized Houston front, but the Rockets have the horses to take this one.