After spending the entire first half of the season in the driver’s seat atop the Western Conference and the NBA standings, the defending champion Golden State Warriors find themselves in a battle looking up at the Houston Rockets. The Dubs have set the bar so high that a 4-4 stretch prior to the All-Star break was cause for alarm. But don’t worry, the Warriors are still the best team in the league, and even the best go through some difficult times.

The Warriors will be tested in a nationally televised matchup with the Oklahoma City Thunder on Saturday. Kevin Durant and Russell Westbrook played nice as teammates during the All-Star Game, but its back to being hated rivals. And the Warriors will look to beat OKC for the first time this season after dropping the first two games by a combined 37 points.

After revamping their roster at the trade deadline, the Cleveland Cavaliers look like a new team, and that’s made LeBron James happy. And a happy LeBron is bad news for the rest of the Eastern Conference. The Cavs might be the favorites in the East now, and they entered the break riding a four-game winning streak. The new and improved Cavs battle the San Antonio Spurs on Sunday. 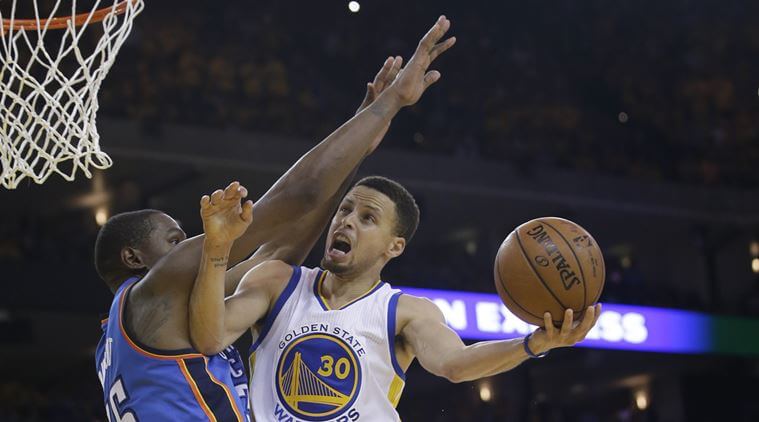 The Thunder are closer to being out of the playoffs than they are to the Warriors in the West standings, so every game is important for them. And they’ve had Golden State’s number this season, something few teams can claim over the past few seasons. OKC rolled into Oracle a few weeks ago and slapped a 20-loss on the Dubs with Westbrook outscoring his former teammate Durant 34 to 33.

Being the best in the business puts a huge target on your back and the Dubs have experienced that. Teams want to beat the best and they give big efforts in an attempt to do so. Golden State lost to the Clippers last month when Lou Williams dropped 50 on them. Damian Lillard went for 44 in Portland’s win just before the break. But the Dubs have their own weapons and they lead the league in offensive efficiency while scoring nearly 116 points per game.

72 – When the teams met last month in NorCal, the Thunder got a combined 72 points from Westbrook and Paul George in their 125-105 win, and similar production will be needed if OKC wants to win again. The two shot a combined 24 of 49 from the field, made eight three-pointers and hit 16 of 18 from the foul line.

The Warriors don’t get punk’d often and you can bet they remember what happened in the previous outings. Much will be made of the Durant-Westbrook feud and that makes for great storylines, but on the court the Warriors need to get the planets realigned. Westbrook and George are great players, but don’t expect them to go off like they did last time, and the Dubs rally for the home win. 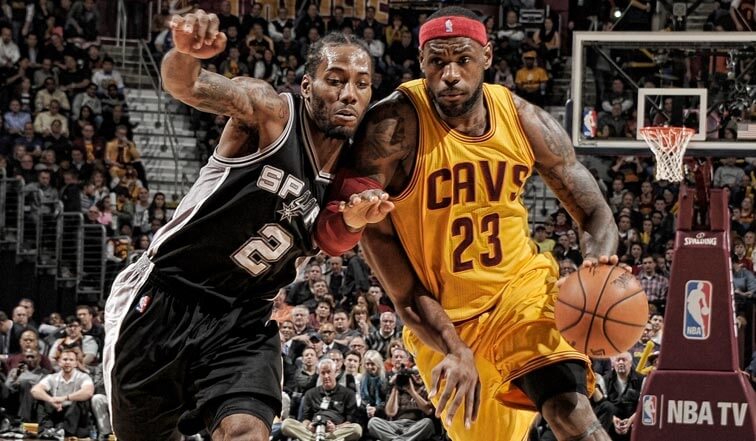 The Spurs have played nearly the entire season without Kawhi Leonard and it’s doubtful we’ll see him again this season. They have adjusted to life without their best player and the Spurs are still one of the better teams in the league. But the reality of not having Leonard for the rest of the season will have an impact on the club.

With all their new pieces in place, the Cavs went out and rolled the East-best Boston Celtics and followed that with a victory over the Thunder. Both games were on the road and showed that the Cavs have a new mentality as well as a new look. George Hill, Jordan Clarkson, Rodney Hood and Larry Nance Jr. combined to score 49 points against Boston in their first game as Cavaliers. They totaled 48 in OKC and have LeBron smiling.

4 – The Cavs were in desperate need of a change after they suffered through a weeks-long stretch that sent them tumbling in the standings. Not only did they fall down the East ladder, James’ production took a dip as well. As it was, their roster wasn’t going to get things done, so Koby Altman pulled the trigger to bring in four new players at the deadline.

The acquisitions of Nance Jr., Hood, Hill and Clarkson made the Cavs younger and also made them better on the defensive end. The roster transition also reinvigorated James, who averaged 30 points, 9.5 rebounds and 13 assists during a four-game winning streak, the last two with the new players in the lineup.

The Cavs have a new and improved look and LeBron is ecstatic. And when the King is pleased all is well. LeBron was so excited he went and overhauled the All-Star Game while winning MVP honors. The change in the Cavs culture was evident when Hill said the new players need to be Robins to LeBron’s Batman. Some of the previous team members didn’t get that. Now that the King is back in control, the Cavs will make a run.