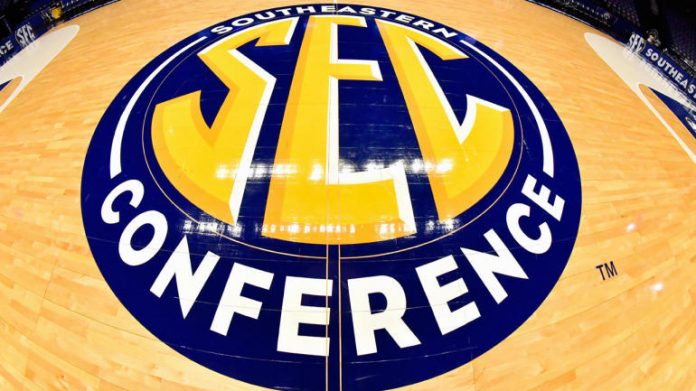 The LSU Tigers put together a fantastic regular season, wrestling away the SEC crown from the dominant Kentucky Wildcats with an impressive finish. However, things are not peachy with the conference tournament on the horizon.

Coach Will Wade is being held out indefinitely while recruiting allegations are researched and the Tigers are also not expected to use guard Javonte Smart due to the same eligibility concerns. While LSU was the best team in the SEC during the regular season, these complications have made it an underdog to win the conference tournament.

Those issues open the door wider for Kentucky, which may not be quite as dominant as usual but is still a great team. The Tennessee Volunteers were ranked No. 1 in the nation for a stretch and they are actually the slight favorites over Kentucky to win the SEC Tournament.

There are a lot of subplots to watch as the action gets going soon. Kentucky has cruised to the tournament title many times in recent years but this figures to be a competitive week of play.

Tennessee finished the regular season with a 27-4 overall mark and 15 wins in 18 conference games. The Volunteers didn’t have the best finish, but the body of work is impressive. Tennessee would love to grab a No. 1 or No. 2 seed in March Madness, and an SEC Tournament championship would certainly bolster that case. Tennessee has +190 odds to win the tournament.

Kentucky went 26-5 overall and 15-3 in conference. Those are great numbers for virtually any program but the expectations for the Wildcats are so high that it was a bit disappointing. Kentucky tied with Tennessee for second place in the SEC, and it’s rare to see a Wildcats team fail to sit atop the standings at the end of the year. Kentucky will be motivated to make up for that misstep in the conference tournament. It is listed with +200 odds to win it.

LSU may have been the favorite if everything was status quo, but there is the recruiting controversy hanging over the team’s head. One slice of good news is that forward Naz Reid is back from injury and has been cleared to play in the tournament. If Smart can play, this could be a sneaky good pick at +420 odds, because LSU certainly has the talent to win the SEC Tournament when at full strength. It’s a situation to monitor closely.

The other main contender in the conference tournament is Auburn. It went 22-9 overall and 11-7 in the SEC this season. The Tigers are ranked in the top-25, and while they are not quite as talented as the other trio, this is a team that can hang with anyone on a given night. The Tigers’ odds are listed at +420 as well.

Our pick: LSU Tigers to win SEC Tournament at +420 odds

.This is a pretty bad time for all this stuff to come up for LSU, especially after such a great regular season. However, there can also be a galvanizing effect when things become tumultuous. The Tigers certainly have longer odds to win the tournament because their coach isn’t on the sideline and a top player not on the court, but this is still a talented team.

The draw is pretty good, and LSU’s odds are right. Take the Tigers to tune out the outside noise and claim the SEC Tournament championship.