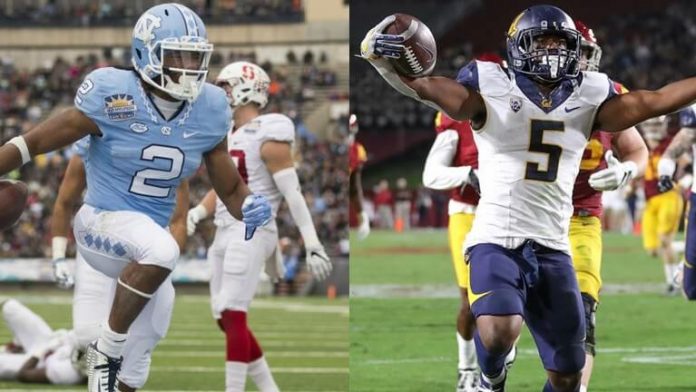 Off the field, things are not great for the North Carolina Tar Heels, as 13 of their players were suspended for selling team merchandise in the offseason. North Carolina is hoping the on-field results are better. The Tar Heels will begin their season on the road in a matchup against the California Golden Bears.

Cal is the home team and has more talent so it will certainly be the favorite. North Carolina is mostly missing backups and walk-ons so the suspensions won’t decimate them, but it does affect the depth. California won the matchup between these teams a year ago on the road and will be favored to make it back-to-back victories, this time at home.

The North Carolina Tar Heels and California Golden Gophers will face off on Saturday, September 1st, 2018 at 4 p.m. ET at California Memorial Stadium in Berkeley, California.

California is listed as a 7-point favorite in this matchup, a spread that has moved up a couple of points since word of the North Carolina suspensions leaked out. The Bears are getting 58 percent of the action to cover. North Carolina is the +226 underdog on the moneyline, but bettors like those odds as the Tar Heels are the more popular pick. California is listed as the -275 favorite on the moneyline.

The scoring total is listed at 60 points, with the “under” the more popular.

Many of the players forced to sit out for up to four games wouldn’t have had a big impact on this matchup anyway. However, one player who could have played a role in the outcome was quarterback Chazz Surratt. He was competing with Nathan Elliott but will instead be sidelined for the first four games of the year.

Elliott is now the clear starter and some success early in the season could make it tough for Surratt to get back into the mix. However, if Elliott falters, the fanbase could be clamoring for a change in a month. Elliott completed 75-of-146 passes for 925 yards with 10 touchdowns and five interceptions a season ago and will aim to build on that.

These teams played one year ago to open the season in Chapel Hill and California came away with the 35-30 road victory. The Tar Heels were favored and headed into the final quarter ahead by a field goal, but Cal scored back-to-back touchdowns to take control.

California quarterback Ross Bowers completed 24-of-38 passes for 363 yards with four touchdowns and a pair of interceptions. Bowers has been named the starting quarterback for this contest and he will aim to have similar success as he did a year ago. The Tar Heels can watch that tape which should help, but if California is able to execute, it will be able to put up points in this one.

These teams have some similar players from a year ago and the talent level is pretty close. However, the Bears are at home and not dealing with the distraction of so many missing players. North Carolina must be able to put that out of its head and focus on playing well. The absence of Surratt may not be a huge deal as Elliott has enough experience to keep North Carolina on track, and the talent level between the two is not that big.

California is the pick to win this game, but this spread has jumped too high. Take the Tar Heels to cover. The “over” is the pick as both teams should have plenty of big plays.