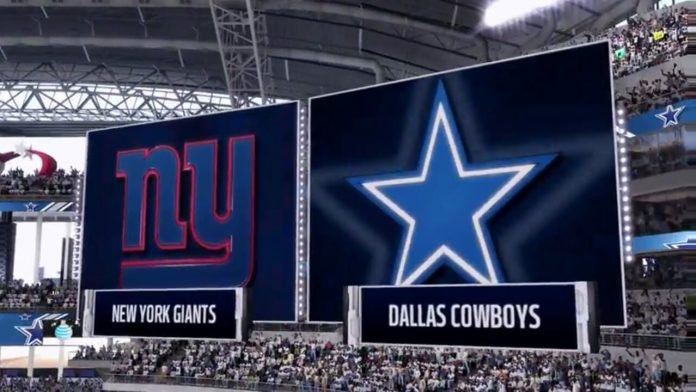 Both teams struggled in their opener making the Week 2 Sunday Night Football matchup at Jerry’s World important for several reasons. I know we’re only in Week 2, but the New York Giants and Dallas Cowboys do not want to start 0-2 and see their odds of reaching the postseason plummet further. They’re longshots to make it anyway. And they certainly don’t want to lose to one of their NFC East rivals.

In the Big Apple, Saquon Barkley and Sam Darnold will forever be linked as the second and third picks in the draft and the debate over who’s a better player and which team won the draft will linger for years. Barkley will help a weak Giants run game and he’ll also be measured against not only the best back in the NFC East, but quite possibly the best back in the NFL in Ezekiel Elliott. The two square off for the first time when the Giants look to end a 2-game losing streak to their division rival.

Add Barkley to the mix and the Giants have the potential for a big-play offense. The No. 2 overall selection did something in his debut only three other backs did last week – rush for over 100 yards. And he flashed the big play ability with an electrifying 68-yard touchdown run that put the Giants in position to upset the Jacksonville Jaguars. Alas, it wasn’t to be, but the G-Men certainly look like they’ll be more competitive than they were last season.

Though it didn’t show in the opener with the Giants scoring 15 points against the stout Jags defense, which is the number they averaged last season to rank 31st in the league, the Giants should be better offensively. The return of Odell Beckham Jr. from injury will be a boost for Eli Manning and we saw the two rekindle their connection in the opener. OBJ caught 11 of his 15 targets for 111 yards.

With over 2,600 yards rushing in his first two seasons, Elliott is the premiere running back in the NFL. However, even the best can stumble if the boys up front can’t open holes. And the Cowboys are faced with the difficult task of replacing the best center in the NFL with Travis Frederick out after being diagnosed with Guillan Barre Syndrome. And after failing to throw for 200 yards – yes! 200 yards – in seven of his last nine games, Prescott is feeling some heat.

Recent history and current performance tells us this should be a game that falls below the opening total of 42. The last four games all cashed the under and with a difficult call on the opening line of Dallas -3, you might want to lean toward an over/under wager. The Boys haven’t helped their backers when playing at home recently, either. Dallas is just 4-7 ATS in its last 11 home contests, but one of those victories came against the Giants.

Prescott is running out of excuses and time to reclaim the form that won him Offensive Rookie of the Year honors in 2016. Thrust into the starting role following a preseason injury to Tony Romo, Dak took the NFL by storm throwing for 3,667 yards and 23 touchdowns with only four interceptions. The Cowboys went 13-3 that season and won the NFC East title.

Prescott in particular and the offense in general struggled when Elliott started his six-game suspension last season. They scored just 22 points in the first three games without him and Prescott has yet to recover. He ended last season throwing for fewer than 200 yards in six of his last eight games and opened this season with another dud. There is no Dez Bryant or Jason Witten walking into the locker room, so Dak has to figure things out quickly.

The Giants will be better after recovering from the Ben McAdoo disaster and Manning is poised to have a season more in line of what we expect from him now that he has Barkley, Beckham and what is sure to be an improved offensive line. We didn’t get a true test of their abilities last week since the Jags are one of the better defensive teams.

The main objective on Sunday is stopping the run, it’s something the Giants struggled to do last season and had a hard time with in the opener, and that was with Leonard Fournette out for half the game. Now they face Zeke, who is waiting to bust out. New York has more potential to hit a quick strike, but the Boys will control the ball and clock with Elliott. That will allow Dallas to get a win and silence the critics for at least one week.

NFL ATS Pick: Giants +3 and Under at BookMaker.eu