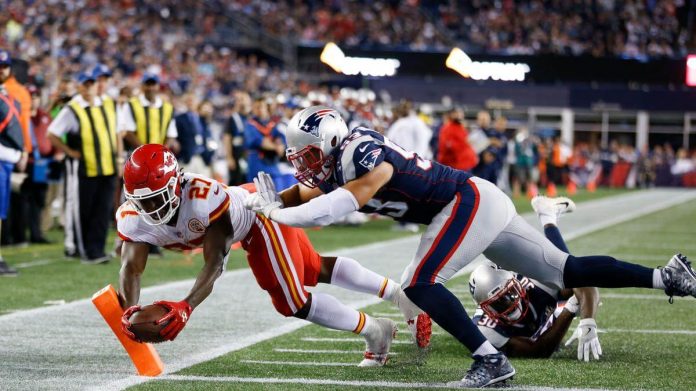 The New England Patriots are happy with the idea that they are the underdogs in the AFC Championship game, and hope that motivation can help them beat the Kansas City Chiefs. The oddsmakers haven’t been swayed as Kansas City is the team they expect to advance to the Super Bowl.

The standard pregame wagers are available for this matchup, and so too are a host of prop bets. For those who have a good idea on how efficient these offenses will be and which team will have the leg up, prop bets are a great way to add to the bankroll.

The Patriots believe they can pull the upset but bettors have to think rationally in order to make the most money out of this game.

This game between the New England Patriots and Kansas City Chiefs will be held at Arrowhead Stadium in Kansas City, Missouri at 6:40 p.m. ET on Sunday, January 20th, 2019. The game will be nationally televised on CBS.

The Chiefs are listed as three-point favorites to win this game and make the Super Bowl. The home team is generally given that number of points for the location, so the oddsmakers believe these teams have equal talent. Kansas City is the -150 favorite on the moneyline while the Patriots are the +130 underdogs. The scoring total is listed at 55.5 points, which is a pretty high number but still slightly lower than the NFC Championship game between the Saints and Rams.

As for the prop bets, one asks which team will score first. In a game that figures to have plenty of offensive salvos, the team that gets the ball initially will have a big advantage. The Patriots’ -105 odds are more favorable and they are the better choice since Kansas City comes in at -125.

Will there be a score in the first 5.5 minutes of the contest

A prop bet asks if there will be a score in the first 5.5 minutes of the contest. The “no” is the favorite at -130, but the “yes” at even money is the right call. It is expected to be cold in this game and weather has a chance to affect the scoring, but if the conditions are fine early on, a score should come on the first drive of this contest.

The prop bets allow each team’s total to be wagered on. The Chiefs’ total is listed at 29.5 points, but that’s a tough one because Kansas City could finish right around there. The Patriots’ total is much more enticing. The Chiefs do not have a good defense and New England should score regularly. Take New England to go over the total of 26.5 points in this matchup.

The Best Prop To Bet

Reason: There are some prop bets that ask bettors to choose a longshot pick, and those pay out nicely. One such wager makes a gambler pick the margin of the game with only a few points cushion. While it can be a hand-wringing choice, nailing it pays off extremely well.

The Chiefs are three-point favorites, and the belief is that they will be able to barely cover that spread. There is a margin of 4-6 points that can be chosen at +900 odds. If Kansas City takes the lead within that number, the Patriots would have to try to score a touchdown late in the game instead of play for a field goal.

While it’s always hard picking the exact outcome to within three points, these are some good odds. Take the Chiefs to win this game within that margin and then sweat out the play in the final minutes.