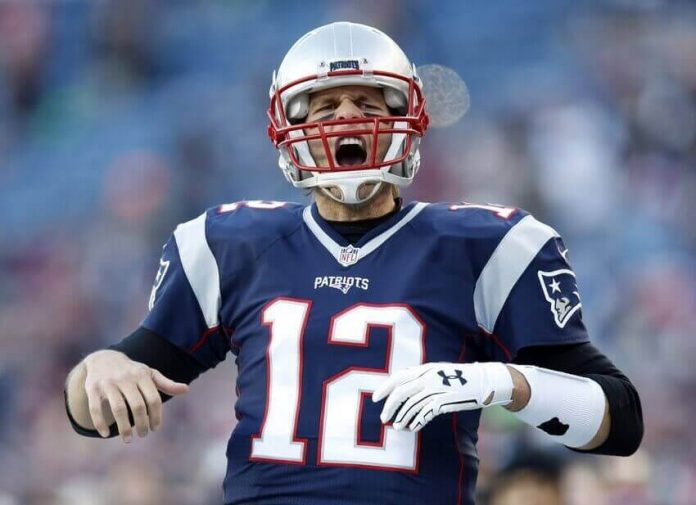 Last season, Cam Newton and the Carolina Panthers came out of nowhere to post one of the most talked-about seasons in the NFL’s recent history. Cam Newton won the MVP award for the first time in his career, and he brought his team to the Super Bowl as well.

This year, Newton is amongst the favorites to win the MVP, though once again, there are only a handful of men who seemingly realistically have a shot at winning the honor. Check out our MVP odds for the 2016 NFL season.

Even though this is an impressive group of names, all you really need to know about the MVP betting is the fact that Tom Brady, a man who isn’t even going to play in the first four games of the regular season due to suspension, is the fifth favorite.

If you go under the assumption that Brady isn’t going to be able to amass the stats in 8 games that others will amass in 12, that really leaves just a few legitimate candidates.

Ben Roethlisberger is going to probably be one of the top statistical quarterbacks of 2016. Big Ben, playing in 12 games himself last season, threw for 3,938 yards and 21 TDs.

He has to cut down his picks for sure to win the MVP, but would it really shock you if he threw for 5,000 yards in a pass-happy offense and used a young and improving defense to win 13 games? If that’s what happens, this MVP discussion starts and ends right here. An NFL betting price of +700 on Roethlisberger is immediately the best value on the board.

Russell Wilson and Cam Newton are largely the same quarterback when you shine them in the light of MVP voting. Both are going to have to amass just a ton of touchdowns on teams where defense is clearly first and foremost.

Newton almost has to have some regression from his year in which he threw for 35 TDs and rushed for 10 more, especially when you consider the fact that he had never before accounted for more than 35 TDs in a single season and had a total of just 23 in 2015. Wilson has the added problem of having to play against one of the most difficult schedules in the NFL for a team that seems to be watching its window of opportunity close rather quickly.

Of the two, Wilson is the better bet for sure. The Seahawks are probably going to have to throw the ball a touch more this year than in past seasons now than Marshawn Lynch has retired, and if Wilson can continue to keep on a clip of around 2.5 TDs for every pick he throws and guides his club to 11 wins, he’ll certainly be in the MVP discussion.

Aaron Rodgers will likely end up getting the most run from bettors, however. He didn’t have Jordy Nelson for a single snap in the regular season last year, and there were several times when fans and members of the media were asking what was wrong with this offense. And Rodgers still threw for 3,821 yards and 31 TDs and added a career high in rushing yards with 344.

Certainly, the Green Bay offense will be much better this season than it was last year, and if the Pack get to back to the top of the NFC North as many suspect will be the case, Rodgers will be on the short list for the MVP once again.

Longshots in the NFL MVP Odds

Andrew Luck (+1400) – The Colts are a 3-13 team without Luck under center. If they win the putrid AFC South and Luck stays healthy, he deserves to be in this discussion.

Drew Brees (+2500) – No man is going to throw the ball more times per game this year than Brees in all likelihood. Sure, he’s more of a fantasy football MVP than a legit MVP, but the NFC South could be weak, and if the Saints win it, Brees will be the reason why.

Jameis Winston (+8500) – A second year in the NFL and a full offseason could make the sky the limit for the former Heisman Trophy winner.

Which division is the best bet to win the 2016 Super Bowl? Check out NFL Odds: Which Division Will Win Super Bowl 51?