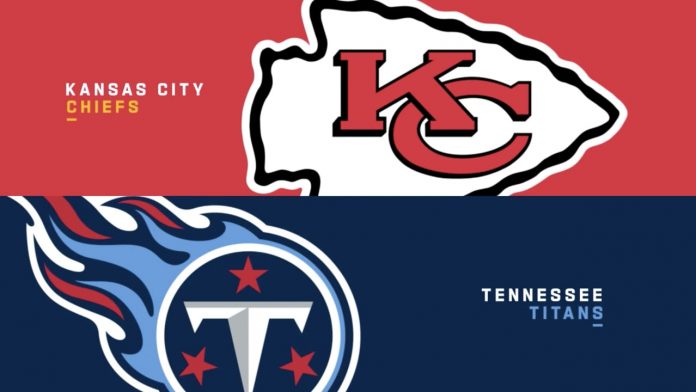 Both conference championship games will be rematches of regular season games from earlier in the year. That means the Kansas City Chiefs will be hoping that history doesn’t repeat itself on Sunday when the Tennessee Titans come to town. Tennessee bested Kansas City 35-32 in Arrowhead Stadium in early November.

That turned out to be Kansas City’s last loss of the season, and the Chiefs have been red hot since then with seven straight victories. The Titans have a lot of confidence after going on the road and knocking off the New England Patriots and Baltimore Ravens though, so this moment won’t be too big for them.

Titans vs. Chiefs
Packers vs. 49ers

One more win for a trip to the Super Bowl ? pic.twitter.com/3s4UkCcqdC

Kansas City is where Mike Vrabel first threw caution to the wind with regards to Derrick Henry’s workload. Henry ran the ball 23 times for 188 yards and two touchdowns in that game, kicking off the greatest eight-game stretch for a running back in the history of the NFL. The former Heisman Trophy winner from tiny Yulee High School has carried the ball 203 times and run for 1,273 yards and 11 touchdowns over that period, averaging a mesmerizing 6.3 YPC.

Ryan Tannehill completed just 13 of 19 passes for 181 yards and two touchdowns in that game, as Tennessee wore down Kansas City’s front seven with Henry before torching the secondary over the top with Tannehill on deep passing plays. That’s the formula that the Titans have used throughout the postseason too as Henry has carried the ball 64 times for 377 yards during the playoffs, while Tannehill has completed just 15 of 29 passes for 160 yards with three touchdowns and an interception.

Needless to say, stopping the run will be paramount for Kansas City. This front seven had a tough time doing that this year though, allowing 4.9 YPC, and to make matters worse, they might not have their interior defender available. Chris Jones missed the Chiefs’ Divisional Round game against Houston with a calf strain, and he is considered questionable to play on Sunday afternoon. Even if Jones does play, he won’t be at 100 percent, so the middle of this defense could get gashed by Henry and the Titans.

Tannehill hasn’t thrown the ball much during the postseason, but if the Titans change up the game plan, expect rookie A.J. Brown to see some targets. He has had a very quiet postseason with two catches for 13 yards, but he finished the regular season with over 1,000 yards and went over 100 receiving yards in four of his last six games.

Patrick Mahomes was phenomenal in leading the Chiefs back from the brink against Houston last week. Mahomes led Kansas City back from a 24-0 deficit to win 51-31, and he largely did it all. The 2018 NFL MVP led the Chiefs in both rushing and passing, completing 23 of 35 passes for 321 yards and five touchdowns while running the ball seven times for 53 yards.

Mahomes has two known commodities in Travis Kelce and Tyreek Hill, while Mecole Hardman is the X-Factor. Hardman was selected to the Pro Bowl as the best returner in the AFC this season, and he is just as electric as Hill with the ball in his hands.

The Chiefs have had a hard time running the ball, so there are concerns the defense could wear down as Tennessee has done with its other two foes in the playoffs. Tennessee has been sneaky good against the pass during the postseason too as safety Kevin Byard is showing why he is the highest paid safety in the league, and cornerback Adoree Jackson has played exceptionally well.

That’s why I’m going to call for the outright upset. Tennessee can limit the times Mahomes touches the ball with its overpowering run game, and there are no concerns about Henry wearing down. Henry has been a workhorse throughout his time in high school and college, and he is the one running back in the league that might be impervious to a heavy workload.

Check out the latest NFL betting odds for the upcoming AFC Championship game.