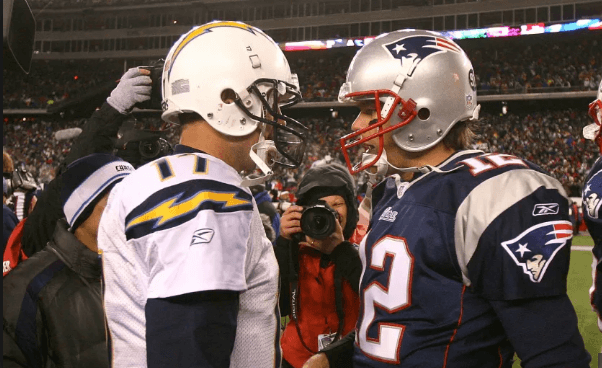 The New England Patriots earned a first-round bye and are hosting the Los Angeles Chargers in the AFC Divisional Round on Sunday, but they don’t look like the same juggernaut of past years. New England struggled more than usual in the regular season but this is a team that always turns it up for the postseason.

The Patriots will be favored to knock off the Chargers and advance to the AFC Championship game, but it won’t be easy. The Chargers are coming off an impressive road win over the Ravens in the wild card round and have elite talent on both sides of the ball. Los Angeles has played very well on the road this season and would love to pull off the upset.

This game between the Los Angeles Chargers and New England Patriots will be held at Gillette Stadium in Foxboro, Massachusetts at 1:05 p.m. ET on Sunday, January 13th, 2019. The game will be nationally televised on CBS.

The Patriots are listed as 4-point favorites to win this game and move on to the NFL’s final four. New England is the -205 favorite while the Chargers are listed as the +172 underdog on the moneyline.

The scoring total is coming in at 47 points, which seems a bit low considering the Hall of Fame quarterbacks that are involved. However, the defenses are playing pretty well and this one may not be a shootout.

Chargers Can Win on the Road

The Chargers have won 8 road games this season in nine attempts after beating the Ravens in Baltimore last week. Los Angeles has knocked off some good teams in hostile environments, including the Kansas City Chiefs, Seattle Seahawks and Pittsburgh Steelers.

Los Angeles’ only road loss came to the Los Angeles Rams early in the year. The Chargers played their home games at the StubHub Center this year but did not have much fan support, so many of those contests turned into de facto road games as well.

The Patriots will have a loud crowd cheering them on in this matchup, but the Chargers have proven over and over again they have the mettle to tune out the distractions and win games on the road.

Tom Brady — It was not the stellar season most have come to expect out of the Patriots’ quarterback. Brady finished the regular season with 4,355 yards passing, 29 touchdowns and 11 interceptions. He had a quarterback rating of 97.7, which was just a touch above league average.

Brady has shown time and again he excels in the postseason, but the reality is he is 41 years old at this point and Father Time may start becoming a factor. The Chargers have a pair of star edge rushers in Joey Bosa and Melvin Ingram, as well as a talented secondary.

If the Chargers can make life tough on Brady, an upset is possible.

The Chargers finished with a better record than the Patriots in the regular season and seem to be peaking at the right time. New England has the home field and an illustrious history, so it’s no surprise why the oddsmakers deemed them the favorites in this matchup.

However, Los Angeles looks like the better team and is a great upset pick on the moneyline. Take the Chargers to advance to the AFC Championship game with a road win over the Patriots in NFL gambling. The “over” is the easy choice on the scoring total.