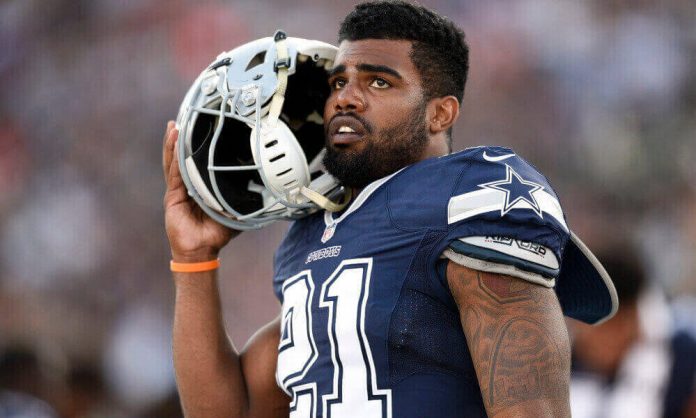 It’s not often that you see one man dominate the NFL preseason betting for any given postseason award in the NFL, but we’re seeing that this year with Ezekiel Elliott of the Dallas Cowboys. Not only is he the favorite to win the Offensive Player of the Year award for the 2016 NFL season, but he’s a ridiculous -150 odds-on favorite to boot.

Check out the NFL futures odds for the 2016 Rookie of the Year.

Odds to Win Offensive NFL Rookie of the Year

Is Elliott Worth It?

Anyone who wanted to bet on Elliott at a stronger price than this can thank Todd Gurley for the season he had for the Rams last season for this price. Gurley was amongst the league leaders in rushing in spite of the fact that he really only effectively played in 13 games, and now the same is expected for Elliott in spite of the fact that he has never carried the ball in a pro game in his career.

The expectations are certainly high for the man who was taken No. 4 pick in this year’s draft. He’s running behind arguably the best offensive line in football for an offense that direly wants to take some pressure off of Tony Romo. This unit is two years removed from making DeMarco Murray the rushing champ, and the argument could be made that Elliott is a more talented specimen than Murray.

Still, at -150, there are just too many options here in our eyes to bet on such a question mark. Here are some other football betting options which we could argue for as a top choice to win the OROY.

NFL Picks for Offensive Rookie of the Year

Laquon Treadwell (+1183) – Maybe the most talented offensive player in this draft class. Treadwell’s big problem is that he’s going to be asked to be the top receiver in an offense which won’t throw the ball a ton. Teddy Bridgewater is definitely up and coming, and maybe getting Treadwell will help open this offense up, but Adrian Peterson is the top option here for sure.

Jared Goff (+1235) – Quarterbacks are sexy for sure when it comes to voting for these postseason awards, and Goff is the only one who is almost guaranteed to play in more than half of his team’s games. Goodness knows the Rams needed a quarterback, and with so many men being forced to key in on Gurley, Goff could take advantage if he’s really the real deal.

Corey Coleman (+1501) – Josh Gordon is back, but is he really capable of returning to form after seemingly eons away from the NFL due to suspension? Coleman is a burner, and Robert Griffin III can certainly get the ball down the field in a hurry. The Browns are going to be bad as well and will have to play from behind all the time. Someone is going to have to catch the football in this offense.

Derrick Henry (+2644) – It’s a little gutsier to back Henry, knowing that he is going to open up second on the depth chart to the aforementioned Murray in Tennessee’ backfield, but if he can take that job over as many suspect he can, he could be a 1,000-yard bell cow of a back, and that might be good enough to win the Rookie of the Year honors.

Paxton Lynch (+5000) – Lynch might never take a meaningful snap this year, but he’s the one guy on this list who doesn’t need to put up remarkable numbers to win this award. If the Broncos elect to start Lynch at some point and he’s effective and wins games, voters are going to have to consider him, especially if no one else puts up numbers which are out of this world.