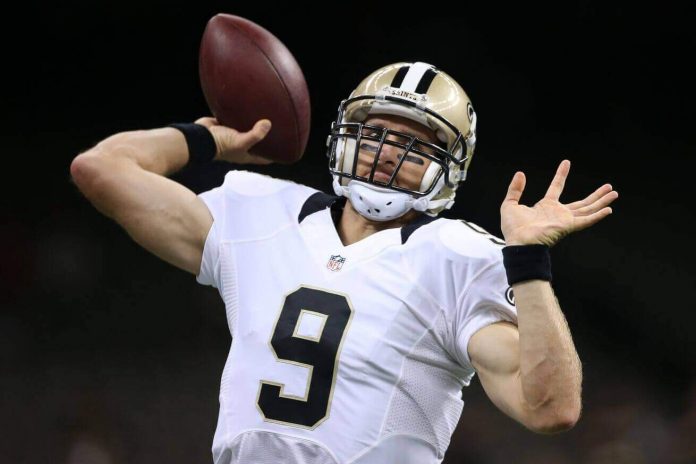 Record numbers of quarterbacks have been throwing for 4,000 yards over the course of the last several seasons, and it’s clear that there isn’t a way that anything less than 4,500 yards will get the job done to lead the NFL in passing. Several quarterbacks could do it, though, and that’s why you can get any gunslinger in the league at a price of +430 or better for these NFL prop bets.

NFL Odds to Lead in Passing

Even though any quarterback in the NFL could throw for 4,000 yards at this point, more realistically, there are really only a handful of quarterbacks who could lead the NFL in passing.

The top dog is the man who led the league in passing last year, Drew Brees. Brees has made 5,000 yards a commonplace in his career, and last year, he came just short of that with 4,870. He’s going to inevitably be throwing the ball a ton – at least 600 times for sure, and he could top 700 when push comes to shove.

New Orleans isn’t good this year, and it will be playing from behind a lot, something which will create even more opportunities for a good quarterback to rack up awesome stats. Brees is set at +430, and he’s definitely our top recommendation to lead in NFL passing again this year.

Then there’s Ben Roethlisberger. The Steelers believe in letting their franchise quarterback go to work early and often in games, and he surely makes up for it. Big Ben and Antonio Brown make up the most lethal QB/WR duo in football, and it would be really shocking if these two both didn’t hit career milestones this year.

The only reason we’re down on Roethlisberger just a bit is that he doesn’t have a legit No. 2 receiver. Still, at a price of +630, Roethlisberger presents some good value if he can stay healthy for all 16 games.

Philip Rivers, Matt Ryan and Eli Manning are all quarterbacks who play for suspect teams that could be racking up stats in garbage time. Not surprisingly, they’re three of the next four favorites to win the NFL passing title this year.

With Tom Brady suspended for the first four games of the season and theoretically out of the passing title, Andrew Luck is the next most capable quarterback as far as we can tell. He’s lined at +700 in the football betting odds to win the passing title, and for good reason.

Before he got hurt, Luck was on a clip to throw for 4,300 yards. That number surely won’t be good enough to win the passing title, but let’s not forget that he was playing through really the entire season with at least some sort of ding to him.

If you’re looking for a darkhorse with value, give a whirl to Jameis Winston at 40 to 1. The Buccaneers really did well by taking Winston at No. 1 overall last season, and now that he’s had a full offseason to hone his craft, he’s got the potential to take a really big leap.

Winston was No. 11 in the NFL last year in passing yards with 4,042, and he’s got a chance to do a lot more than that this year, especially knowing that the Buccaneers are very likely going to be playing a lot of games from behind.

Who will be the starting quarterback for each team in NFL Week 1? Read 2016 NFL Week 1: Starting Quarterback Odds