Times are surely changing in the NFL. There used to be a time when running backs were workhorses and needed to carry the ball 250-300 times per year just to get their team over the finish line of the season. Now, teams use multiple backs to head their offense up, and that makes handicapping which player will lead the NFL in rushing a significantly tougher task than it would have been even five years ago.

Check out the odds on these NFL prop bets.

Rushing Picks for the 2016 NFL Season

Last year at this time, it would have been blasphemous to think that Todd Gurley, a man who didn’t even play in the Rams’ first two games, could lead the NFL in rushing. He didn’t quite do it, but he did finish third with 1,106 yards and averaged a whopping 4.8 yards per carry. With Jared Goff now expected to lead this offense as a rookie in 2016, that should put even more pressure on Gurley to tote the rock a ton. That’s why he’s the +400 choice to win the NFL rushing title in 2016.

However, we can all thank Gurley for making Ezekiel Elliott such an appealing play here to lead the league in rushing as a rookie. Again, it’s hard to fathom that a man who has never taken a snap in his professional career and was merely fifth in college football last year in rushing will lead the NFL this year, but consider this: The ghost of Darren McFadden was fourth in the NFL in rushing in 2015 with 1,089 yards.

The Dallas offensive line is legit, and if McFadden can run for almost 1,100 yards, why can’t a very talented Elliott do better than that? The price on Elliott? Merely +929.

But of course, they all have to get past Adrian Peterson, a man who has won the rushing title three times in his career, including last season. History will tell you that AP is going to have a bit of a drop off this season, but what’s to say that he can’t have a mediocre year and rush for 1,200 yards?

Considering the fact that only two men eclipsed that total last year, that very well could be good enough to get the job done. A price of +690 has garnered a bunch of action among NFL props, and we wouldn’t be shocked if Peterson was the NFL betting favorite by the time the season kicks off.

Other NFL Picks to Consider 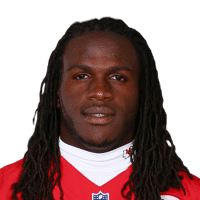 Jamaal Charles (+1700) – Remember him? Charles has never led the NFL in rushing, but the Chiefs run the ball a ton. Of course, the Texas product didn’t finish the season last year thanks to injury, but he’s back and should have another good season. He’s being overlooked for sure at 17 to 1. If Charles stays healthy, he definitely could be in charge in 2016. 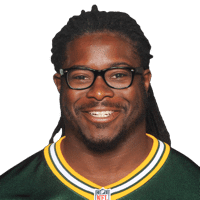 Eddie Lacy (+1700) – Reports suggest that Lacy has slimmed down and is in the best shape of his NFL career. He’s always had the potential to rumble for 1,500 yards in a season, but he’s never quite put it all together. With Jordy Nelson back in the fold, Aaron Rodgers should be even more dangerous, and that could lead Lacy to having a lot of games where he’s killing the clock in the fourth quarter to rack up big time yards. 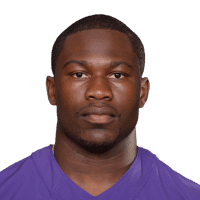 Justin Forsett (+6000) – It’s a little bit more of a stretch to think that Forsett could lead the NFL in rushing, but everything in Baltimore went wrong last season with injuries to ruin basically everyone’s campaign. Forsett has a history of being a three-down back for the Ravens, and if he does that again this year, he could be in for a really nice season. There’s no way that Forsett finishes the year with 1,500 yards or anything like that, but if he can exceed 1,000, he could be in the discussion to lead the NFL in rushing heading into the last few weeks of the year, and that’s all we could ask for at this price.

Who will lead the NFL in passing this year? Check out the football betting odds in NFL Prop Bets: Player to Lead the League in Passing