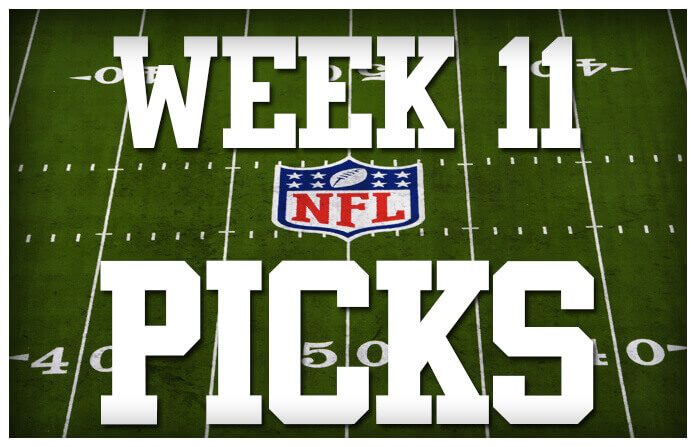 It’s about time. I posted my third winning week of the season in Week 10, going 2-1 ATS to inch myself closer to being in the black. There’s still a long way to go before I get to that point, but I’m feeling better about my chances after earning some of my money back. Arizona could have easily won outright on the road against Tampa Bay, but the Cardinals simply covered in a back and forth game. Green Bay held on to earn the cover against Carolina, yet my pick of Cincinnati to cover the number against Baltimore was way off. I went against the Buccaneers last week, but I like Tampa Bay’s chances this week. The Buccaneers have defeated the Saints at least once in each of the past four seasons, and they only lost by seven points in New Orleans earlier this year. New Orleans’ offensive line looked lost against Atlanta last Sunday, allowing six sacks against a pass rush that had been anemic, and Tampa Bay has a surprisingly stout run defense.

Tampa Bay has done an excellent job stopping dynamic running backs, shutting down Christian McCaffrey in both of their games with Carolina earlier this year. Alvin Kamara missed two games due to injury before returning against Atlanta last week, but the sensational running back did not have a great outing in his return and is unlikely to put up good numbers against this Tampa Bay defense.

Jameis Winston can play the Buccaneers into or out of any game, but I like his playmaking potential in this scenario. Tampa Bay has not been blown out by any team this season, and I believe the Bucs will keep it close. This is a must-win game for both teams, but the Rams have looked much better than the Bears this season. Los Angeles lost to Pittsburgh last week, yet this defense has significantly improved from where it was last month with the addition of Jalen Ramsey. Ramsey’s elite coverage skills have allowed the defense time to get to the quarterback, and the front seven has made the most of his presence.

LA will harass Mitchell Trubisky throughout the evening on Sunday night. Trubisky has not played well this season, and he has not tested opponents downfield with his arm. He has been inaccurate on all but the shortest or simplest of throws, so the Rams should swallow up his receivers and leave him trying to make second and third reads all game.

The Rams haven’t been great on offense with Jared Goff struggling, but I think they will put those woes behind them to earn the cover per the NFL betting odds against the Bears. The Chargers and Chiefs will meet at Estadio Azteca in Mexico City on a revamped field that will see plenty of scoring on Monday night. Patrick Mahomes has not missed a beat since returning to the field, torching Tennessee’s defense last week, but the Chiefs defense continues to underwhelm. They have allowed at least 23 points in four of their last five games, and the Chargers have an offense capable of lighting up the scoreboard.

Philip Rivers and Los Angeles have had a few extra days to prepare for this game after playing on Thursday Night Football last week, and that will give them extra time to find ways to succeed against a Chiefs defense that has not played up to its potential. These teams combined to score 66 points in their first meeting and 57 points in their second meeting last season, so the total should be a few points higher with the dynamic playmakers present on both teams.