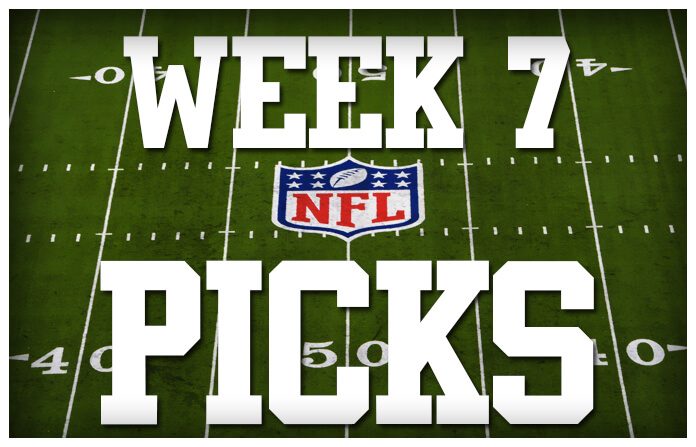 NFL Week 6 was a brutal one for sports bettors everywhere. Time to reload our Bookmaker.eu account again. That’s just the way the football bounces, I guess.

No worries, Week 7 presents us with another chance to bounce back, with plenty of great matchups on the board. Take a look below at our predictions for who covers this NFL weekend.

Last season, the Broncos won three of their first four games before losing eight straight, and this year feels like a similar trend is unfolding. Though they looked solid enough against the Rams, I’m much more convinced by their four straight losses than the two wins they got early in the year.

These London games always tend to turn into blowouts, and the Titans don’t look capable of blowing any team out right now. Meanwhile, the Chargers have been getting better every week.

The Patriots did enough to beat the Chiefs on Sunday, but their defense was still short of convincing, and while Tom Brady is a genius on the field, we haven’t seen him against a defense like the Bears yet this year. Should be a good one.

BakerMania has cooled off quite a bit in recent weeks, but the Cleveland Browns have already proven they’re not the same Browns team as last season. The Buccaneers’ spotty defense should be a good opportunity for Mayfield to get back on track.

Brock Osweiler looked fine for the Dolphins last week against the Bears, but the confusion surrounding the team’s quarterback situation doesn’t sound like a positive development for Miami.

The Eagles looked like Super Bowl champions again last Thursday, running the Giants up and down the field in a dominant win. How much of that is due to the Eagles returning to form or the Giants’ struggles remains to be seen.

The Bills are an absolute disaster, and betting on Derek Anderson, who has started just four NFL games since 2011, seems like an insane proposition.

The Chiefs have been one of the hottest teams in the NFL this season, but this is too many points to give up to a Bengals team that has looked solid all year.

It’s ugly, but let’s back the home underdog. Just don’t think too much about it.

The Houston Texans have won three straight to get right back in the race for the AFC South, but their past two wins have been anything but convincing. As long as Blake Bortles can play better than the Bills’ quarterback situation last week, the Jaguars should be able to take care of business at home.

The Saints run through the past few weeks has been quite impressive, but the Ravens might have the best defense in the league right now, so I’ll ride Baltimore at home.

The 49ers played something close to a perfect game on Monday night in Green Bay, only to get crushed by some two-minute magic at the hands of Aaron Rodgers. Laws of gambling dictate that you should always take the double-digit home underdog, but it’s almost impossible to imagine San Francisco bouncing back from such a crushing loss.

The Giants’ offense looked dead on arrival on Thursday night against the Eagles, but with a few extra days to prepare and facing off against a Falcons defense that looks just as cursed as them, they should have a chance to get things moving.