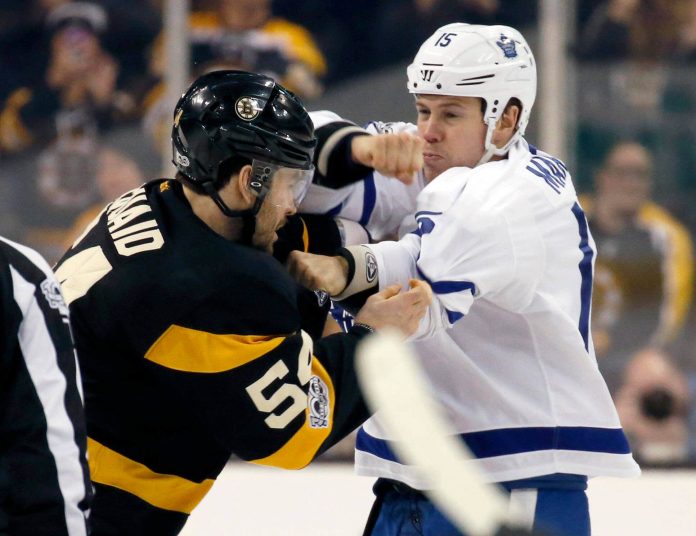 The battle for the top spot in the Atlantic Division looks like it’ll come down the wire and two teams in the thick of the race will renew acquaintances on Saturday night in an Original Six showdown. The Boston Bruins have been on a hot streak for several weeks, but they haven’t put the Toronto Maple Leafs away. Points are precious as we head to the final weeks of the season and both teams are looking to track down Tampa Bay.

Put a winning streak together and you can improve your standing in the Western Conference. However, a losing streak is damaging. The St. Louis Blues dropped into a wild card spot after losing four consecutive games and they look to get back to their winning ways when they visit the Central Division-leading Nashville Predators on Sunday.

Both teams are playing strong hockey at this time of the year and have put the pressure on the Lightning for first-place in the Atlantic standings. While they haven’t officially clinched a playoff berth, the Bruins and Leafs are well ahead of the rest of the pack in the division and as it stands right now they would square off in the first round of the Stanley Cup Playoffs.

Finishing higher in the standings means home-ice advantage and that means plenty to the Leafs, who fare much better north of the border. Toronto has won the last three meetings between the clubs in the ACC and has won two of the first three matchups in the season series. Toronto has shored up its defense behind the stellar play of goalie Frederik Anderson.

2.4 – The Bruins are the stingiest team in the league allowing just 2.4 goals per game. That number is aided by the league’s second-best penalty kill unit. Boston has killed off 84 percent of its shorthanded situations this season and allows fewer than 30 shots on net per game.

That’s allowed Tuuka Rask and Anton Khudobin to thrive in net. The pair has done its job, stopping 92.3 percent of the shots they’ve faced.

Both teams can put the puck in the net with seven combined 20-goal scorers taking the ice. The Leafs have one of the best young snipers in the game in Auston Matthews, who’s scored 27 times. While the Leafs have improved defensively, they aren’t as sound as the Bs.

With playoff positioning on the line expect this game to have a level of intensity that is reserved for the postseason. The Leafs thrive in a free-wheeling style and the Bruins just don’t let that happen. Boston’s D is solid and they have the edge between the pipes. 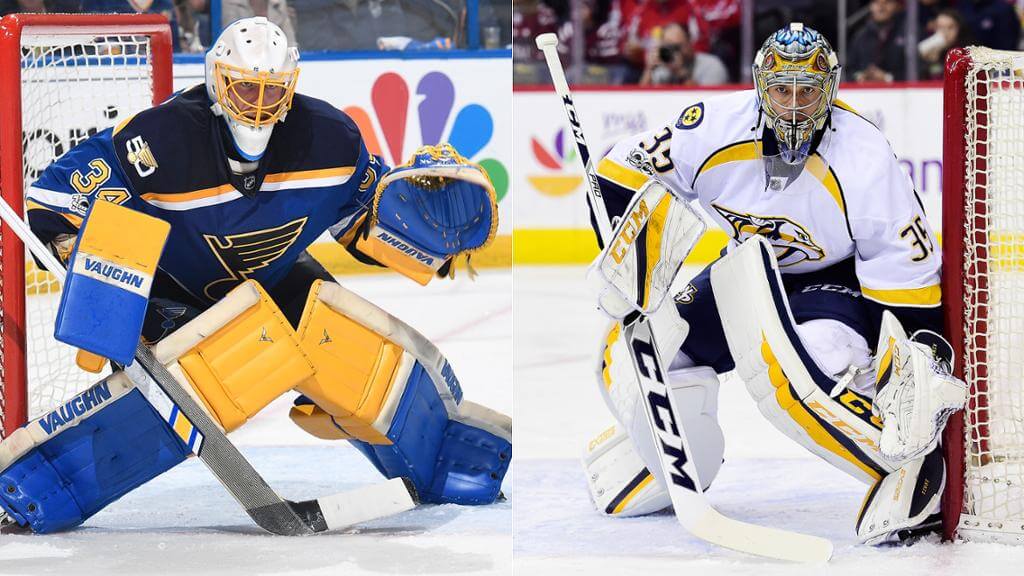 The Blues need to end their slide before they find themselves out of the playoff picture in the congested Western Conference. It’s so tight that a four-game losing streak put them out of the top three in the Central and into a wild card spot. It’s the longest skid of the season for the Blues with one of those defeats coming at the hands of the Preds, who posted an overtime win just last week.

Showing no signs of a Stanley Cup hangover, the Predators have their sights on a return trip to the final. They lead the Central and responded with two consecutive victories after a 2-2-2 stretch. The division is tight and the Preds will try and defend home ice before embarking on a four-game road trip. They won the first three games of the season series with last two being one-goal margins.

4 – We’re not talking about the 1984 Oilers here, but the Blues can put the puck in the net. They have a pair of 20-goal snipers in Brayden Schenn and Vladimir Tarasenko and three others have tallied at least 12 goals. The Blues have scored 173 times on the year, which puts them in the middle of the pack in the NHL.

However, the offense has been stymied by the Preds this season, scoring just four times in three games. Pekka Rinne tossed a shutout in the first meeting and allowed just one goal in a 2-1 victory the second time the team’s played. St. Louis had some success the last time scoring three times, however it was the Blues’ third loss to Nashville.

Nashville doesn’t do anything great they just do everything extremely well. They have only one 20-goal scorer, but there are seven players that have reached double figures. Their leading scorer is defenseman P.K. Subban, who has yet to reach 50 points.

But the Preds are a top-10 team in goals per game and they allow the third-fewest goals in the NHL. Their special teams are good and the defense is solid. The Blues have yet to dent the win column against the Preds and playing on the road against one of the better home clubs is a chore. Both teams play a tight-checking brand of hockey and the goalkeeping is stellar. This has the makings of another close, low-scoring battle that goes the way of the home team.