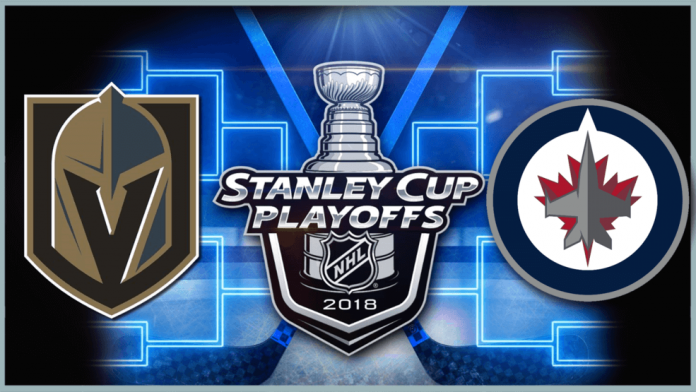 If you predicted the Vegas Golden Knights and Winnipeg Jets squaring off in the Western Conference Final raise your hand. If your hand went up you’re either a liar or the best NHL prognosticator on the planet. And I’m leaning toward the former. Defying all odds in their expansion season, the Golden Knights can accomplish something in their first season that the New York Rangers have managed to do in the last 80 years – win Lord Stanley’s cup.

The Winnipeg Jets have as many playoff series wins as Vegas after they went into Nashville and beat the Predators in Game 7 on Thursday night. The Winnipeg/Atlanta franchise hadn’t even won a playoff game before this season, so this is all new to both clubs. Meanwhile, the Eastern Conference has a couple of playoff regulars battling it out and we will have a new Stanley Cup champion after the Washington Capitals knocked off the two-time defending champion Pittsburgh Penguins in the second round.

We continue to be amazed at the Golden Knights as they carry on their postseason run. It’s hard to call them an expansion team with the level of talent they acquired in the expansion draft and watching them win 51 games and the Pacific Division title. And for the first time in the postseason they will open on the road. However, playing away from sin city hasn’t affected them too much. They went 22-14-5 during the regular season and they are 4-1 in the postseason, closing out the first two series with shutout victories. Those were two of Marc-Andre Fleury’s four shutouts in 10 playoff games and the Golden Knights have allowed just 17 goals.

This whole playoff thing is new to the Jets as well. The team floundered in Atlanta, reaching the postseason once in 11 seasons and getting swept in the first round. Four seasons after relocating the Jets qualified again, only to be swept again. They had their finest season winning 52 games and guaranteed a new West champion by knocking off the Preds in seven games. But they lost their last two home games scoring a total of one goal. Now they have to face the hottest netminder in the playoffs in Fleury. On the flip side they scored 11 times in the last games in Nashville and netted 23 goals against the Preds tough defense. And they can score led by Mark Scheifele’s NHL-high 11 in the postseason.

17 – For whatever reason the Jets have found it difficult to put the puck in the net in their last two home games and they face the stingiest defense in Game 1. Behind the stellar goaltending of Fleury, Vegas has surrendered only 17 goals in 10 games, which is fewer than New Jersey allowed in half as many contests. Fleury is no stranger to the big stage having won three cups with the Penguins, and he’s carrying the Golden Knights with a 1.53 goals against average while stopping 95.1 percent of the shots he’s faced.

The Jets have plenty of offensive firepower leading the league in postseason goals with 43. And their top line of Scheifele, Blake Wheeler and Kyle Connor has combined for 16 goals and 23 assists. It’s hard to imagine Fleury playing as well as he has and the puck luck that he enjoyed in the Game 6 win over San Jose is about to turn. The Sharks hit four posts in that contest and were shutout 3-0. The hockey Gods have a way of evening things out and the Jets will aid that with their constant pressure to take the first game of the series.