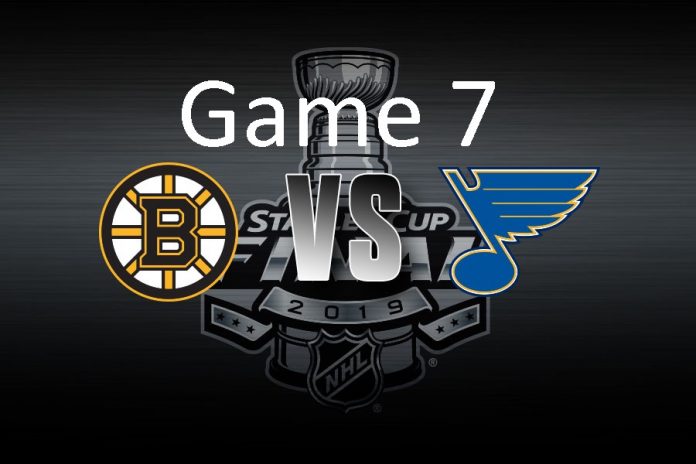 The St. Louis Blues may regret Sunday’s 5-1 home loss to the Boston Bruins in game six of the Stanley Cup Final for the rest of their lives. With the chance to clinch their first ever Stanley Cup championship in front of their home fans the Blues simply weren’t good enough.

The Blues have been the most resilient team in the NHL this year, but the Bruins matched them in that category in game six. With the season on the line and facing elimination Boston was the better team.

Now the pressure is on for both sides in anticipation of Wednesday’s game seven. The winner gets the Stanley Cup, the loser leaves with the pain of coming so close and possibly never getting another chance.

Live betting figures to be quite fluid for this one as Boston will draw money for both home ice and their iconic status as a blue blood Original Six team. St. Louis will catch their share of betting dollars based on value and that the underdog is always a good play in an even series. As the game progresses there will be plenty of reactive live betting that could offer both overlays for the casual player and bargains for the astute gambler.

Game six proved to be a character statement for the Bruins. It began with Tuukka Rask stopping 28 out of 29 shots and keeping the Bruins in the game early on when the Blues carried the attack with several good scoring chances. From there Brad Marchand set the tone with the first goal of the game on the power play. Marchand has not had a productive series and that goal was as big for him as it was for the Bruins. For the third time this playoff season the Bruins won a game in which they face elimination.

It was a carnival atmosphere all weekend in St. Louis as fans packed the downtown streets set to party. An all-night celebration was anticipated in the streets and square next to Enterprise Center. But needing a win in game six to clinch the Stanley Cup the Blues were not up to the test.

All told the 5-1 loss was a massive letdown for them and the city. Can the Blues recover? So far, their record in the post season says that they can. St. Louis has won six of their nine playoff games this year that followed a loss.

Tuukka Rask has been the Bruins best player in the playoffs so far. Rask has a playoff save percentage of .938 with two shutouts and a 1.93 goals against average. His record is 15-8.

Jordan Binnington of the Blues has a save percentage of .911 in post season with a shutout and 2.52 goals against average. His record is 15-10. Binnington may not be as dominant as Rask but he has been at his best when it has mattered the most.

We have an even series that has come down to a single game. With that in mind the underdog is usually the better value. Time and again this post season, St. Louis has defied the experts starting on January 3 when they were written off for dead as the team with the worst record in the NHL. Expect an extra tight checking affair here with the road team trend continuing.