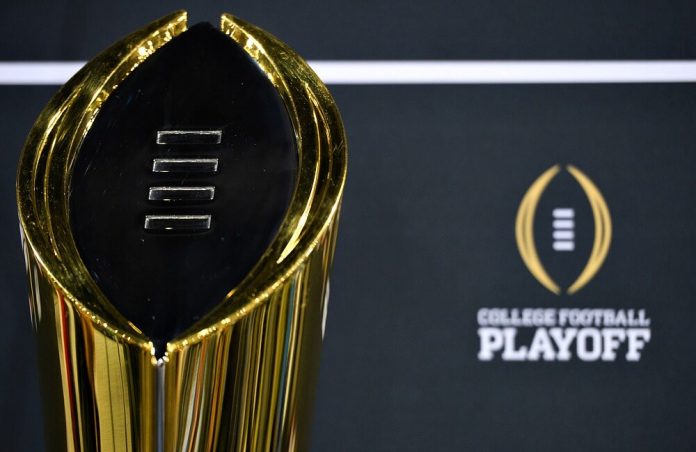 The College Football Playoff got a huge shakeup last week when both Alabama and Miami were knocked from the ranks of the unbeaten teams. Realistically, there are eight teams left fighting for four spots into the playoff, seven of whom are playing this weekend.

On Tuesday, BookMaker.eu released odds on seven of the top contenders and whether they would get into the CFP:

Will Alabama Qualify for the CFP?

The Crimson Tide are still favored to get into the playoff because bettors believe Ohio State is going to beat Wisconsin and not ultimately get into the top four itself. Nick Saban’s crew would much rather be playing in the SEC Championship Game this weekend, but it couldn’t take care of business against Auburn. Now, the Tide have a shaky resume and are going to have to hope that the name “Alabama” carries enough weight to get them into the playoff.

Will Auburn Qualify for the CFP?

You’d think that the math is relatively simple for Auburn. Win the SEC, and the Tigers are in. Lose, and it’s off to a New Year’s Six game. But maybe it isn’t that simple. What if Georgia beats Auburn, Miami beats Clemson, TCU beats Oklahoma and Ohio State beats Wisconsin? We’d imagine that Ohio State, Georgia and Miami would all be in, but who would be the fourth team at that point? Probably not three-loss Auburn, but you never know.

Will Georgia Qualify for the CFP?

Will Clemson Qualify for the CFP?

The Tigers could make a case to stay in the playoff even with a loss to Miami. Miami and SEC winner would surely be in at that point, but do the Tigers have a strong enough resume, especially if Auburn beats Georgia and takes over the No. 1 spot in the country, to stay in front of Alabama? It’s entirely possible. Dabo Swinney’s crew would be much better-served just beating Miami and entering the CFP as the No. 1 team.

Will Oklahoma Qualify for the CFP?

The Sooners could have a backdoor into the playoff as well with a loss to TCU. Should Ohio State win the Big Ten and the rest of the chalk hold, the committee is going to have a heck of a time deciding that last spot between Alabama, Oklahoma, Ohio State and TCU. The benefit the Sooners have? Victories over two of those four teams.

Will Wisconsin Qualify for the CFP?

The Badgers are grossly undervalued here at +264 to get into the playoff. The simply need to beat Ohio State to have their place cemented. Of course, a loss would send the Badgers either to the Rose Bowl (should OSU be in the playoff) or another New Year’s Six bowl game (should the Buckeyes get left out and get sent to Pasadena).

Will Ohio State Qualify for the CFP?

The Buckeyes aren’t necessarily in with a win, but they feel like they should be. An Oklahoma win over TCU would probably help, as would a Georgia win over Auburn to discredit Alabama’s lone loss a little bit more. OSU became the first team to get into the CFP without winning its conference. It’s going to hope to not be the victim of the second a year later.