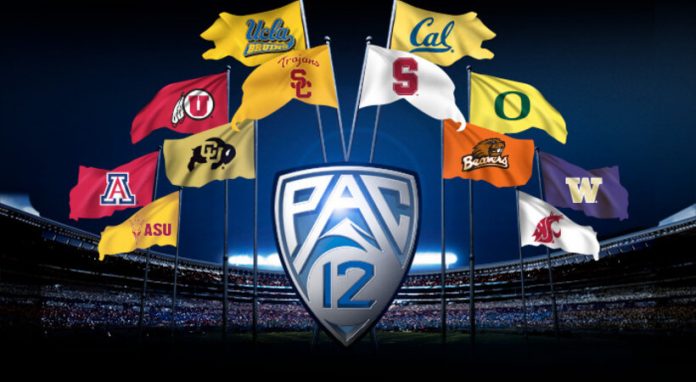 Four different teams have won the PAC 12 conference championship over the past four seasons. The USC Trojans are the defending champions but the departure of star quarterback Sam Darnold will make it tough to repeat.

The Washington Huskies could be poised for a second conference title in three year, as they bring back a lot of talent on offense, led by quarterback Jake Browning and running back Myles Gaskin. The pair was the engine of the Huskies’ offense last season and should be the go-to guys again this year.

USC went 8-1 against Pac-12 competition last year but Darnold and running back Ronald Jones II are now in the NFL. The biggest question is who will take over at starting quarterback and the job is still up for grabs between true freshman JT Daniels, redshirt freshman Jack Sears and redshirt sophomore Matt Fink. The defense saw turnover too, but much of the Trojans’ success this season will rely on who lines up behind center.

Oregon is on its third coach in three years, as Mario Cristobal moves in to replace Willie Taggart, who left for Florida State. The have an experienced quarterback in Justin Herbert who will return for his junior season with the Ducks. Herbert missed five games last season with a broken collarbone and his absence severely derailed Oregon’s season. If he can stay healthy, the Ducks could see a lot of improvement this season.

Stanford returns the reigning Pac-12 Offensive Player of the Year in Bryce Love. Love accumulated 2,118  yards on the ground last year and set a new school record when he ran for 301 yards against Arizona State in September. The Cardinal defense will need to improve for the team to have a shot at the conference title, but it’s hard to count this team out.

Those are the four main teams expected to compete for the conference crown, but there are other longshots that could make their way into the mix.

Washington has the most well-rounded team and a star quarterback, so it’s easy to see why it is the favorite, but the Pac-12 can often be unpredictable and it doesn’t make sense choose the Huskies at those odds.

The Arizona Wildcats are an interesting team. They don’t have near the depth and talent as the strongest programs but boast superstar quarterback Khalil Tate, who could be in the Heisman Trophy discussion. If Tate dominates the Wildcats could compete.

The UCLA Bruins have brought in Chip Kelly, which is an intriguing hire. He had great success at Oregon in the past and will aim to find some magic this year with the Bruins, even though star quarterback Josh Rosen headed to the NFL. UCLA is definitely worth a wager at these underdog odds because of Kelly.

Who Your Should Bet On

This could be a topsy-turvy season in the Pac-12. Washington should be good but Stanford’s power running game will lead the way to another conference championship.