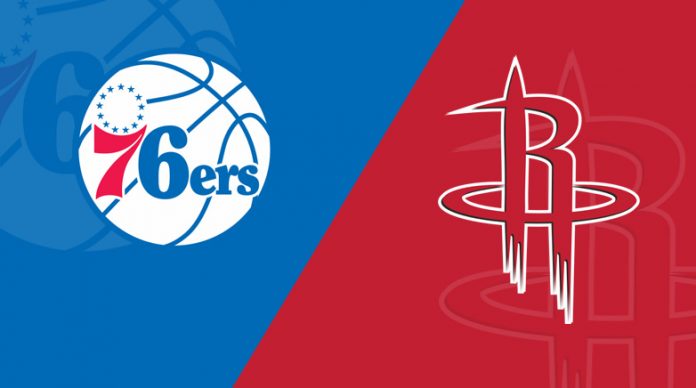 The Philadelphia 76ers and Houston Rockets both fancy themselves title contenders, and could help those odds by moving up in the playoff seedings down the stretch. Each is jockeying for position in its respective conference as they prepare for a critical head-to-head showdown.

These teams have a pretty even talent level and it could be a competitive contest. The Rockets are at home, which will make them the favorites. Houston hasn’t played as well as expected this season but has looked good lately and could be the main challenger to Golden State’s crown in the West.

The 76ers are looking up at the Bucks and Raptors in the standings but have the ability to hang with those teams in the postseason. This is a game both sides badly want to capture.

The 76ers have a record of 41-24 on the season. They are one game behind the Pacers for the No. 3 seed in the East and are hoping to grab it in order to avoid a first-round matchup with the Boston Celtics. Philadelphia has been great at home but a mediocre 16-15 on the road.

The Rockets are 39-25 on the season and they currently sit in a three-way tie with the Blazers and the Thunder for the No. 3 seed in the West. Houston has the tiebreaker over the other teams and would love to finish in that spot. The Rockets have gone 22-9 at home this season and will aim to keep that up.

Philadelphia’s star big man, Joel Embiid, has missed seven straight games with left knee soreness and he has already been ruled out of this matchup. It is a big absence as he is one of the most talented players in the NBA. Embiid is averaging 27.3 points, 13.5 rebounds and 1.9 blocks per game on the year.

The 76ers need to be cautious and make sure he is ready to go for the postseason, but for a player with a history of injuries, the prolonged absence is concerning. Philly would have been the underdog in this game either way, but Embiid’s absence will likely give the 76ers a couple of more points on the spread.

Harden has been dominant all season long for the Rockets as he is going to cruise to the NBA scoring title. However, this is a tough matchup if Butler guards him for most of the game, as could be the case. Butler is one of the best individual defenders in the NBA and will aim to force Harden into a lot of tough shots.

Harden does a great job of drawing contact so Butler will need to make sure he stays out of foul trouble. Harden is going to  get his points, but if Butler makes it so that they come inefficiently, it would allow the 76ers to hang around.

The Rockets were a one-man band for a stretch this season but they have gotten healthy and have reeled off six consecutive victories. Houston will have Harden leading the way but players like Chris Paul and Clint Capela should also play a nice role.

The Rockets have knocked off the Raptors and Celtics in their past two games and will continue their successful jaunt with a win over the 76ers. Houston is also the pick to cover the spread.