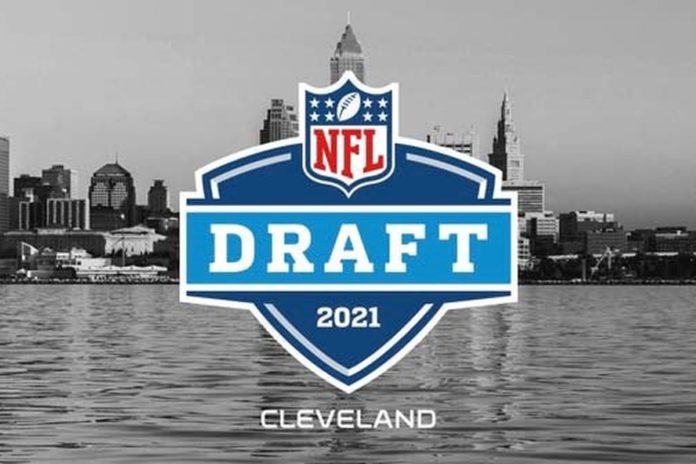 It’s a foregone conclusion that Clemson Tigers quarterback Trevor Lawrence will be the first player chosen in the 2021 NFL Draft on April 29th. You’ll get odds anywhere from -8,000 to -100,000 that Lawrence will be the guy whose name is called first when the Jacksonville Jaguars step up to the podium. In fact, there’s word that the Jags have already sent Lawrence a copy of their playbook.

However, that doesn’t mean there aren’t going to be plenty of wagering opportunities available to bettors during the festival of anticipation that is the annual NFL Draft, as the best players in college football take their first steps into the pro ranks.

Check out any of the leading online betting sites and you’ll find a plethora of prop bets on offer. Next to Super Bowl Sunday, the NFL Draft offers the most extensive array of props of any time during the football season.

When Will Their Number Be Up?

There are props available from Bovada asking which player will go in the second and third overall slots. Brigham Young quarterback Zach Wilson is the prohibitive -1000 chalk to go second overall to the New York Jets. However, the No. 3 position is one that should see plenty of betting action.

The Miami Dolphins originally acquired this pick from the Houston Texans, but then they recently dealt it to the San Francisco 49ers. The Niners made it clear that they are in the market for one of the other QBs available in the 2021 draft. Speculation is it will either be Ohio State’s Justin Fields or Alabama’s Mac Jones. Fields is currently the -150 favorite, although Jones is also carrying short odds at +130. North Dakota State’s Trey Lance is also in the argument at +450.

There are also props at Bovada offering odds on players being selected in both the top five and the top 10 selections of the draft.

Other Firsts For Consideration

Penn State’s Micah Parson (-500) is the odds-on pick to be the first linebacker drafted. Alabama’s Najee Harris (-170) is expected to be the running back who’s first to hear his name called on draft night.

TCU’s Trevor Moerhig-Woodard (-500) is favored to be the first safety drafted. Florida tight end Kyle Pitts is listed as the first non-quarterback to be drafted at odds of -120.

Wide receiver is one of the more competitive spots in terms of who will go first on draft night. However, it appears that LSU’s Ja’Marr Chase, who opted out of last season, is pulling away from the Alabama tandem of Jaylen Waddle and DeVonta Smith. Chase is now listing at a betting line of -1000 to be first wideout selected. Waddle is at +750, with Heisman Trophy winner Smith running third at +800.

Will QB Record Be Challenged?

The 2021 NFL Draft is clearly a QB-heavy class. The top three picks all figure to be QBs. But will the record for most QBs selected in the first round be challenged?

In 1983, there were a record six signal callers who heard their name called in the first round of the draft. The list included Dan Marino, John Elway, Jim Kelly, Tony Eason, Ken O’Brien and Todd Blackledge.

Oddsmakers aren’t expecting that the 1983 record will be broken. They’ve established the bar on total QBs selected in the first round of the 2021 NFL Draft at 5.5. Under is the -450 favorite. Bettors can access odds of +275 if they opt to play the over.