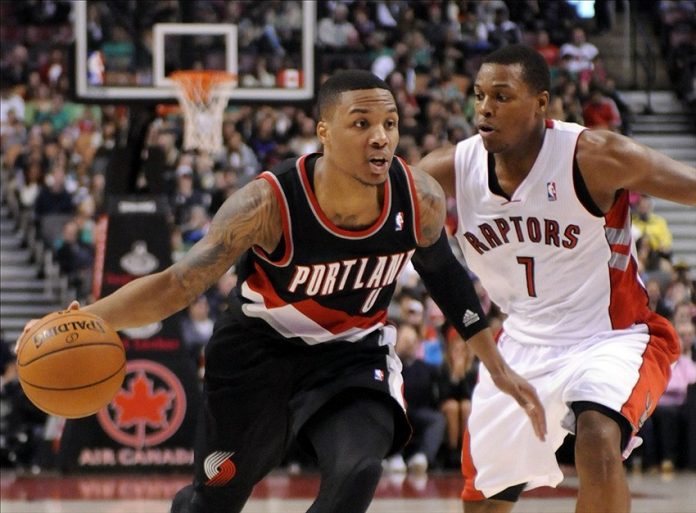 The Toronto Raptors will be gracious hosts on Friday when the Portland Trail Blazers come to town. But things will change once the opening tip takes place. The Blazers helped the Raps in the East standings by knocking off Philadelphia and Boston as part of four straight wins to open a season-long seven game road trip. The Raps don’t want to be victim number five.

Both teams are coming off wins over the Celtics and can swap notes, but they also have bigger things planned. Five straight wins overall has the Blazers inching closer to the top of the Western Conference while the Raptors have won eight of nine and are trying to track down Milwaukee for the top spot in the East.

We have a matchup of two teams playing superb basketball, so something’s gotta give. The Blazers started their trip as one of the worst road teams holding down a playoff spot. Four wins in four games later they are still a game under .500, but that’s a lot better than where they started. And they’ve taken down some heavy hitters in the process, starting in Brooklyn with Philly and Boston falling victim as well. The only non-playoff team in the bunch was Cleveland.

The Raptors had a near sweep of February going 8-1 during the month by closing it out with a 118-95 win over Boston. The only blemish on the record was a 113-98 loss to Orlando last Sunday when Kawhi Leonard didn’t play, and apparently neither did the rest of the team. The Raps avoided losing consecutive games for the first time in over a month. Despite their run of success, the Raps actually lost ground to Milwaukee, though they own the second-best record in the Association at 45-17.

Home court advantage in the NBA is unlike any other in pro sports. Protecting your home floor is important to producing a good record and teams that do well in their barn are contending for a playoff berth, top-seed and most times a league title. Thanks to their stellar record at Scotiabank Arena, the Raptors are among all three. Of course you can’t win the O’Brien Trophy without first making the playoffs and having home court in the postseason certainly helps, but you get the idea.

There was a hiccup against Orlando last weekend when the Raps lost a rare home game. But they’ve been consistent winning 15 of 17 north of the border and going 26-6 overall. Their win total is the highest of any Eastern Conference team and second in the Association to Denver. The Raps have won three straight over Portland at home while cashing the over in the last five meetings.

Coming off a 20-point win in Golden State in a game Leonard didn’t play, the Raptors were spent for their next game, which took place in the Rose City two days later. Leonard was back in the lineup for the first meeting with the Blazers and dropped 28, but Toronto’s strong bench was significantly outscored by Portland’s, leading the Blazers to a 128-122 victory.

Toronto will look much different on Friday with Marc Gasol, who was still a member of the Grizzlies back in December, and Kyle Lowry in uniform. Lowry and Jonas Valanciunas missed the game due to injury and the Raps bench was impacted by the absence of both leading to the discrepancy in point production. Valanciunas was dealt for Gasol, who is averaging 9.2 points and 5.8 rebounds in six games since being acquired.

Based on recent form it’s safe to say we will see points scored. The Blazers averaged nearly 124 points in the first four games of their five-game winning streak and the Raps have scored at least 118 points in seven of their last nine outings while possessing the sixth-highest scoring team in the league. Winning on the road in the NBA isn’t easy and the Blazers have to be fatigued after taking four in a row, and they’re just past the halfway point of the trip.