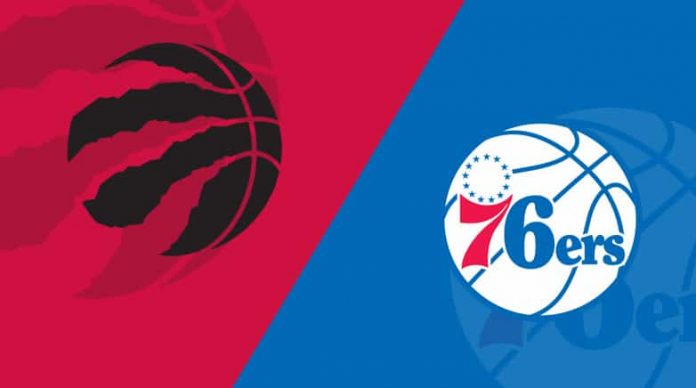 The Philadelphia 76ers have gone from favorites to win their Eastern Conference semifinal series against the Toronto Raptors to substantial underdogs after two straight losses. Philly will return home for Game 6 in a do-or-die scenario as it now trails 3-2 in the series.

The Raptors looked fantastic in Game 5 and are smelling blood as they hope to end things and move on to the final four of the NBA postseason. Kawhi Leonard has been a dominant force for Toronto and the 76ers have to figure out some way to slow him down.

This game is close to a toss-up and the 76ers are hoping the home court advantage helps lift them to the victory to force a Game 7.

The Raptors are on the road but are still listed as the 2.5-point favorites to win this game and move on. Toronto is -128 on the moneyline while the 76ers come in at +108 to secure the home victory. The Raptors easily covered last time out and pulled off an upset the last time these teams played in Philadelphia. The scoring total is listed at 213 points.

The Raptors outscored the 76ers by 20 points in the second quarter to take complete control and cruised to the 125-89 victory. Leonard was impressive again, finishing with 21 points and 13 rebounds. Pascal Siakam is still dealing with a calf injury but showed no ill effects, scoring 25 points and hauling down eight rebounds.

Philadelphia got 22 points and seven assists from Jimmy Butler but no one else in the starting lineup played up to expectations. Star center Joel Embiid had just 13 points and six rebounds, while Ben Simmons finished with seven points and seven rebounds while J.J. Redick had only three points.

The 76ers have one of the most talented starting groups in the NBA but you would not know it from the way they played.

Embiid did not sleep well before Game 5 and was sick for it. That illness showed up in his play as the Philly All-Star was not his usual dominant self. It is obviously integral that Embiid is back to full health for Game 6 because the 76ers are going to need a big game from him.

Keep a close eye on any updates about Embiid’s health. The training staff will obviously do everything in its power to make sure he is good to go.

Toronto center Serge Ibaka suffered a cut on his head in Game 5 after taking an inadvertent elbow from Leonard, but returned to the game and seems like he should be good to go for Game 6.

The Raptors have all the momentum and are the better team, but Philadelphia is not just going to roll over. It will be interesting to see how the team responds, but the feeling here is that an inspired effort is on the way. The 76ers are the pick to come in with a sense of urgency and secure a victory to force a Game 7.