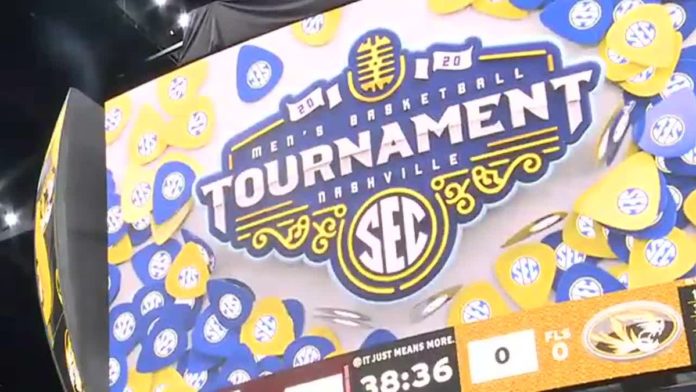 The Southeastern Conference is the premier league when it comes to college football. Not so much for hoops. And with the Kentucky Wildcats having a down year, the league has fallen further behind the top conferences in the country. What that does, however, is set up a conference tournament where every team has a shot at winning the automatic bid to the Big Dance. Since it is Kentucky and the Wildcats have been the beast of the Southeast for years, don’t count them out just yet. The top of the odds board suggests tight competition with the five favorites all at shorter than 9/1 odds.

The SEC men’s basketball tournament runs from March 10 to March 14, 2021 from Bridgestone Arena in Nashville, Tenn. All the action will be carried on the SEC Network and ESPN.

Folks in Tuscaloosa are going batty over their Crimson Tide. A dominant force on the gridiron with another national championship added to the trophy case, the boys on the hardwood are looking for their own pot of gold. Bama earned the No. 1 seed and tournament favorite finishing 2.5 games clear of Arkansas in the league standings with a 16-2 ledger. The Tide rolled to a 21-6 overall mark. The Hogs are the hottest team coming in having won eight straight, including an 81-66 dismantling of Alabama a few weeks ago.

While we don’t know who will win the tournament since the top of the standings and the odds board is congested, we do know who won’t win. If you paid close attention to the list of odds or any bracket you would know there are only 13 teams listed. And since there are 14 teams in the conference one is missing. The Auburn Tigers won’t be participating due to self imposed rules violations. The one team that benefits from Auburn’s absence is South Carolina. The No. 11 seed moved into the second round without having to play on opening night. That’s about the only thing that will go right for the Gamecocks.

The top four seeds get some reward for their hard work during the season. Bama, Arkansas, LSU and Tennessee all get a double-bye into the quarterfinals while their opponent will have played the night before.

The championship game is scheduled to be played on Sunday, March 14 at 1 p.m. ET.

Alabama seems like a team of destiny as it goes after the first tournament title since 1991. The Tide wasn’t among the top-5 on the SEC odds board at the start of the season yet they surprised everyone by winning the regular season crown with a 16-2 record. How good are they? Well, SEC player of the year Herbert Jones was the team’s fourth leading scorer. Jones averaged 11 points, 6.1 rebounds and dished out 3.1 assists showcasing his multi-level talent on a nightly basis. Bama averaged nearly 80 points during the season, but they also surrendered 70.3 so there is some concern about their style of play. Their late season loss to Arkansas and making plans for their trip to the Big Dance has me worried.

The Razorbacks are hot and you can’t ignore a team on a roll. They won eight in a row and 11 of their last 12. While the scoring isn’t as balanced as Bama’s, the numbers are better. Led by Moses Moody, who placed third in the SEC with 17.5 points per game, the Hogs led the SEC and placed seventh nationally with 83.3 points per game. Moody dropped 24 in the win over Bama a few weeks ago.

You can’t talk about SEC basketball and omit Kentucky from the conversation. It was a bad year for Coach Cal and his kids but that 9-15 record and losses to Richmond and Notre Dame among others will all be forgotten if the Wildcats can reel off four wins. It’s unlikely, but it is Kentucky we’re talking about. The ‘Cats have a league record 31 conference tournament titles. The next closest is Bama with six, giving you an idea of just how dominant UK has been.

There are several good teams in the SEC, but no great teams. If one player gets hot he can carry his club. LSU’s Cameron Thomas is that guy. He led the league averaging 23.1 points and has enough of a cast around him to make some noise. Kentucky had the entire season to get it right and they didn’t, don’t bet on them winning it all. Both Tennessee and LSU are right behind the favorites on the odds board but they’re getting little attention Maybe that’s what motivates them to a conference championship. In the end I like Arkansas and their potent offense to prevail.