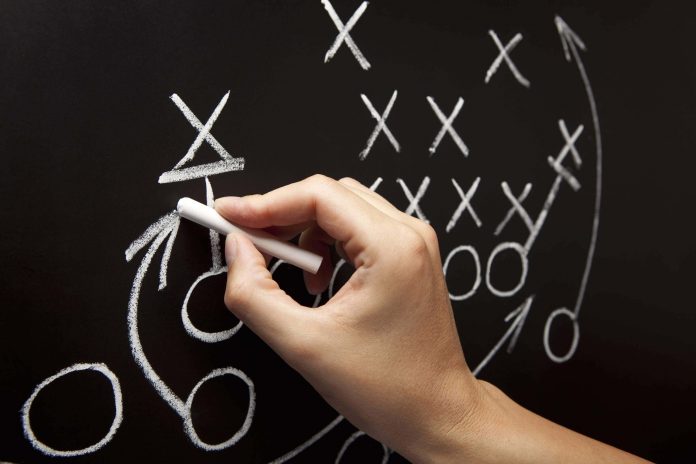 The Colorado Buffaloes made headlines early in the 2016 college football season by releasing a depth chart to the Michigan Wolverines that included Elmer Fudd at quarterback, Happy Gilmore at punter, Bernie Sanders at free safety and Bill Walton at a fictional position called “Roamer Dude.”

Of course, Jim Harbaugh and the Wolverines didn’t take too kindly to that, but the Buffs essentially made light of the common knowledge that anyone who has watched any games over the course of the season or scouted any film knows darn well what the depth chart looks like for any given team.

Fortunately, you don’t necessarily have to be watching the coaches’ film of every single game in college football to know what college football and NFL depth charts are going to look like. Several reputable websites, not the least of which are those of the teams themselves, post depth charts every single week, showing who is expected to be active at what position and who their backups are in the event they’re needed.

Depth charts can be gambling gold for sure, and they’re a largely overlooked, yet basic fundamental element of handicapping. Consider a depth chart an injury report and coaching strategy all wrapped into one nice, neat little sheet.

Finding the betting gold, though, requires work that is a lot more in-depth than just looking at who the quarterback and the backup quarterback are.

Football Betting Tips: Where to Look in the Depth Chart

The real money is to be made in looking at the middle portions of the depth chart. Did the kicker get hurt last week and isn’t on the depth chart for this week’s game? That’s a good indication that the team, particularly if we’re talking about college football, is going to be in some trouble.

The whole game changes when you can’t kick a 35-yard field goal, kickoffs don’t come anywhere near the end zone, and you’ve got to go for two every time you score a TD. In fact, the argument could legitimately be there that the kicker and the punter are the two most important players in relation to the point spread outside of the quarterback in football betting.

In the NFL, there are dozens of free agent kickers and punters who are adequate who could be signed in the event of an injury. In college football, though, you’ve got to find someone at your own school who can put the ball through the uprights, and not every university has multiples of those men.

When you’re looking at a college football depth chart, check out how many freshmen and sophomores are being asked to play or could be asked to play. Particularly early in the season, the youngsters aren’t used to live game action against fellow college kids, and they often aren’t up to the test, especially when you’re talking about offensive and defensive line play where physicality is a key.

In the NFL, look at the depth chart as it pertains to rookies. All too often, a left tackle goes down with an injury, and only a rookie is there to replace him. That’s when quarterbacks end up getting eaten for lunch by hungry defensive ends and outside linebackers.

How Many Options Does Your Team Have?

Depth charts also tell you how many options a team has at a certain position. In the 2016 season, the New England Patriots literally only had one quarterback on their roster when Tom Brady was suspended and Jimmy Garoppolo was hurt. Jacoby Brissett was forced to play that day against the Houston Texans, but as we all know, if he went down with an injury, the quarterback spot was going to be filled by wide receiver Julian Edelman.

That’s an extreme example that doesn’t come up often, but in 2015, the San Diego Chargers had so many injuries at the wide receiver spot that they were pulling guys from off the street for Philip Rivers to throw the football to.

Sure, the No. 1 and No. 2 guys are the ones who are get all the love and attention on a weekly basis, but you can’t use a four-wide receiver set without four legitimate wide receivers, and savvy bettors looking at the Chargers depth chart found an advantage in betting against the Chargers for several weeks at the end of 2015, because of their lack of depth at a crucial position.

What’s the best betting strategy to use to win big? Check out Which Betting System Is the Most Profitable?