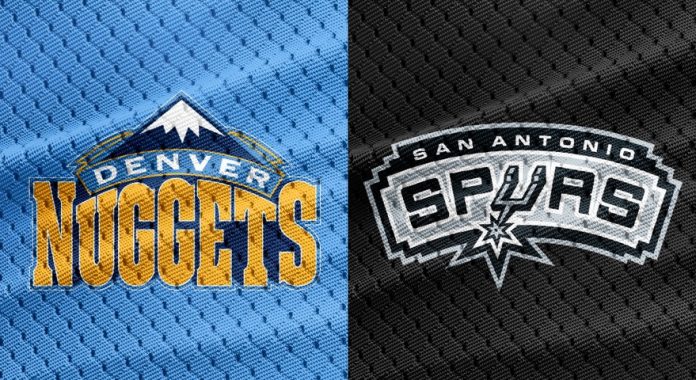 The San Antonio Spurs received a favorable draw in the first round of the Western Conference playoffs, avoiding both the Warriors and the Rockets. Now they have to make the most of it.

The Spurs are the lower seed in their first round matchup against the Denver Nuggets but plenty of people see a possible upset brewing. San Antonio has a lot of big-game experience and will aim to knock off a Denver team which had an impressive regular season but tailed off down the stretch.

This is an intriguing matchup and it could have plenty of competitive and memorable games. The playoff series will begin in earnest this weekend as the teams face off in a critical Game 1 that could set the tone for the rest of the games.

The Spurs finished the regular season with a record of 48-34 to grab the No. 7 seed heading into the postseason. San Antonio finished the year on a three-game winning streak, which helped it avoid Golden State. The Spurs went an impressive 32-9 at home this year but only 16-25 on the road, and it will need to win at least one game in Denver to pull out the series.

The Nuggets finished the year with a mark of 54-28, finishing ahead of Houston in the standings when few thought that would happen when the season began. Denver was only 5-5 in its final 10 games but the overall body of work was solid. The Nuggets finished 34-7 at home this season and if they don’t lose a home game to San Antonio they will be moving on to the Western Conference semifinals.

Each team boasts a star big man, and the one that has the better series should give his team the upper hand. Jokic had a fantastic year for the Nuggets, averaging 20.1 points, 10.8 rebounds and 7.3 assists per game, all of which lead the team. He is the focal point of the offense and has a rare passing touch as a center and that can be hard on opponents.

Aldridge led the Spurs in scoring at 21.3 points per game and in rebounds with 9.2 per contest. He is a good shooter and the Nuggets must be cognizant of that when guarding him. Aldridge will show up huge in some games but not others, so it’s integral he is a big part of what the Spurs do in this series.

The teams faced off four times in the regular season and split the contests, with each side holding serve on their own courts. The Nuggets won the first matchup when these teams faced off on December 26 by a score of 111-103. They turned around and faced off again two days later in San Antonio and the Spurs came away with the 102-99 victory.

The teams played another tight affair on March 4, with the Spurs sneaking away with a 104-103 victory. The Nuggets evened up the series in the final regular season matchup on April 3, cruising to the 113-85 win as Jokic had 20 points and 11 rebounds.

Our staff’s best bet: San Antonio Spurs +207 on the moneyline

These teams looked evenly matched in the regular season and this series figures to be a good one. Denver is really good at home and San Antonio struggles on the road, but the first game of any playoff series doesn’t always go as expected because the anxiety and nerves are high.

The Nuggets are going to get off to a slow start in this series by being upset by the Spurs in Game 1. If San Antonio wins, the moneyline should pay off nicely.