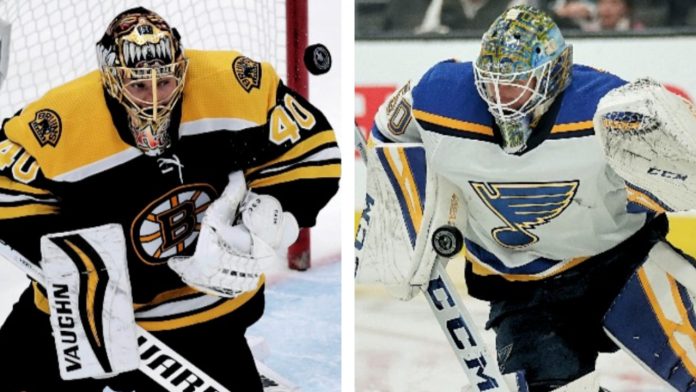 The Boston Bruins are peaking at the right time, as they head into the Stanley Cup Finals fresh off a decisive sweep of the Carolina Hurricanes in the Eastern Conference Finals. They need only one more series victory to be crowned the champions, but they are facing a formidable foe in the St. Louis Blues.

The Blues have needed to scratch and claw every step of the way but closed out their series against the San Jose Sharks in six games and now turn their attention toward the Bruins. Boston gets the home ice advantage in this series and will be the favorite, but St. Louis looked good last time out and feels like it has enough talent to pull off the upset.

The Boston Bruins are the -150 favorite to win the Stanley Cup. Boston has the benefit of the home ice advantage and has been the better team this season. The Blues are listed at +130 to pull off the upset and hoist the hardware.

The Bruins are at home for Game 1 and have been listed as the -148 favorite to take an early series lead, while the Blues come in as the slight +128 underdog to pull the upset. The scoring total has been placed at 5.5 goals, with the “under” the -140 favorite and the “over” the +120 underdog.

One-sided action drives the total down from 5.5 to 5.

92% of the early money taking the Under pic.twitter.com/NpzjPa0nPj

The Blues scored 10 goals in the final two games of the Western Conference Finals as they got past the Sharks. St. Louis won Game 5 by a score of 5-0 and Game 6 by a score of 5-1. Left winger Jaden Schwartz had three goals in Game 5 for the Blues while Vladimir Tarasenko scored one goal apiece in each of those games.

While that goal explosion is promising, Boston was just as good at finding the net against Carolina. The Bruins scored 17 goals in the four-game sweep, including five in Game 1 and six more in Game 2. Both teams have pretty good defenses, so high-scoring contests may not be as likely in the Stanley Cup Finals.

The Bruins star, Brad Marchand,  will aim to have a big series to lift his team to the championship. Marchand has 18 points in 17 playoff games, with seven goals and 11 assists. The left winger’s goal total is second on the team behind only Patrice Bergeron.

Marchand finished the regular season with 100 points and seems to always be in the middle of scoring chances for Boston. The Blues must keep an eye on him at all times as Marchand is super creative and can either set himself up for scoring chances or find his teammates.

The Blues are certainly battle-tested, as they went to either six or seven games in each of the three series before this one. However, the Bruins are the more talented team and are playing extremely well. The NHL playoffs can be a crapshoot, so it wouldn’t be a shock to see St. Louis pull off the upset.