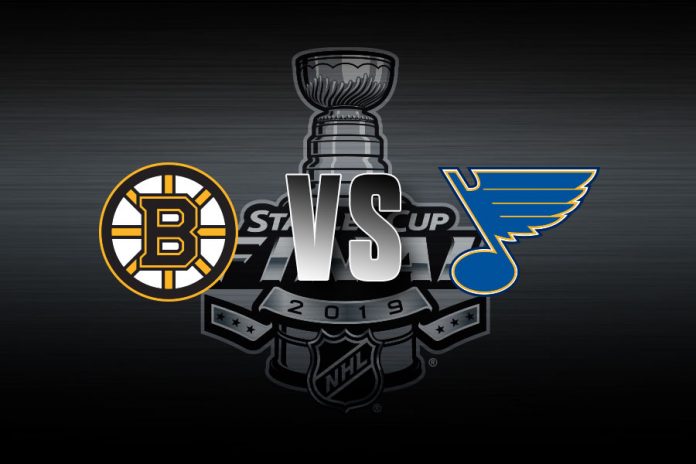 The Boston Bruins didn’t look uncomfortable at all on the road in Game 3 of the Stanley Cup Finals, dominating the St. Louis Blues to retake the lead in the series. The Blues have to play better next time out in Game 4 or risk being put in a tough spot.

St. Louis is the slight favorite in this matchup and a win would send the Stanley Cup Finals back to Boston knotted at two games apiece. This is a humongous showdown and the Blues have to take advantage of the home ice in NHL wagering. Boston, meanwhile, would simply love for a redux of the previous showdown.

The Blues are slight favorites to even this series at two games apiece, as they are the -120 favorites on the moneyline to win Game 4. The Bruins are listed at +100 to pull the minor upset. The goal total is set at 5.5 goals, with the “under” the -140 favorite and the “over” listed at +120. The Blues are the +241 underdogs to cover the -1.5-goal line, while the Bruins are listed at -295 to lose by one goal or win this contest according to BookMaker.eu.

The Bruins are the heavy favorites to win the Stanley Cup at -350 while the Blues are listed at +281 odds to pull off the upset and hoist the trophy.

The Series So Far…

After losing Game 2, the Bruins made quick work of the Blues in this one. They scored three goals in the first period and then cruised to the 7-2 victory. Center Patrice Bergeron had a goal and two assists, defenseman Torey Krug had a goal and three assists and left winger David Pastrnak added a goal for Boston.

The Bruins’ winning streak of eight games was ended in Game 2, and some wondered how Boston would react as the series shifted to St. Louis. But the Bruins showed no ill effects by scoring the first four goals of the contest. St. Louis needs to tighten up its defense or else the Bruins are going to seize control of this series in Game 4.

Blues center Oskar Sundqvist was suspended for Game 3 of the series after a hit on Boston’s Matt Grzelcyk in Game 2. Sundqvist will be back for Game 4 and is hoping to have a helpful impact for St. Louis.

Sundqvist had an assist in Game 2 and has a goal and two assists over his past five playoff games. He finished the regular season with 14 goals and 17 assists. Some on the Blues didn’t agree with the suspension but it is water under the bridge now and now St. Louis will welcome him back.

The Bruins are clearly the superior team, but playing on the road is not easy. Boston could win this game, but the best idea is riding with the Bruins to cover as 1.5-goal underdogs on the spread. Boston seems likely to lose by one goal if that happens, so this wager will cover bettors even if the Blues manage to tie the series at two after Game 4. The “over” is the better call on the goal total.