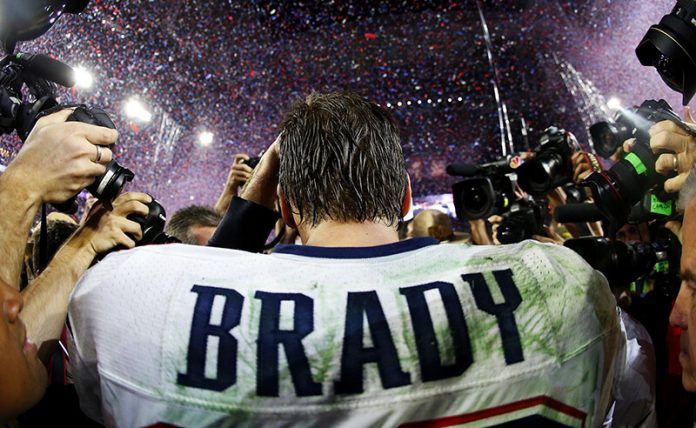 Even though the mass majority of the money wagered on Super Bowl 51 will be bet against either the point spread or the total, there will be gobs of football betting money bet on various props for the game as well.

The most popular of the bunch will be the odds to win Super Bowl MVP. For the sixth time in his storied career, Tom Brady is the favorite to win the MVP award for the biggest game of the season. Can he win it for a record fourth time?

The case for Brady is simple. He’s won the Super Bowl MVP three times, tied with Joe Montana for the most all-time. He played in just 12 games this season and will probably finish second in the MVP voting.

He’s already thrown 13 TD passes in his career against just four picks in the Super Bowl. But history aside, he’s the quarterback on the favored team to win the Super Bowl, and that’s why he’s lined at -110 to win Super Bowl MVP.

The argument could be made that there’s just flat out no value on betting on either quarterback to win Super Bowl MVP. It’s not like either quarterback has any chance whatsoever to win this honor if his team doesn’t win the game – it’s never happened before.

The winning quarterback of the Super Bowl has gone on to win MVP 27 out of 50 times, a ratio that isn’t nearly sound enough for us to think that -110 on Brady instead of -160 on the Patriots on the moneyline is a good price or that +185 on Matt Ryan instead of +140 on the Falcons on the Super Bowl betting line is a solid bet.

Should You Even Consider Other Players?

The big problem with wagering on anyone outside of these two men to win Super Bowl MVP is that it’s just so unpredictable who will actually win the award.

Who had Malcolm Smith winning Super Bowl MVP two seasons ago the last time the Pats won a Super Bowl? And who even had heard of Larry Brown when he had his three INT game in Dallas’ Super Bowl win over Pittsburgh in Super Bowl 30? (And who ever heard of him again after that?)

Julio Jones makes a lot of sense to win Super Bowl MVP at a stout price of 16 to 1. He’s clearly Atlanta’s top banana at receiver after a season with 1,409 yards and 83 receptions, even while missing two and a half games due to injury this year and being hampered a lot at the end of the regular season.

He had nine grabs for 180 yards and two TDs against the Packers in the NFC Championship Game, and we know he’s going to get targeted at least 10 times in this one.

But there are some glaring problems with Jones as well. No wide receiver has won Super Bowl MVP since Santonio Holmes in Super Bowl 43, and the last man to really be a legit No. 1 receiver and win the Super Bowl MVP was Hines Ward three years earlier.

Furthermore, Malcolm Butler has become a tremendous corner over the course of the last couple years, and he’ll be on Jones like white on rice throughout this game. Remember that Antonio Brown just had seven catches for 77 yards on nine targets in the AFC Championship Game, numbers that wouldn’t be anywhere near good enough for Jones to win the MVP of this game.

So where should you be looking to find a Super Bowl MVP? We always love players who have multiple ways to impact the game.

Julian Edelman does just that with his punt returns, while Logan Ryan is a man who can both be used in blitz packages and in coverage and could amass a boatload of stats in this game.

On the Atlanta side, the big problem that we would have with either Tevin Coleman or Devonta Freeman is that they split time in that backfield. Still, both are great receivers and great rushers, and if one of them gets hot, they could become the first tailback since Terrell Davis to cash in as Super Bowl MVP as well.