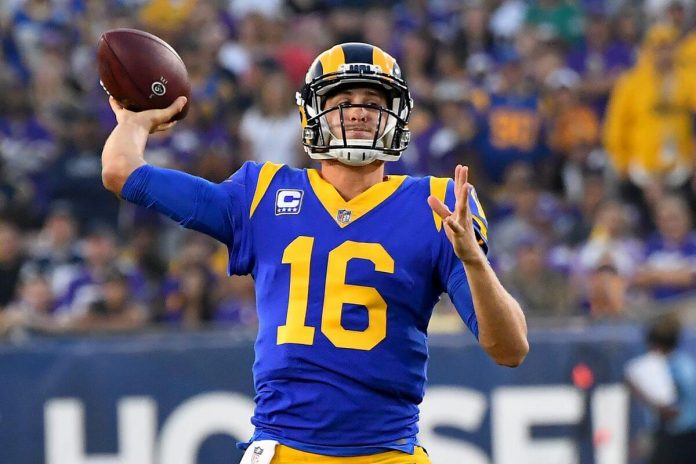 There is going to be significant money placed on the Super Bowl this year. The New England Patriots are currently the two-point favorites to knock off the Los Angeles Rams, with the scoring total set at 56.5 points. While there will be plenty of focus on the standard bets, the great part about the Super Bowl is all of the individual player props available.

There are the familiar ones, including how many passing yards, touchdowns and interceptions the quarterbacks will have, how many rushing yards the running backs will have and how many receiving yards each of the main pass-catchers will haul in. Additionally, the oddsmakers are enjoying the ability to create some unique player and team props, so there is certainly no shortage of available wagers in this game.

Take a look at all of the available wagers, because the Super Bowl is a unique event which allows for a variety of bets on the big game. There is one that stands out among the best among the intriguing player props. See below for the best choice of the Super Bowl.

It has been an interesting season for Rams quarterback Jared Goff. He began the year like gangbusters, getting mentioned alongside Patrick Mahomes and Drew Brees as the league MVP halfway through the season.

However, he then started throwing some interceptions and then watched as his touchdown pass production plummeted. The Rams boast a talented pair of running backs in Todd Gurley and C.J. Anderson, and it’s possible Los Angeles rides them in the Super Bowl.

Then again, the passing game is what got Los Angeles to this point, and Goff looked impressive in the second half of the NFC Championship game against the Saints. The over/under for passing yards for Goff in the Super Bowl is listed at 278.5.

That number looks low, and the public agrees as the vig on this wager is set at -126 for the “over” to hit. Even though it is the slight favorite, that is the right choice.

Goff has only thrown for more than 278.5 yards in two of his past seven games so it doesn’t seem like the best bet off-hand. However, consider the scenario the Rams could be in.

Our pick: Jared Goff “over” 278.5 passing yards in the Super Bowl

Reason: Last year’s Super Bowl was a shootout. Even though this one might not have as many points, it could still be an offense-heavy affair. The Rams have a great coach in Sean McVay who has two weeks to game plan a way to beat the Patriots. He is an offensive mastermind and should be able to put Goff in a position to succeed.

The total passing yardage for Goff is too low in this one. The public is on the right track as Goff should be able to surpass 278 yards in the Super Bowl. Much of this could be game script so those backing Goff should actually root for the Patriots to get out ahead.