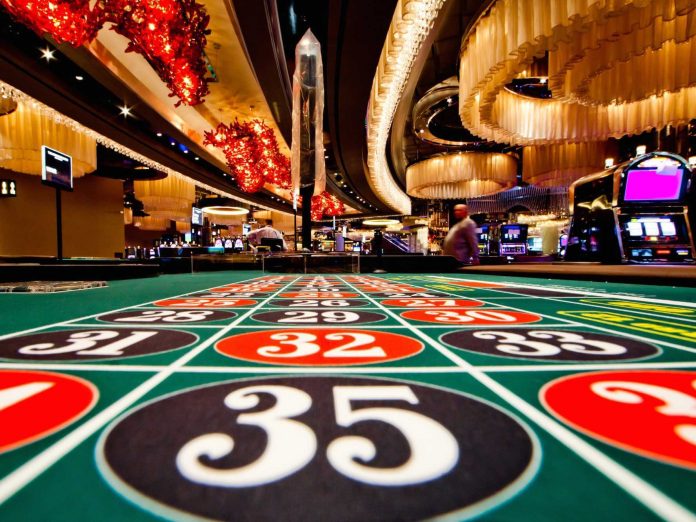 According to a recent study at the Washington University, approximately 1.6 billion people gamble during any given year. The majority of those are casino players at land based casinos or online casinos. While there is no definitive number on how much is lost, estimates range up to hundreds of billions of dollars every year.

Everyone knows that the house has the edge but that doesn’t stop people from playing.

Table Games Are Your Best Bet

We spoke with Randy Mann, a casino manager at online gambling site playMGM Casino, who agreed to share his knowledge about which games have the best odds.

What many people don’t realize is that table games have much better odds than slots. He said people are intimidated by the idea of card sharks taking their money and so they stick with the safe games, i.e. slots, where they are not competing against sharp players. But they are wrong, he said.

Mann says gamblers should not spend all their time on the slot machines. They should try their luck at the Blackjack table, and start by just watching.

Blackjack has the best odds of winning, with a house edge of just 1 percent in most casinos, Mann said. Plus, you are playing against only the dealer, not card sharks.

“Blackjack is one of the easiest games to learn to play,” Mann said. “You’re just looking for a number that’s higher than the dealer’s number without going over 21.”

If you’re new to the game, Mann said to sit down during a less busy time, such as the afternoon, and the dealer will walk you through the game.

Poker, however, is a different story. You should practice the game with your friends first, at home, Mann said, until you are comfortable with it. Mann advises new players to pass on the poker tables, where the competition is much tougher.

After Blackjack, Mann says that Craps is the  game with the second best odds at nearly fifty-fifty.

The Craps table can be a bit intimidating for the beginner with all the boxes on the table, Mann admitted. But it’s really not tough, and it has one of your best chances of winning. In the end, all you are really doing is betting on a dice roll.

After Blackjack and Craps, Roulette is the game with the next best odds Mann said. It’s simple, and pays fairly well.

“People can simply bet on their favorite numbers,” Mann said. “The dealer spins the wheel and if your number comes up your a winner.”

If you stick to betting on just Reds or Blacks, you have nearly a 50-50 chance of walking away a winner. If it lands on red when you choose red, you will double your bet, Mann explained.

While it may seem you have an even chance of winning by simply choosing a color, there is one catch that gives the house its edge: the extra green 0 and 00 position on the wheel. It’s on all American roulette wheels.

If you are feeling lucky, you can bet on just one number. It’s much harder to win, but if you do, it pays out 36 to 1.

What are the worst odds we asked? Mann wouldn’t tell us, but according to a Forbes magazine report about Best Bets at the Casino, two popular games — the Wheel of Fortune and the ever-popular slot machines — have the lowest odds of winning, with a house edge of 10 percent or more.

Mike Aponte, former member of the infamous MIT Blackjack Team has crunched the numbers, and agreed that blackjack is the best way to go home with money in your pockets. He said if you take a little time to learn the game, you have the best odds of winning.

“You are somewhere between 44 percent to 48 percent in every single hand of winning,” he said, noting that no other casino game gives you odds that good.

But Aponte cautioned that he’s not promoting gambling, because he said even games with the best odds still favor the house.

“Play it long enough and you will lose. In the long term the house doesn’t lose,” Aponte said.

Finally, if you really enjoy playing the slots, here is some good information we we told by Mann.

With slots, the more money you risk per bet, the higher your chance of winning. If you put the maximum in a penny machine, which is usually around 50 cents, you have much better odds than if you put in only 2 cents.

Penny slots have the lowest odds, with $1 and $5 slots paying much better. That being said, remember to always gamble responsibly, don’t waste your money and good luck at the tables.