Home Latest News The Sporting Events You Can Still Bet On – Available Offers for... 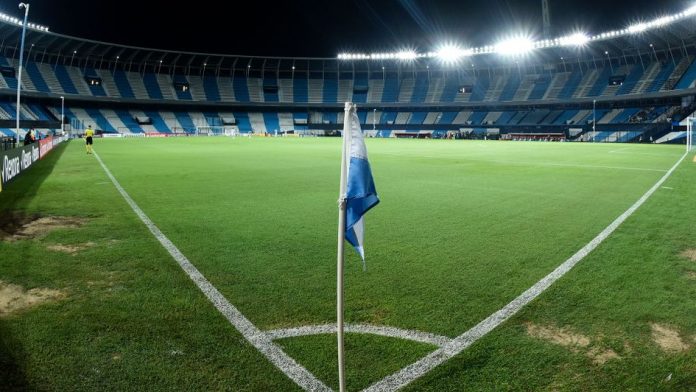 Now, the reason why most of the major sporting activities were suspended is a very serious one. It’s something that has taken the lives of many people across the globe. That is why no one must downplay the threat, and why every hand must be on deck in trying to fight this invisible enemy and curtail its spread to the barest minimum until it is no longer here. You may be healthy and fit, but you must not lose sight of the fact that many people out there are not, and they may get really ill because of the issue. So, you must always have this set of people in mind all the time.

While it would be grave to overstate the seriousness of this situation, the reality is that one way or the other, we’ll have to find how to get back to normal life. The normal life will definitely see some people looking for ways of betting on sporting events. For now, this is very difficult to achieve because action has been suspended on a lot of sporting activities. So, what can you really still bet on?

We have made a list of the events that are still available to be wagered on. There are also offers that come up daily to be used in betting on those. But because they change almost every day, we won’t capture them here. All we will take you to are the events that you can still bet on. For the best UK betting sites go to maxfreebets.co.uk. They have loads of first-rate offers, especially for new players.

Events You Can Still Bet On

There is a long list of things you cannot bet on now, and they cut across all major sporting activities across the globe. While halting them is the right thing to do right now, because we cannot place any other thing above public health, we also see the level of frustration the halt brings to enthusiasts of sports and sports betting.

However, there are some sporting activities that are still going on, including horse and greyhound racing in South Africa, Australia and New Zealand, and the United States. Some football leagues in some of the eastern European nations are still ongoing too. For instance, Russia and Belarus are still playing, while some leagues are still on in Indonesia and some South American countries. A small amount of exhibition tennis is still on too, and the majority of the bookmakers now feature them in the available bets for the day.

Apart from these, some sports that are not central, including those that many people may describe as obscure, are also seeing some actions presently. Some of them are taking the center stage right now, including table tennis, with more than 100 matches in some days. Chess and volleyball events are also going on in some areas, and many bookmakers now make them the center of their listed fixtures.

The current situation even affected land based casinos too, as many of them are currently closed. Gamblers won’t want to handle chips at the moment. They are afraid of pressing buttons, spinning the reels, and most importantly, getting into crowded areas. So, many people have now moved from the usual things to start betting on things that hitherto seemed unusual. For events that are cancelled or postponed, bookmakers try to find a fair way of settling them.

Another area to consider this time is the non-sports events area. When you check the majority of bookmakers out there, you can see markets on other things that are not sporting events. They include things like bets on who will be the next president of the United States, the winner of the Lib Dem Leadership contest, and others.

Sports betting enthusiasts are always prone to choose TV shows when they have no events to wager on. If you like enjoying award shows and TV shows, there are also bets on them that you may take part in. In 2019, Game of Thrones presented amazing markets when it was at its climax. You can still find some that are making waves at the moment and bet on them.

E-sports activities involve people playing games on their computers, and this means that nothing stops it from taking place currently. You may not enjoy the same level of entertainment you enjoy from the real sports when you get involved in this. But it provides a veritable alternative. It is another chance to wager on something that the outcome cannot be decided by you. They come in different types, so you can choose the one you cherish and bet on it.

There are regular FIFA tournaments, with very popular games like the League of Legends, Dota 2 and Counterstrike: Global Offensive, all there to give you something to hold unto. In these esports categories, a lot of games are still going on. Some will hold between Team Skyfire and Rooster, between Rogue Warriors and Edward Gaming in the coming days. The current situation is actually trying to push esports to the center stage

The availability of virtual sports has increased in the last few years. All bookies now offer these and virtual racing. Now, all mainstream sports activities have their virtual version. So you can enjoy virtual football, cycling, soccer, motor sport, tennis, racing and others. They are driven by software like slots and other casino games and with real world sports data.

Major events in mainstream sports are closed, but all those sports have some fringe level activities going on in some countries. Some of the areas you can still see actions to bet on include basketball matches in Russian super league, Nepalese leagues and Indian leagues.