Fact 1: The UFC has officially run out of challengers for flyweight champion Demetrious Johnson.

Fact 2: The Ultimate Fighter has seen declining ratings for years now – to the point where the show is likely to be cancelled.

So why not give the winner of the The Ultimate Fighter 24 a shot at the champ? It gives the show some significance and finds a completely new title challenger in a division that “Mighty Mouse” has already cleaned out. Two birds, one stone!

The UFC Picks the Dumb Gimmick

It’s easy to imagine some UFC executive meeting where they all clapped each other on the back for this idea. The elevator pitch is easy and seems to make sense. But c’mon, any fan worth his salt knows that this is a dumb gimmick. Does anyone think that some rando champ from some tiny regional promotion is really gonna have a shot at the UFC’s most dominant champ?

The rest of the card features fights that’ll be a lot closer than this main event – thank god. Let’s take a look at the night’s biggest fights and make a few Cherry Picks. We only assign this title to odds that meet a criteria based on payout value and probability. All other picks are predictions. (All UFC odds courtesy Bookmaker.eu)

It doesn’t matter who emerged from the dramafest for the right to challenge Demetrious Johnson. All you need to know is that although it was a house filled with “champions”, for whatever reason they weren’t signed to the UFC and left to fight in tiny spa-and-casino resorts in Bumblefu*k Nowhere. 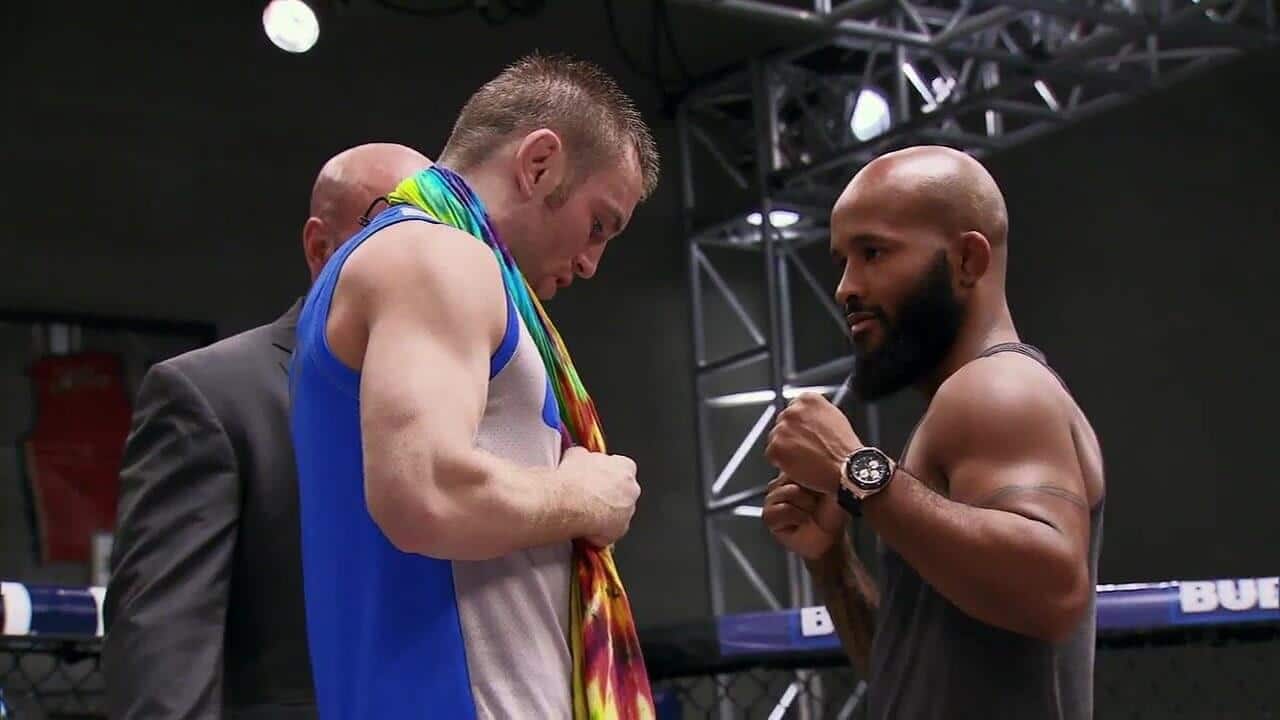 Tim Elliott looked decent coming out of this season, but he is a guy that was cut from the UFC before. And he’s going from big fish in a puddle to facing the greatest white shark in the UFC’s ocean. That might be a poor choice of words, since Johnson is black, but you get what I mean. He is the most well-rounded fighter in the UFC, and blessed with the physical talents to maximize said skills.

Johnson to win at -1000 is just ridiculous. The under offers far better value at -125, and it’s set at the highest possible total. The talent gap between Mighty Mouse and Elliot is huge, and that should lead to a finish before the 2:30 mark of the fifth

Here’s a real fight. Benavidez has been the flyweight No. 1 contender for over a year now, and his only losses in the division both came against Johnson. His coaching rival on TUF, Henry Cejudo is a former Olympic gold medalist whose only career loss was at the hands of DJ. 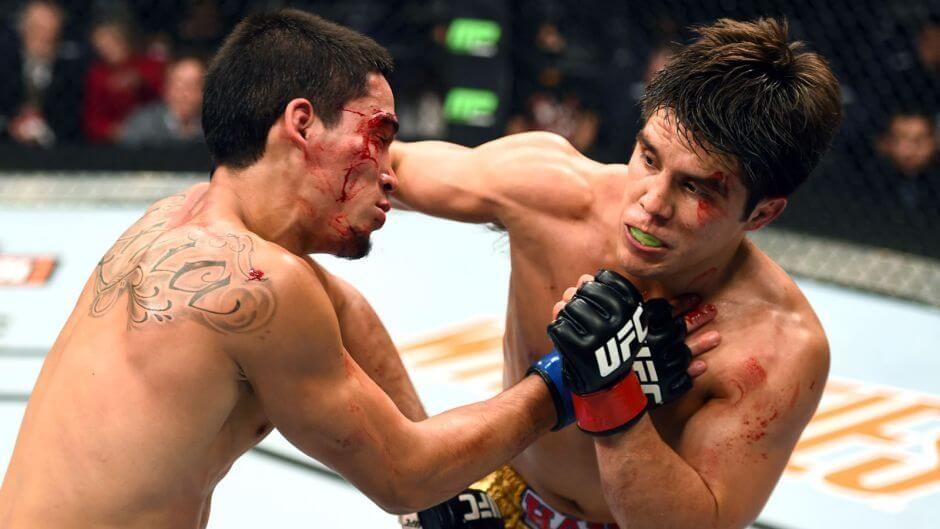 So why is Cejudo a 2-1 favorite over a guy with more than twice as many fights and a higher ranking? The consensus is that Cejudo was thrown against the champ far too early. His ceiling is sky high, and he’s got that Olympic wrestling background and superb athleticism to build on. Still, he seems a bit overvalued here.

At +160, Benavidez is a solid value. While Cejudo is taking a step down in competition from DJ (who thrashed him), Joe is still a helluva lot better than the guys he was barely beating.

This is without a doubt the funnest fight on the card. Both Masvidal and Ellenberger are standup fighters, but they have vastly different approaches. Ellenberger is a headhunter with knockout power, and Masvidal is a smooth combination striker. Neither prefer to wrestle, which should lead to some entertaining exchanges in the Ultimate Fighter 24 finale. 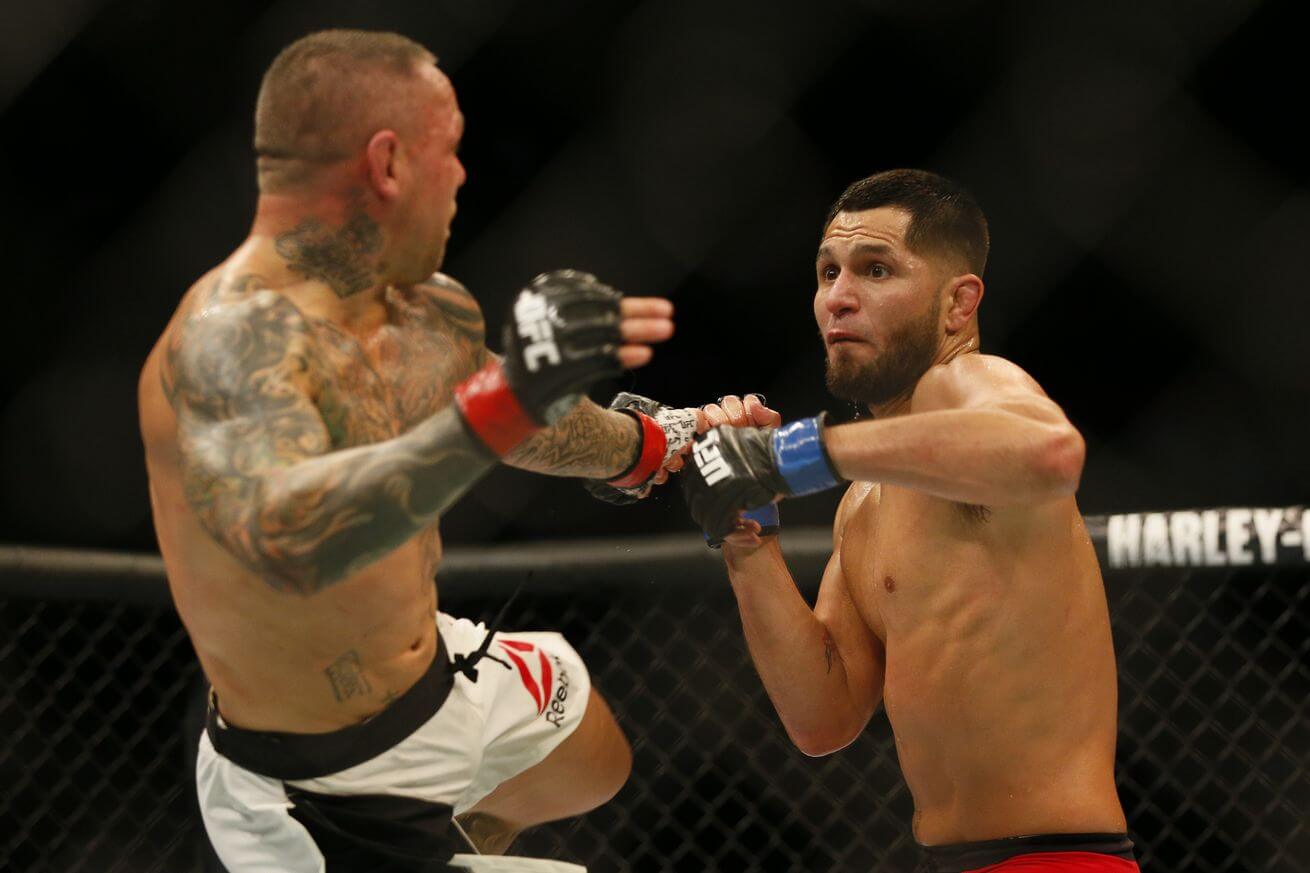 Though both are 1-2 in their past three fights, Ellenberger’s slide is a result of declining physical ability – he’s been getting knocked out and submitted with frightening regularity. Masvidal’s losses were close split decisions that could’ve gone his way. The best shot that “The Juggernaut” has is a knockout punch, but Masvidal has only been KO’d once in 41 pro fights.

Yes, I’m sure you’ve never heard of either of these dudes. And there are bigger names on the UFC fight card, like Alexis Davis and Gray Maynard. But it’s just easier to get stoked for these fight odds, which should feature two sluggers swinging for the fences. 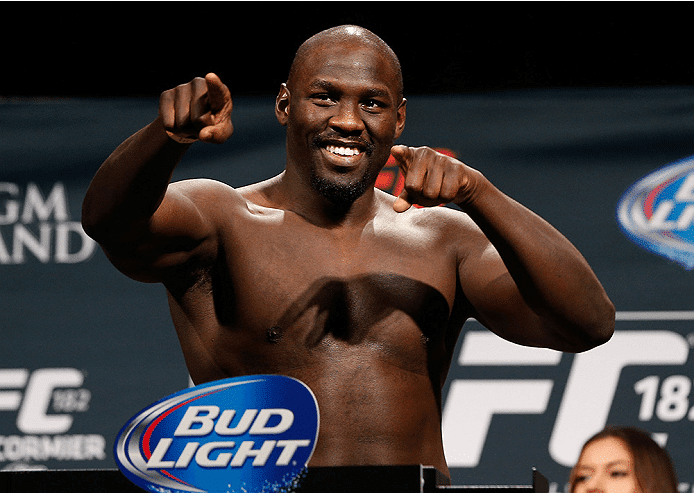 Cannonier’s nickname is “Killa Gorilla”, which is just awesome. Cutelaba is from the Republic of Moldova, which I assure you is not a country I just made up. Even if you don’t believe me, you better recognize that he’s got nine KOs in 12 career victories, and there’s a good chance he lays out Cannonier.

Looking for more UFC news? Take a look at What Are Conor McGregor’s Odds Against Woodley, Aldo and Nurmagomedov?.