The first night of the UFC’s doubleheader this week is The Ultimate Fighter 28 Finale on Friday night. Whether you’re still watching the show or not (and the answer is most likely not), it’s still an excuse for Dana White and WME to put on a night of fights.

Like most Fight Night cards, TUF Finales are usually top-heavy cards, with a good main event surrounded by decent supporting fights. In this case, we’ve got a welterweight contender matchup between Kamaru Usman and Rafael dos Anjos, and it’s a genuinely important fight for the division.

Usman has yet to lose in eight UFC fights and is on the verge of a title shot. Dos Anjos is coming off a failed interim title bid where he was smothered so badly by Colby Covington that his grasp on the No. 3 spot seems super shaky right now.

The co-main features No. 9 bantamweight Pedro Munhoz, a reliably exciting fighter whose scrapped his way into the top 10. He meets submission wizard Bryan Caraway, whose health issues have only allowed him to fight once in the past two years. Caraway is coming off a close split decision defeat to Cody Stammann.

Also on the card is a middleweight prospect matchup between undefeated Edmen Shahbazyan and Darren Stewart. All you need to know about those guys is that they’re knockout artists that usually end their fights early.

Let’s check in with the UFC odds at BookMaker.eu, one of the premier online sportsbooks where you can bet and cash out online. If you’re bets aren’t looking good on fight night, live UFC betting is also available to hedge your bets.

Dos Anjos must really be sick of wrestlers right now. Covington was the first time he met an elite wrestler since getting smothered by Khabib Nurmagomedov in 2014, and the result was disastrous. RDA is a BJJ black belt and a solid wrestler in his own right, but the upjumped lightweight was bullied and suffocated for five rounds. 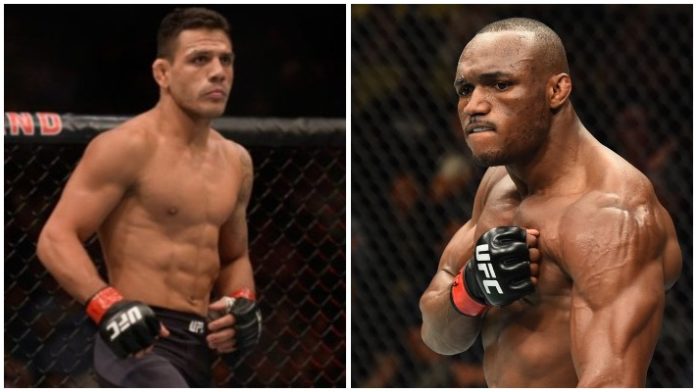 Usman is an even more explosive version of Covington, and that doesn’t bode well for the Brazilian. The Nigerian Nightmare is smart enough to know that sparring with a kickboxer won’t go so well, so expect him to force Dos Anjos into a phone booth and chain wrestle him to the ground.

Usman to win straight up is too expensive to be anything more than a parlay booster, so we’re going with this prop. Dos Anjos has proven time and again that he can survive under heavy fire and pressure, while Usman has gone to decision in six of his past seven.

As a pressure fighter, Munhoz might have some issues fighting his natural fight. If he gets close to Caraway, he runs the risk of having to carry a human backpack that’ll try to cut off blood circulation to his neck. On the feet, Munhoz struggles against technical strikers with good footwork – Dodson was able to pick him apart. 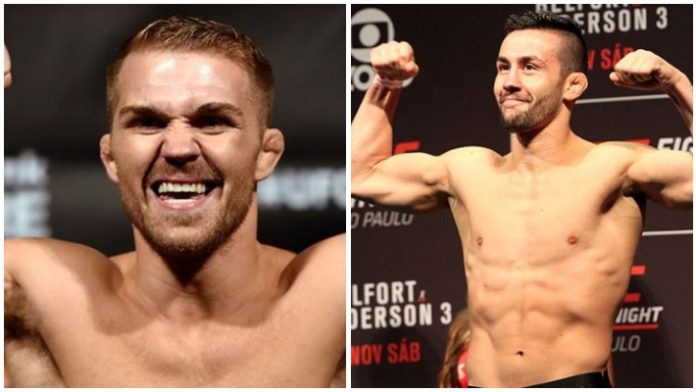 But Caraway is not Dodson. In fact, you can’t even say he’s more than an average striker. So like the main event, this comes down to the narrative of whether a grappling specialist can get this to the ground. While Caraway isn’t the suffocating wrestler that Usman is, he is far more dangerous when it comes to submissions – notching 17 taps in 21 career wins.

While Caraway’s submission savvy is elite, Munhoz is no slouch either. When it comes to pure skills, it’s Munhoz that’s more well-rounded, and he’s been far healthier over the course of his career.

Stewart somehow stuck around the UFC after three straight losses to mid-tier fighters, and that probably has to do with the fact that he goes for the knockout every time. Talent-wise, he’s nothing more than a guy that’ll be tabbed to fill out prelims. But the UFC might have something in Shahbazyan, who is just 20 years old and 7-0 with seven first-round KOs. Shahbazyan is going to run into adversity against UFC-caliber fighters, but his ceiling is already higher than his opponent’s.

Same thinking here. Like Shahbazyan, Shevchenko is a prospect making a UFC debut, although her competition is more well-recognized. Evans-Smith is tough, but that’s about it. Shevchenko comes from an excellent kickboxing background and is a good athlete, and that’s enough to take the win here.