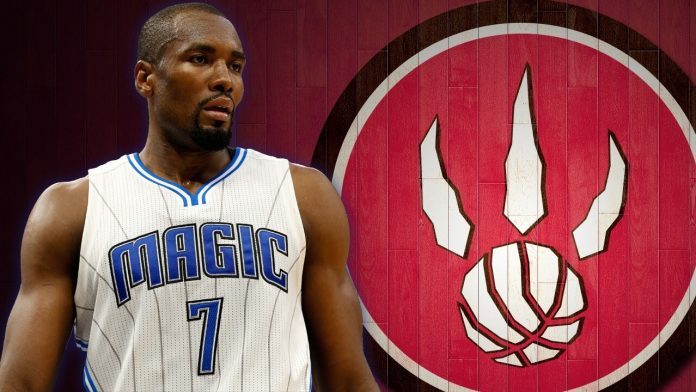 Well, the NBA trading deadline has come and gone. Though many of the biggest names in the league dangled out there never did ultimately move, there were a few trades that had huge impact, and could legitimately have a say in who wins the NBA championship this year.

The biggest winner in our eyes has been the Toronto Raptors. It’s easy to forget that, last year, this team was in the Eastern Conference Finals, even though it never stood a chance against Cleveland.

The Raptors were obvious winners in the short run by flipping Terrence Ross for Serge Ibaka. What might make them even more effective is that neither the Celtics nor the Cavaliers ended up making as big of splash on deadline day as many forecasted.

Is it still a longshot that Toronto will win the NBA championship? Of course. After all, the Raps are set at 50 to 1 to win it all right now. That said, they’ve got a legitimate shot at the No. 3 seed in the East, and even if they don’t get to that point, they’ll be favored over a team like Atlanta in the 4/5 matchup for sure.

Can Raptors Take the Cavs in Second Round?

Don’t discount the possibility. Ibaka has plenty of time to get accustomed to his new surroundings in The 6ix. He’ll add a “stretch four” element or a man who can legitimately play the five against Kevin Love if Cleveland goes small.

We know that DeMar DeRozan and Kyle Lowry can score against anyone in the game, and they would both need an incredible series to really give Toronto any chance. Could it happen? We see a definite possibility.

Boogie Cousins Might Get The Pelicans into the Playoffs

It’s hard to say that anyone else really had the one game-changing move at the deadline. Obviously, the Pelicans picked up a huge haul with Boogie Cousins, and if he and Anthony Davis can combine forces, there’s a great opportunity for the playoffs.

Who Can Challenge the Warriors in the Finals?

If we’re being realistic, the Warriors–as good as they are–won’t fall to a team that hasn’t addressed its shooting guard woes, especially after trading away several rotation pieces in order to get Cousins. We’re more excited to see what New Orleans is capable of next season and beyond.

It’s really status quo at this point. The Warriors are still the overwhelming favorites (-220) to win it all, even though their path to the Western Conference title just got a little harder.

They may face New Orleans in the first round, as well as a hungry Oklahoma City team which acquired Taj Gibson and Doug McDermott from the Bulls. They’re still the best team in the NBA by a large margin, just as the Cavaliers are still considered second-best, as evidenced by betting odds.

Cleveland held pat at the deadline, and that’s probably irking LeBron James a bit, but this is the hand that he’s dealt now, with or without the banged up Kevin Love and J.R. Smith.

The best news for the Cavs is that the Celtics didn’t go out and land a Jimmy Butler or a Blake Griffin at the deadline, and that should ensure that their road to the Finals should be smooth. Cleveland is the clear second choice at +360 to win it all.