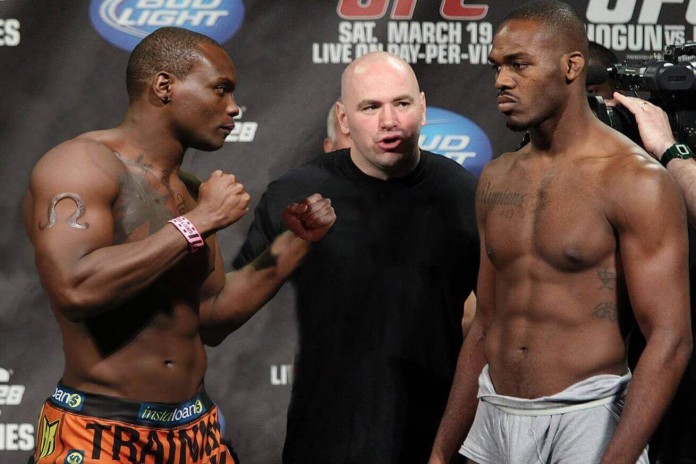 The argument certainly could be made that Jon Jones is the best pound-for-pound cage fighter in the world. He hasn’t had a fight in which he’s been a dog in ages, and if not for the fact that he was stripped of his title following a hit-and-run accident last April, he’d still be holding the Light Heavyweight Championship for a span of five years and counting.

A second fight between Jones and current champ Daniel Cormier seems to be a foregone conclusion, but with Cormier still on the shelf with an injury, Jones needed a fight in the interim. If he can beat Ovince Saint Preux in Las Vegas in the headline event of UFC 197, he’ll be named the interim light heavyweight champion on April 23. Let’s take a look at the UFC 197 betting odds.

Reasons Why Jon Jones Will Win

There aren’t many who Jones hasn’t beaten in the light heavyweight division, including Cormier. It’s worth remembering that he went through eight straight title defenses without a defeat, a UFC record regardless of division, and in the mass majority of those fights, he looked like a man among boys.

Yes, his last three fights against Cormier, Glover Teixeira and Alexander Gustafsson all went the distance, but there was never a doubt when the bout ended who was going home with the light heavyweight belt in each instance.

The only time Jones lost a fight was via disqualification, and had he not used the illegal 12-6 elbows on Matt Hamill, he would’ve won that fight for sure as well.

The big concern about Jones coming into this fight is the fact that he hasn’t been in the octagon for almost a year and a half. His last bout was in January 2015.

That hasn’t stopped the oddsmakers from lining him as a massive favorite, however. BookMaker.eu’s current fight odds put a price on Jones of -495, though it should be noted he was -800 chalk when this fight was consummated.

We really shouldn’t discount Saint Preux as a UFC contender, though. He’s 19-7, after all, and he just took care of Rafael Cavalcante in February. He’s clearly the sharper of the two fighters at the moment with all of the time he’s spent in training while Jones has been dealing with various legal battles, and this is the biggest bout of his career. A win in this one, and he might be the next in line for a title bout against Cormier, not Jones.

The big problem Saint Preux has is the fact that he hasn’t beaten any fighters currently ranked above him in the light heavyweight division. He submitted to Teixeira in 2015 and was beaten in a unanimous decision by Ryan Bader the year prior.

Those were both opportunities to become one of the top dogs of the light heavyweight division, and instead, he’s been knocked down the ladder time and time again.

The biggest victory for Saint Preux came back in 2014 against Mauricio Rua, a bout which ended in just 34 seconds by TKO. It’s definitely a testament to his abilities, but it’s a rare result that looks like more of an outlier than anything else.

Saint Preux is definitely going to try to make this fight drag on a bit. He’s got a tremendous strike success rate at 51 percent for his career. His strikes are known as some of the hardest in UFC, and the fact that he has four knockouts definitely has to be bothersome to Jones, a technical brawler who uses his speed and athleticism to win fights.

A win for Saint Preux would undoubtedly be the biggest of his career, while a loss for Jones would be devastating and set him back quite a ways. Though the only thing on the line is the right to be called the interim champ of the light heavyweight division while Cormier is injured, it’s as big of a bout as we’ll see in UFC 197 in the spring.

For the latest fight previews, check out our UFC betting odds section.