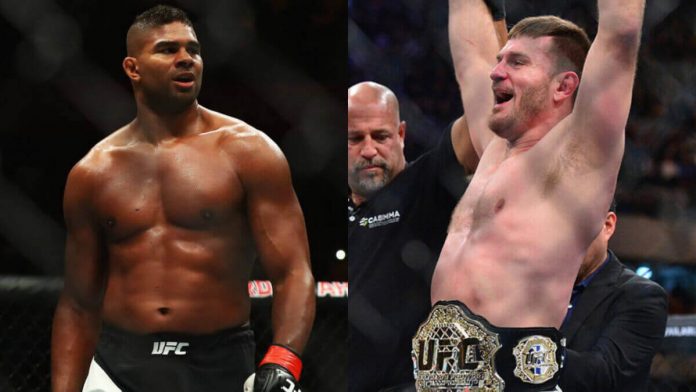 When a fighter holds the UFC heavyweight title, he is more than just a champion: the guy is The Baddest Man on the Planet. It’s a moniker that has stuck with the hardware for years, and adds to the mystique of a title that nobody in the promotion’s history has defended more than twice.

Currently, that man is Stipe Miocic. Coming off an upset victory over Fabricio Werdum, the part-time firefighter makes his first defense against former Strikeforce, Dream and K-1 champion Alistair Overeem this Saturday at UFC 203. A Cleveland native, Miocic will also have the support of an electric crowd as he’ll fight in the home of Lebron James and the Cavaliers.

The rest of the card is solid, with highly ranked fighters, popular stars and the debut of WWE superstar CM Punk. Let’s take a look at how you should bet this UFC fight card, with odds courtesy of BookMaker.eu.

Overeem is the villain that the UFC heavyweight division needs. All it takes one smirk from this massively muscled kickboxer to trigger flashbacks of schoolyard bullies, titty twisters and wedgies.

Want to envision a world where Overeem is the heavyweight champion? Imagine that Johnny Lawrence knocked out Daniel Larusso, Tong Po triumphed over Van Damme, and M. Bison defeated Ryu. Then somehow merged together to form the ultimate evil champion of the world.

It’s definitely possible, because Overeem is a straight punisher. In a division where every fighter is big and powerful enough to end an opponent’s night with one shot, The Demolition Man stands out as a former K-1 kickboxing champion. All four of his limbs are equally dangerous, and we’ve seen him sleep dudes with elbows, knees, kicks and punches.

Now training out of Jackson-Wink – arguably the top fight camp in the world – a new Overeem has emerged. Both Jackson and Winkeljohn have developed a style that maximizes the Dutchman’s strengths and hides his weaknesses. Although Miocic is a more well-rounded fighter, getting underdog fight odds on Overeem is a great value.

Prior to losing the belt to Miocic, Werdum won six straight fights, including a career-defining win over Cain Velasquez. Among the victims of that streak was Travis Browne, who Werdum surprisingly outstruck on the way to a commanding unanimous decision. So it makes sense that the Brazilian is more than a 2-1 favorite coming into the co-main event.

But at the same time, the guy is 39 years old and coming off a fight where he was knocked out cold with one punch. And Browne is a guy that sports 14 KO wins in 18 career victories. While I do think that Werdum will emerge as the winner of the fight, he’s just too expensive at -210 with respect to his age and durability.

In the case of Faber vs. Rivera, it’s hard not to be tempted by Rivera’s 18-fight winning streak. But Faber’s only losses since joining the UFC in 2011 have come against Dominick Cruz, Renan Barao and Frankie Edgar – all former champions. “The California Kid” is a fighter who only loses to the best. Is Rivera on that level? We don’t know yet, but I’m not risking my money on that.

Let’s make one thing clear: CM Punk should not be in the UFC. The big show is NOT a place to make your pro MMA debut. Even Brock Lesnar and Bobby Lashley fought on a few regional slots before stepping up to the UFC or Bellator. And those dudes were decorated collegiate wrestlers, so they at least had a proven MMA skillset before getting into the cage.

Punk has about a year of training at Roufusport. And a lot of that time was devoted to recovering from injuries. He’s a 37-year old man who gave most of his body to the years-long grind of the WWE. And now he’s going to fight a legitimate, 24-year old prospect in Mickey Gall. This is a kid who’s been training MMA since his teens, and has yet to lose as an amateur or a pro.

This will not end well for Punk. Parlay Gall with another pick to maximize your UFC betting earnings.

Sponsor Bookmaker.eu is offering our readers a free $10 bet with no deposit necessary. Use your free bet on UFC 203 or anything else and be sure to share your results in our comment section below.  Simply open your account and email us at info@bigonsports.com with your account number and we’ll have your free $10 bet credited same day.