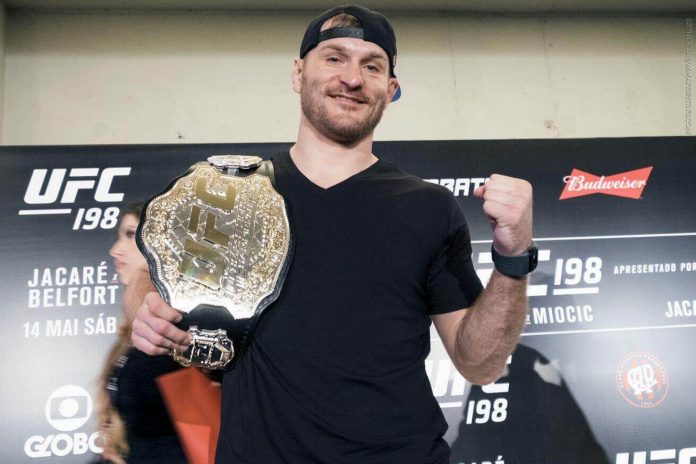 UFC championships might have changed hands in five of the last seven title fights, but Stipe Miocic held onto his heavyweight strap – by far the most difficult division to do so.

It was a night where every single favorite on the main UFC fight card came through as expected, though we had to suffer through a few lackluster fights – chiefly the tepid heavyweight tilt between Travis Browne and Fabricio Werdum. Still, a wild main event made up for everything that came before it.

As somebody who dishes out MMA betting advice for a living, I have to hold myself accountable to the UFC picks I make. Our UFC 203 preview dropped last Wednesday, so let’s go over my words and recap how the UFC 203 odds stacked up to the real thing.

Our pick: Take a shot on Overeem

What happened: Miocic TKO Overeem, Round 1

The first round of any fight involving Overeem is a 50-50 proposition. So in this case, getting underdog fight odds on The Reem was an enticing play. And for a few moments in the first, it seemed like a smart bet. The former Strikeforce champion scored the first knockdown and wobbled Miocic a few times with some heavy fire. But in the end, he fell victim to his fragile chin and fading cardio.

The #andstill champ came with a perfect gameplan, crowding the kickboxer from the start and never letting him settle into rhythm. Overeem literally turned tail and ran a couple times, which just was not a good look for the heavyweight legend. Still, both men nearly ended the fight multiple times in what was a perfect microcosm of the weight class: dangerous and completely unpredictable.

Miocic is a tough SOB who actually might become the first heavyweight champion to defend the title more than twice. He’s got the durability, power and athleticism to beat anyone in the division. Overeem is as dangerous a knockout artist as ever, but his chin and gas tank makes him a serious risk for any bettor.

Our pick: Stay away

To be fair, I did state that Werdum would be my pick to win in the UFC odds, but I wasn’t a fan of his age and the fact that he was knocked out cold in his last bout.

Still, this was a listless fight that heard many of boos, with large bouts of inactivity. In fact, the most notable events of this snoozer was Travis Browne calling an illegal timeout (which drove Joe Rogan nuts) to fix a dislocated finger and Werdum kicking Browne’s coach, Edmond Tarverdyan, in a post-fight melee.

Edmond Tarverdyan is not a good head coach. He has no idea how to use Browne’s flexibility and athleticism. “Hapa” was at his most dangerous when he was creative offensively, utilizing kicks and elbows to run up a three-fight winning streak over Overeem, Gabriel Gonzaga and Josh Barnett.

Tarverdyan has pretty much erased kicks from Hapa’s game, and they were arguably his most dangerous weapon. As long as Browne makes Glendale Fight Club his home, I’m staying away.

Our pick: Stay away

Faber suffered his first UFC loss to a fighter who is not a current or former champion. And it wasn’t very close, as Rivera chewed up the Team Alpha Male captain’s legs for three rounds. Faber has historically had problems defending against leg kicks his entire career. It basically has a neon target at this point, and Rivera was happy to ring the bell time and time again.

Is Rivera that good, or was the result more due to Faber’s snowballing decline? I’d lean more towards the former, as “The California Kid” can probably still beat most of the fighters ranked below #7. Still, we have to conclude that the former WEC champ’s best days are far behind him at 37 years old.

Our pick: Parlay Gall to win

What happened: Gall SUB Punk, Round 1

Joe Rogan said it best while commentating Gall’s all-out domination of the WWE superstar: “This is what happens when a white belt rolls with a brown belt.” I, along with every other MMA writer on the planet, said that Gall did not belong in the UFC. Nothing about his performance dispelled that belief – Punk fought valiantly, but he looked completely lost. To his credit, he was gracious in defeat and stated that he would be back – and you know that you’ll be watching.

Gall is a legitimate prospect, and his callout of Sage Northcutt shows that he’s also probably a marketing genius. His mic skills need work, as his profanity-laden octagon interview was more cheesy than anything. Who knows where Punk goes from here – there might not be a single fighter on the current roster that he’d have a chance of beating.