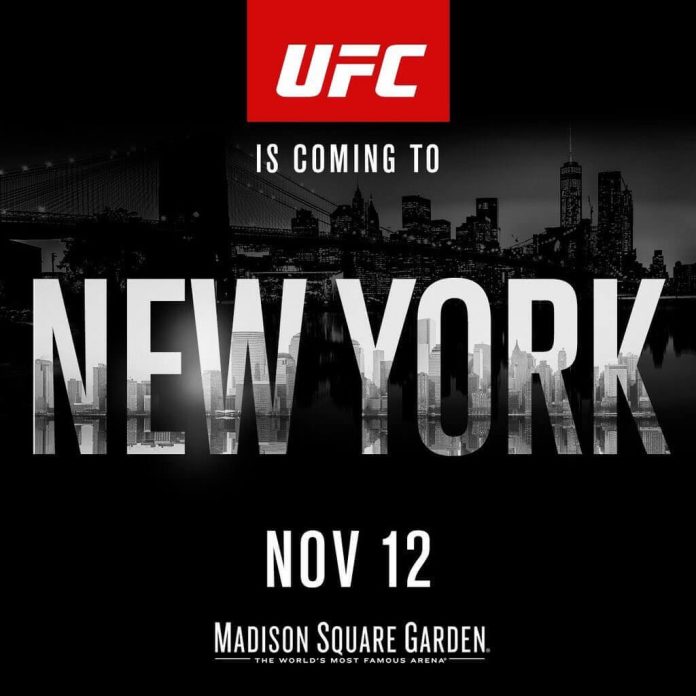 Need another argument that the UFC 205 fight card is the greatest card of all time? Just take a look at the prelims. Frankie Edgar, Khabib Nurmagomedov and Tim Kennedy on the FS1 portion? Seriously, it’s probably better than the UFC 206 main card.

It’s so good, in fact, that we have to discuss your UFC betting options in detail. Usually, gamblers only care about a few fights on the pay-per-view portion, which is why we stick to those. But with the names and high-profile fights involved, there is gonna be a ton of action to bet on fights on this card.

That’s where we come in. You want cash money? Then let’s look at your betting options. UFC odds are provided and updated daily by BookMaker.

Edgar is a huge favorite, but don’t think it’ll come easy. Stephens is a guy that forces the kind of dogfights that can take years off your life. You might remember “Lil’ Heathen” as the wild brawler, but he’s a lot more technical and has added some nice counters to his arsenal. Plus, he’s three inches taller than Edgar and thrives when he’s fighting smaller guys.

However, the difference here will probably be Edgar’s elite wrestling. There might not be anyone better at mixing in takedown attempts while throwing combinations. While Stephens is a decent wrestler, the only guy that Edgar failed to take down was Jose Aldo. Stephens doesn’t have that type of speed.

Edgar to win is the safe bet, and the over is as well. Edgar has never been an early finisher. Considering that you get -220 on the over compared to -305 on Edgar to win, take the over.

Duuuuuude. A pissed off Nurmagomedov against a fired-up Michael Johnson? Sign me up for that. Nurmy is a ridiculous 23-0 and tired of being told he’s up next for the title. Johnson just beat the shit out of a resurgent Dustin Poirier and did his best Nate Diaz impression in hopes of going full heel for dollars. Now he gets the chance to beat a guy that most feel should already be champion.

But nobody has been able to stop Khabib’s wrestling. He basically has the strength of a charging defensive lineman in a 155-pound body. What’s interesting is that Johnson is arguably the most athletic guy he’s faced. But it’s doubtful that he can hold off a Russian bear for three rounds.

Same story as Edgar vs. Stephens. Nurmagomedov to win is the safest bet, but the over on 2.5 rounds is also a safe play with a better payout.

Evans makes a last-ditch attempt at relevance by dropping to middleweight. The former light heavyweight champion has not looked good since returning from major injury late last year. He’s also now 37 and was knocked out cold in his last fight for good measure. We’ve seen this type of dropoff before from elite fighters.

Kennedy hasn’t fought since 2014, but not because of injury. He’s just a guy that fights when the money and time is right, and there was nothing that interested him. Though he’s already 37, we’ve yet to see any signs of physical decline.

In fact, his last fight against current contender Yoel Romero was razor close until he got caught with a punch. The former Special Forces soldier is a top 10 fighter – he just hasn’t been around to remind us.

Kennedy to win at -220 fight odds is solid, although there is a chance that Evans catches lightning in a bottle and lands one of his trademark right hand counters for a finish.

But we haven’t seen “Suga’s” speed for a while – maybe his athleticism is gone? The over is tempting at -155, but nowhere near as safe as the previous two bets, considering how fast Evans is declining.