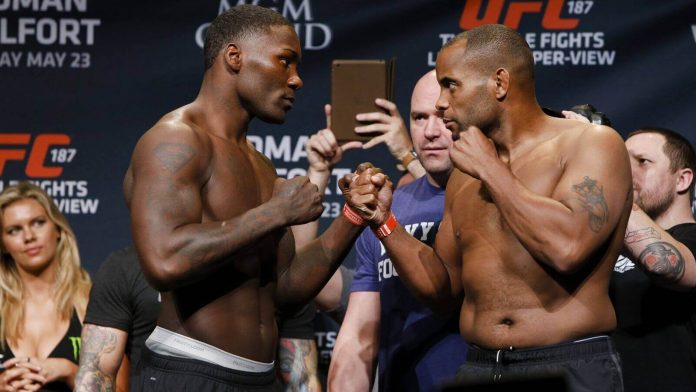 The light heavyweight division is moving on without Jon Jones, for now.

The UFC recently announced that current champion Daniel Cormier would make his second title defense at UFC 206 in Toronto against the most feared puncher of the generation: Anthony “Rumble” Johnson. The card takes place on December 10, 2016 and will air on pay-per-view following the FS1 prelims.

What Happened the Last Time These 2 Fighters Met

Cormier and Johnson met previously in an interim title bout at UFC 187, with “DC” collecting a third-round submission victory over Rumble. The win didn’t come easy, as Johnson floored the now-champion in the first with one of his signature bombs.

Since then, Johnson has knocked out three top 10 opponents in a row – Jimi Manuwa, Ryan Bader and Glover Teixeira – to earn a second shot at the 205-pound strap. But the UFC odds at BookMaker.eu has opened with Cormier as a favorite to keep the strap. Let’s go over your MMA betting options.

It makes sense that Cormier is the favorite, as his world-class wrestling skills proved too much for Johnson in their first go-round. In fact, the two are largely the same fighters they were since that encounter. Cormier is a bit older now, and at 37 that starts to become a real issue, but we have yet to see any sort of dropoff physically inside the cage.

Can you honestly think of anyone of fits the definition of “knockout artist” more than Rumble? Because when it comes to laying dudes out, Johnson is freakin’ Picasso. How many more times do we need to hear Joe Rogan screaming “Anthony Johnson is a bad, bad man!” after he puts yet another hapless soul into a coma?

That kind of power is scary. It draws fans and sells pay-per-views. And most of the time, it wins fights. But this is MMA, not rock’em-sock’em robots, and Daniel Cormier proved that technique can beat generational punching power. In this case, it was DC’s wrestling that put Johnson on ice.

Size Isn’t Everything in MMA

The beauty of it is that DC doesn’t look like a guy that should be able to take guys like Rumble down. He’s a stocky 5’11”, and looks more like your best friend’s really buff dad rather than a world champion.

But Rumble, who is 6’2” and built like a linebacker, ended up on the mat with DC on top of him time and time again.

In fact, that same narrative has repeatedly played out over Cormier’s career, where he’s fought at both light heavyweight AND heavyweight. DC has almost always been the smaller man, but few have ever put a stop to his Olympic-level wrestling.

He’s only lost once his entire pro career, and has wins over fighters like Josh Barnett, Alexander Gustafsson, Dan Henderson and Roy Nelson. He’s putting together a hall of fame career right under our noses.

Oddsmakers don’t set the UFC betting odds based on the eye test. Because if they did, Rumble would be a massive favorite. Rumble is scarier than ever, and he’s a threat to end the fight at any second. But we’ve seen this movie before, and not much has changed for the sequel.

For more UFC fight previews and predictions, check out: