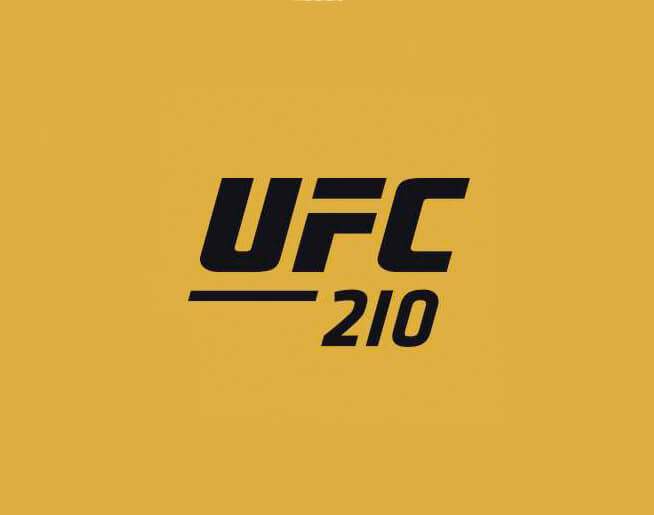 If you don’t have a BookMaker.eu account to bet on UFC odds, you should know that the trustworthy online sportsbook is giving you $10 to bet with when. All you gotta do is scroll to the bottom of this article and follow the instructions on the Sherdog banner to get your free play.

With no deposit required, all of a sudden you’re playing with house money. And the quickest way to increase that is with parlays. You know the risk here: basically you’ve got to be perfect, but the payout is generally much larger than a single bet.

With UFC 210 just a few days away, today we’re looking at a few parlays for your free $10 bet. We’ll look at the UFC odds at BookMaker.eu and start small. Please note, fight odds are updated daily so there could be some slight variation when you log into the sportsbook.

The top two fights are basically toss-ups, so taking both ‘dogs isn’t too big of a risk here. And really, it’s not hard to talk yourself into this. “Rumble” should be better prepared for Cormier’s grind, and he’s fended off elite wrestlers before. If he fights smart and conserves his energy, his explosive power could easily earn him the belt.

Weidman’s already been tabbed as an Underdog Special from our Cherry Picks review this week. Mousasi doesn’t have the killshot power or takedown defense of somebody like Yoel Romero, so he could easily take two of three rounds.

This is a somewhat low-risk parlay for nearly a 3-1 payout. Honestly, it sounds better than finding a +290 underdog and praying for a huge upset.

Let’s Add A Moderate Favorite to the Mix

Here, we’re taking the same bet from before and adding Cote to win. That’ll up your winning potential to more than five times what you put in. Obviously, you’ve got to believe that both Johnson and Weidman will score upsets, while Cote will pull through against a flailing Thiago Alves.

You’ve got options here as well that won’t affect the payout too much. If you really believe that Johnson or Weidman will lose, you can swap them out with their opponents and you’ll still nab a better than 4-1 return.

It Is All Over

In this option, we refrain from picking any winners and instead look at round totals. I feel it’s a near certainty that Cormier vs. Johnson goes past the 1.5 round mark – their first fight went deep into the third and DC proved he could take a clean hit from Johnson and clinch his way out of trouble.

I’d also feel safe with taking the over on Oliveira vs. Brooks – the Bellator champ’s past 10 fights have gone past 2.5 rounds. Weidman will likely get back to his wrestling roots while Alves and Cote will likely a good amount of time finding their rhythm and distance in a kickboxing matchup.

A Mix of Everything

Let’s take the assumption that Cormier and Weidman win as slight underdog, and pair that with two big favorites bets. Brooks is the biggest favorite on the main card, and he should be able to earn a win against an erratic Oliveira. We also need to have faith that Alves and Cote won’t knock each other out, given that they’re both a bit past their primes and the Brazilian doesn’t have the pop he used to.