MMA fans, I know that you’ve got Mayweather-McGregor fatigue by now. I’m right there with you. But our thinning patience is finally being rewarded this Saturday with UFC 214, the best damn card of the year.

Remember how stacked UFC 211 was (the one with Miocic-Dos Santos, J-Check-Andrade, Maia-Masvidal, Edgar-Rodriguez, with Alvarez-Poirier on the prelims)? That’s got nothing on this weekend’s monster.

The UFC GOAT, Jon Jones is back – and he’s gunning for the title held by hated nemesis, Daniel Cormier. I repeat, the greatest UFC fighter of all time is fighting after more than a year on the sidelines.

Cris “Cyborg” is fighting for a UFC title – something that never seemed like it would happen. And she’s fighting somebody that might even test her! After years of mistreatment and matchmaking against scrubs, the scariest girl in all of MMA is in a scrap that actually matters.

Those three title tilts might not even be the most exciting scrap: Robbie Lawler vs. Donald Cerrone has Fight of the Year written all over it, even with the bar set ridiculously high by Gaethje-Johnson just a few weeks ago.

What else? How about a top-five light heavyweight matchup featuring Jimi Manuwa, the division’s best knockout artist? Or a barnburner featherweight contest between No. 3 Ricardo Lamas and “Hick Diaz” Jason Knight – on the FXX prelims?

I could go on forever, but we really need to get into some Cherry Picks and Underdog Specials. There are a lot of fights to go over here, so pardon the condensed analyses.

(All odds courtesy of Bookmaker.eu)

Think about this: Jones has fought once since 2015. He looked like ass against Ovince St. Preux, then got busted for banned substances due to tainted “dick pills” (his words, not mine). Meanwhile, Cormier has never looked better, winning four straight and retiring Rumble Johnson with two spankings. If there was ever a time that Cormier beats Jones, it’s now. 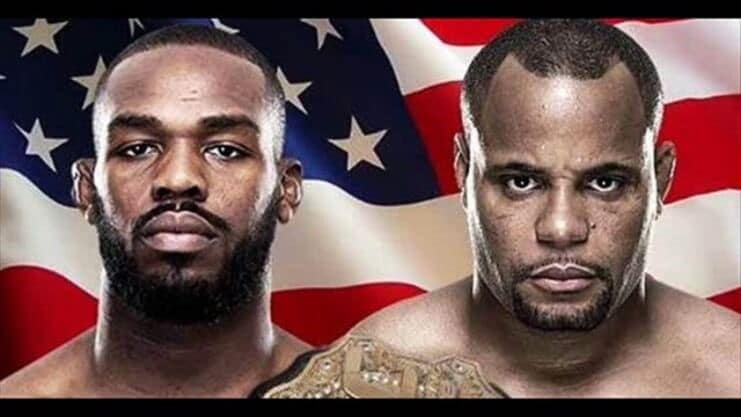 And Bones is still more than a 2-1 favorite. And that shouldn’t surprise you at all. He’s 30 years old – squarely in his prime. He’s still got the arms of a freaking pterodactyl. On paper, there really shouldn’t be any reason this fight goes differently than the first encounter: DC will fail to take him down, then have to eat a bunch of Jones’ leather on the feet.

Having said all that, Jones’ line to win is a bit pricey, so stick with the over. Even before all of his drama, Jones was on his way to becoming a decision fighter – his past four fights have gone the full five rounds. Cormier has never been finished. You do the math.

It’s super easy to analyze Maia’s fights. If he gets it to the ground, he wins. If he has to spar, he loses. So this comes down to whether he can wrap up T-Wood. Spoiler alert: he can’t. Woodley is a former NCAA D1 All-American wrestler with takedown defense north of 90%. One of the best pure athletes in the UFC, the champ is bigger, stronger, younger and faster than Maia. 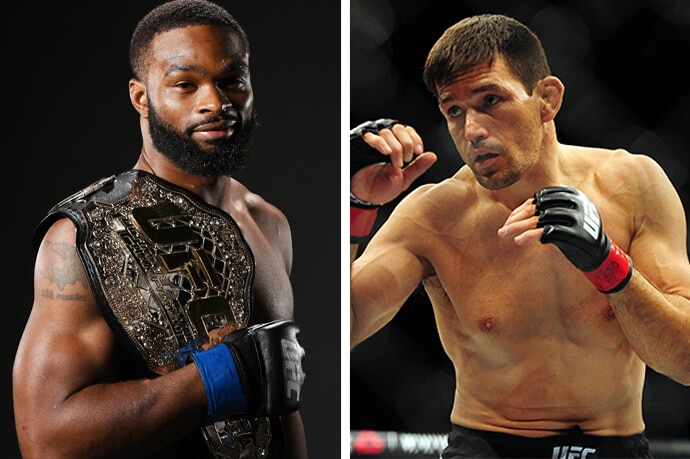 It was clear against Masvidal that Maia is pretty much helpless when he’s forced to strike. After Woodley fends off a few takedown, he just needs to land a few of his leg kicks or one of his overhand rights and this one’s donezo.

Woodley to win is a bit pricey at -200, so take a gamble with the under. There’s an incentive for him to finish this fight fast, as Maia is the type of grinder that gets better the longer the fight goes.

Another Cyborg fight, another lopsided money line. But credit to Evinger – she’s braver than 99% of the current UFC bantamweights. The Invicta bantamweight champ is tough and mean, but she’s fighting up a weight class against the most savage featherweight that ever existed. 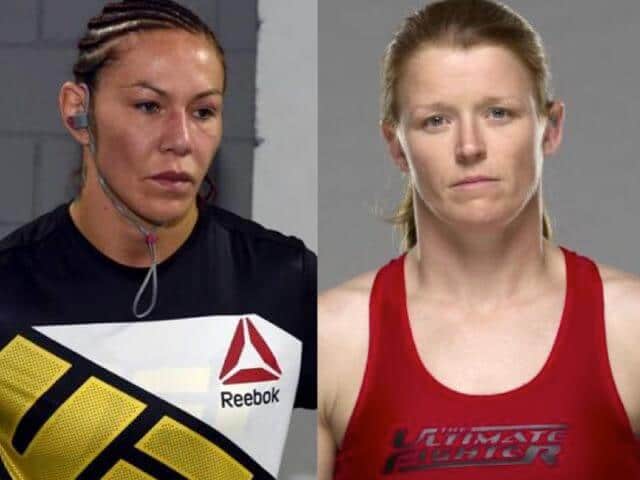 There’s always a chance that she drags Cyborg into deep waters, but I can’t recall ever seeing the Brazilian struggle with cardio issues.

This’ll likely go the way every Cyborg fight goes: girl gets in cage with Cyborg. Girl gets hit by Cyborg. Girl goes down. Cyborg kicks the crap out of her until we all kind of just start hoping for the ref to stop it. The ref stops it. The end.

Cyborg’s money line as parlay fodder is the smart play. The gamble here is the over on 1.5 rounds. We saw a much more patient Cyborg against Lina Lansberg, and Evinger is gritty AF.

You know who wins in this matchup? ALL THE FANS. Both fighters are deathly allergic to boring fights and just wanna bang, bro. You get the sense that this could easily be a pitfight in some 80s Van Damme movie. 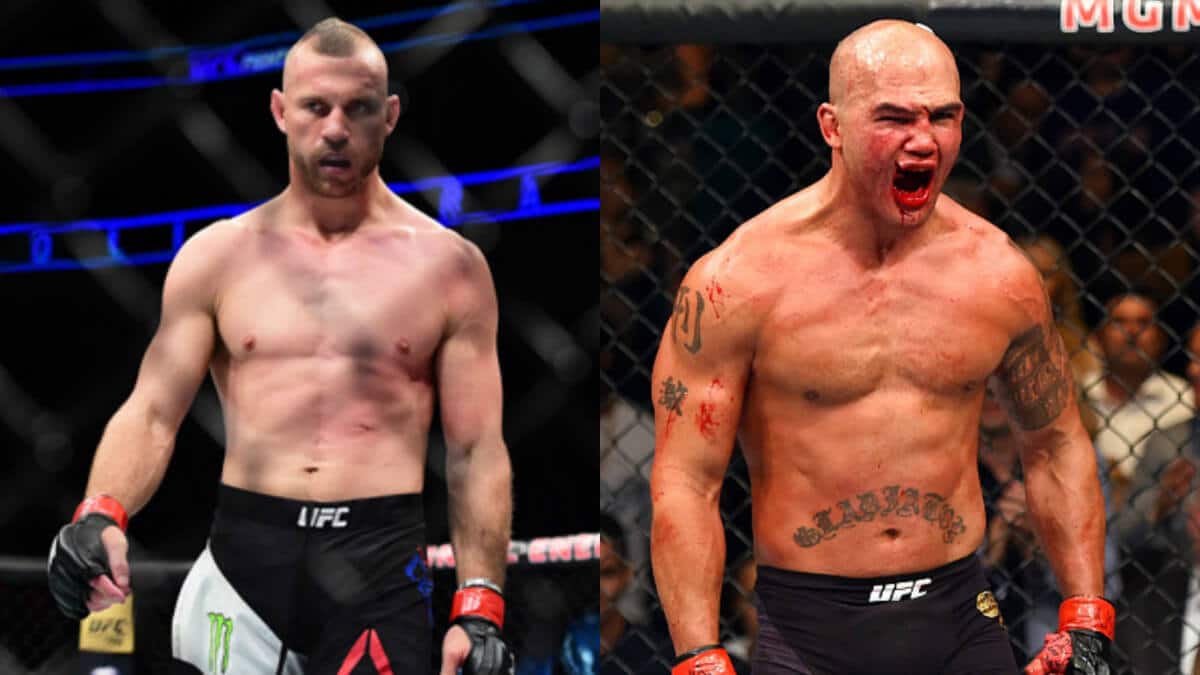 Lawler’s got the edge in knockout power, Cerrone is the more dynamic striker. I actually love Cerrone as an underdog, even though he’s the smaller guy. Cowboy is far more aggressive at 170, while Robbie’s always been a slow starter. If the former welterweight champ falls behind early, he might not have time to do his last second comeback thing.

Nobody saw Oezdemir coming. The man had just two weeks notice to make his UFC debut, against top-6 light heavyweight Ovince St. Preux. He came through as a big underdog, gutting out a split decision. The very next fight, he slept blue chip Misha Cirkunov in about a minute. In just three fights, the Swiss striker has gone from complete unknown to title contender. 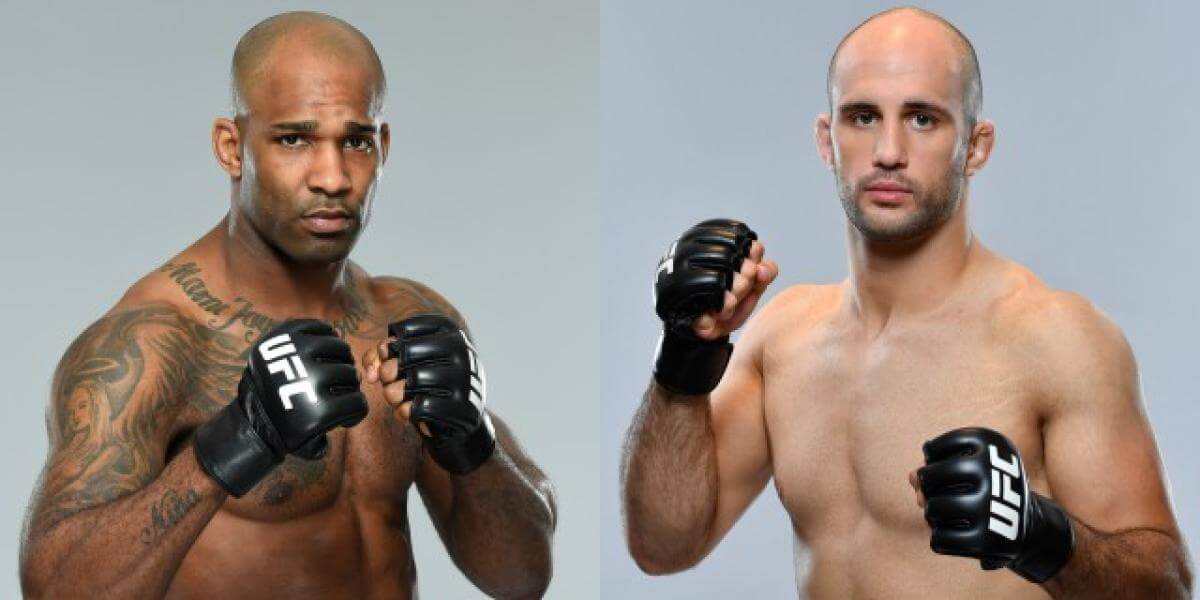 It all stops against Jimi Manuwa. Now that Rumble Johnson is retired, the Brit is the division’s premier headhunter. Oezdemir does not want to stand in front of him, but since he doesn’t have the wrestling to grind him out either, this one stays on the feet.

“Hick Diaz” might be the best unofficial nickname in MMA, and Knight earned it with a wildly entertaining style that includes plenty of trash talk. But getting Lamas at even money is too good to pass up – he’s a top-3 guy that’s only lost to champions and No. 1 contenders. Knight ain’t there yet.

It’s hard to gauge how good Barao is anymore – he just hasn’t been the same since getting whooped by T.J. Dillashaw twice. The fact that this fight is at 140-pound catchweight helps Barao, but he’s anything but reliable. He is durable though, and Sterling’s wrestling-based style should help prolong this fight. Take the over.

Moicano vs. Ortega is an awesome matchup of undefeated prospects. Ortega is an absolute wildman in the cage, but Mociano showed he can handle a striker when he outlasted Jeremy Stephens. That’s huge, since the Brazilian was known as a submission artist. If his striking has caught up to his grappling, featherweights need to be put on notice. Take Moicano to win.

We got a new section here, with picks from Will V., a reader who knows his stuff. His comments have been so good we reached out to get his thoughts on this card. Want to see your picks featured? Hit us up on the comments section.

Incredible style matchup for Tyron. Woodley’s weaknesses are against strikers with takedown defense and/or fighters who can set a high pacem – Maia lacks in all of these categories. Maia will be dangerous early but this matchup gets better for Woodley as the fight progresses. Woodley by UD in a slow fight filled with good counter wrestling and takedown defense.

Tip: If you aren’t comfortable with Woodley’s odds and you like Jon Jones it may be worth a parlay to decrease overall risk.

Lawler lost a lot of shine since the KO loss plus some time off. But anyone can get caught by Woodley, and after two back-to-back wars the time off should be good for Lawler. Cowboy has looked great at welterweight but got rocked in a war against a declining Matt Brown and then crumbled under Masvidal’s pressure. Lawler can bring both power and pressure. I expect an action packed fight but a round 2 finish from Lawler.

Big step up for Knight. Knight is a scrappy featherweight prospect who is very fun to watch. Lamas has fought all of the best and this is Knight’s first big test at featherweight – enough of a reason for me to fade the hype and stick with a proven underdog who’s only recent losses are to Holloway, Aldo, and Mendes. That’s good company.

At underdog odds I’ll take Ortega – though it’s a soft recommendation. Renato seems to be the better striker and Ortega the better grappler.