The UFC swapped out a men’s featherweight title fight for a women’s one. This Saturday’s UFC 222 was originally supposed to feature a genuinely compelling matchup between champion Max Holloway and former lightweight champion Frankie Edgar, but an injury to Holloway sent the UFC scrambling to save the card.

Now, we’ve got Cris “Cyborg” Justino in a lopsided matchup against UFC newcomer and sacrificial lamb Yana Kunitskaya. If it sounds like we’re completing writing off the Russian, it’s because we are. As far as UFC debuts go, we thought it didn’t really get tougher than Priscila Cachoeira meeting Valentina Shevchenko at UFC Fight Night 125. Boy, we were wrong about that one.

At least the show is going on. And bless Frankie Edgar’s heart: instead of waiting for Max to recover for his guaranteed title shot, “The Answer” elected to stay on the card and meet the undefeated Brian Ortega in the co-main event.

Just to be clear, Edgar is risking his title shot, a bigger title fight purse, future sponsorship money as a champ, and all the perks of wearing the strap because, in his own words, he was “sick of not fighting.” No matter that his opponent is a BJJ monster who looks a full weight class bigger than him.

Let’s take a look at the UFC odds at BookMaker.eu and break down your best betting options. 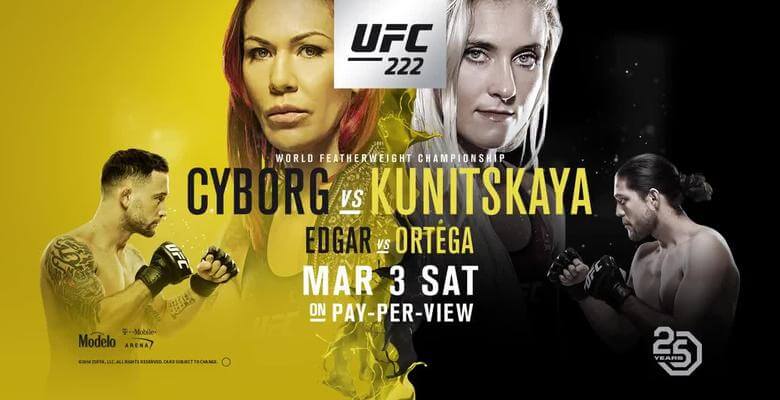 After the Holly Holm fight, perhaps it was too much to hope that Cyborg would keep meeting meaningful opponents. Despite being a former Invicta FC champ, Kunitskaya is exactly the type of opponent that the Brazilian has been using as personal punching bags her entire career. Bigger, stronger, faster and more skilled than the Russian, this should be an easy night of work for Cyborg. The lopsided money lines don’t lie.

Cherry Pick: Parlay Justino inside the distance at -602

Anything less than total destruction would be a disappointment for Cyborg. With 18 KOs in 19 career wins, you can be damn sure that she’ll finish this fight with ease. This prop is still expensive, so use it as a parlay booster with another bet.

Training at American Top Team has produced a much more refined Cyborg. No longer is she bulldozing girls right out the gate, but now picking them apart with patient combinations. Kunitskaya trains at Jackson-Wink, alongside Holly Holm, and it wouldn’t be a complete surprise to see them implement a gameplan that lets Kunitskaya get to the final bell. 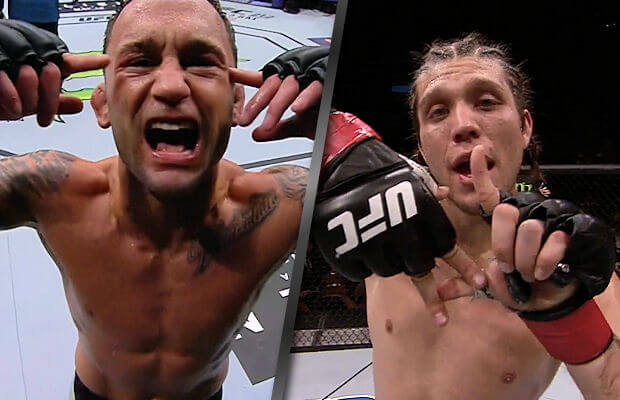 The money lines are a bit surprising, with Edgar as more than a 2-1 favorite. T-City is coming off a win where he made Cub Swanson – a BJJ black belt – panic tap like an amateur. The craziest part was that it only took a few seconds for Ortega to trap the neck and transition into a winning guillotine.

There are a lot of BJJ aces in the UFC, but Ortega’s brand of grappling is particularly sudden and violent. He’s basically the grappling version of a knockout artist – it only takes a split second for him to crank out a tap. Plus, he’s a freaking giant at 145 while Edgar is a guy that’s talked about dropping to bantamweight.

But is he well-rounded enough to beat Frankie? On the feet, Edgar’s slick boxing skills far outshines Ortega’s rudimentary punching. And Frankie is the best wrestler Ortega’s faced to date. Maybe the oddsmakers are onto something.

We’re on the T-City hype train. His size, athleticism and power is gonna give Frankie serious problems. And the way he’s been tapping guys out is just plain scary. Ortega takes the win and clinches the next title shot. Sorry, Frankie. 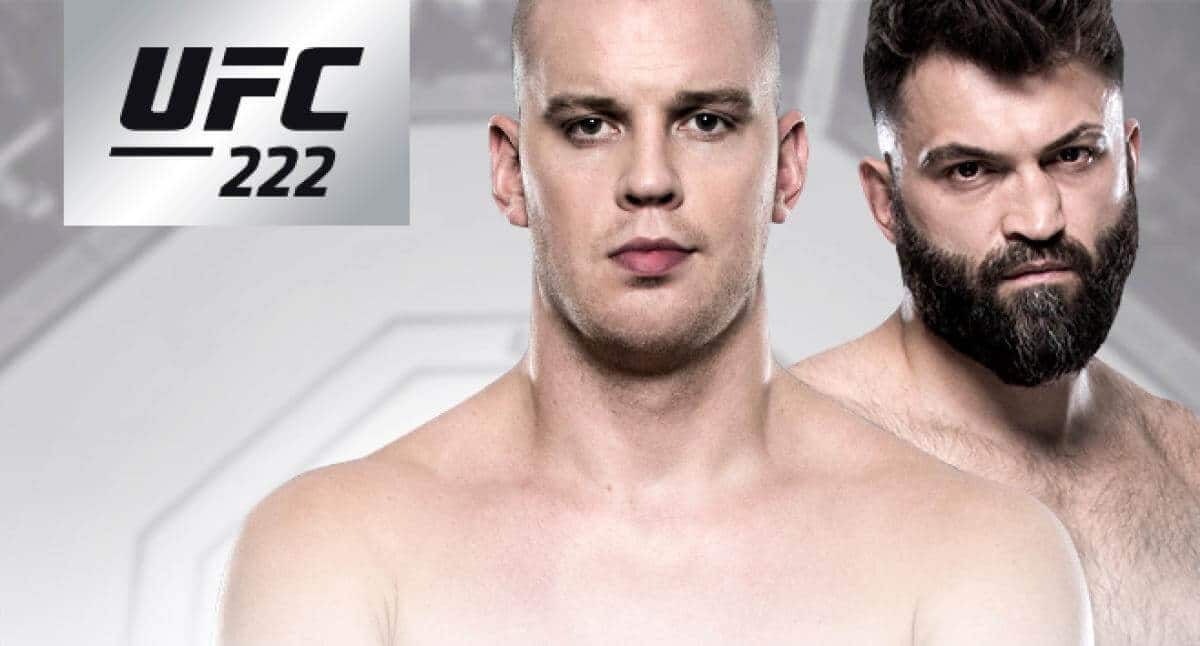 So whose chin shatters first? Arlovski’s better known for getting his lights punched out, but let’s not forget that Struve has been knocked out seven times too. Plus, “Skyscraper” had his jaw broken by Mark Hunt. Opponents of both guys have had no problems walking them down and planting fight-enders on the chin.

If Struve was a better wrestler, he’d have a much easier time getting this win – the Dutchman has a seriously underrated submission game. But Arlovski is tough to take down despite his age, so this one should play out on the feet. The 6’4” Pitbull has to overcome an 8” height difference against Skyscraper, which will be fun to watch.

Hell yeah we’ll take these odds. Struve doesn’t have the typical power of a heavyweight, which gives Andrei the rare luxury of being able to open up his striking arsenal. He’s a basic 1-2 puncher, but Struve has never been able to keep guys at the end of his punches. The Jackson-Wink dudes will force Arlovski to get inside and punch away. 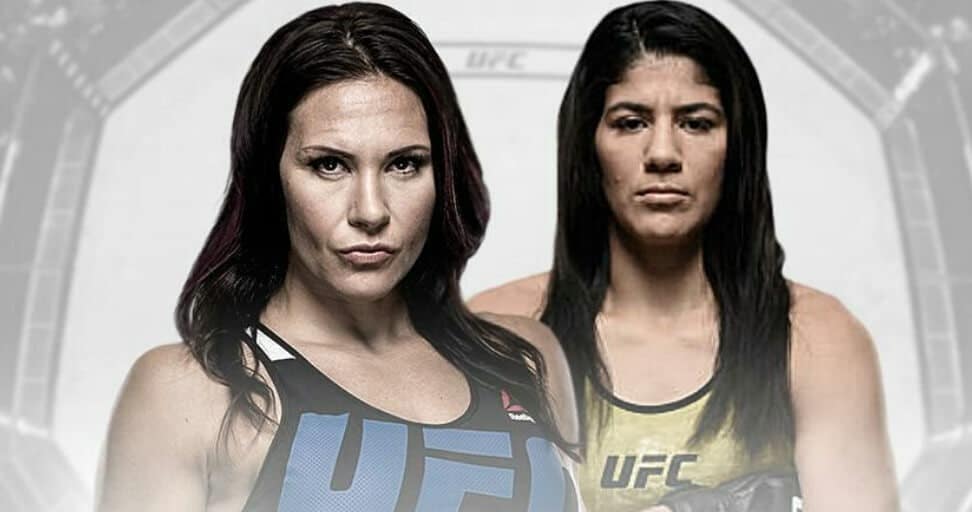 Zingano is basically looking into a mirror here. “Alpha” started her career 9-0, riding a ton of hype into an ill-fated title shot against Ronda Rousey. After getting submitted in 14 seconds, she lost a decision to Julianna Pena for a second straight loss. Now, after a year and a half on the sidelines, she returns to meet the 9-0 Ketlen Vieira, whose coming off a big win over former title challenger Sara McMann.

Both women are bully fighters who bring relentless pressure against their opponents. Cat turns into a beast when she’s pressing fighters into the fence, while Vieira is at her best when she’s on top of a girl, pounding away with elbows and hammerfists. This will basically be a test of strength between the two.

We have no idea how Zingano will look after such a long layoff. There’s also the fact that she’s 35 and Vieira is 26. While the Brazilian is untested against upper caliber opponents (save for McMann), she has been active and evolving.