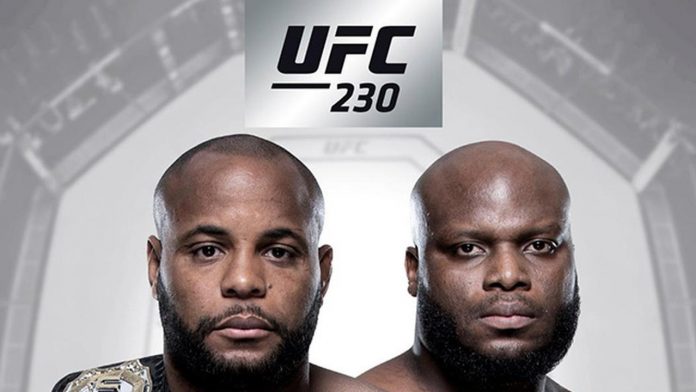 Fresh off the highest-selling pay-per-view of all time, the UFC is hoping to sustain the momentum by bringing back one of the biggest breakout stars of UFC 229: Derrick Lewis.

“The Black Beast” not only pulled off a comeback for the ages a month ago, he also gave the best post-fight interview of all time. Now, the guy is fighting for the title. Yes, we’re talking about the same Lewis who has zero cardio, minimal technique and claims to train for 30 minutes a day.

We’re not sure that last part is true, but watching Lewis gas repeatedly after one round sure makes it seem like it sometimes. Whatever shortcomings he has, he makes up with heart and toughness. And if that isn’t enough, Lewis’ ability to make people laugh is second to none: the man is already an Instagram legend. Hell, there are thousands of fans hoping he wins the belt just because they want to see what he’d say on the mic afterward.

But can he actually do it? Oddsmakers sure don’t seem to think so, as the UFC odds at BookMaker.eu have The Black Beast as a massive underdog. DC just schooled the guy who is statistically the best heavyweight champion of all time. You do the math. 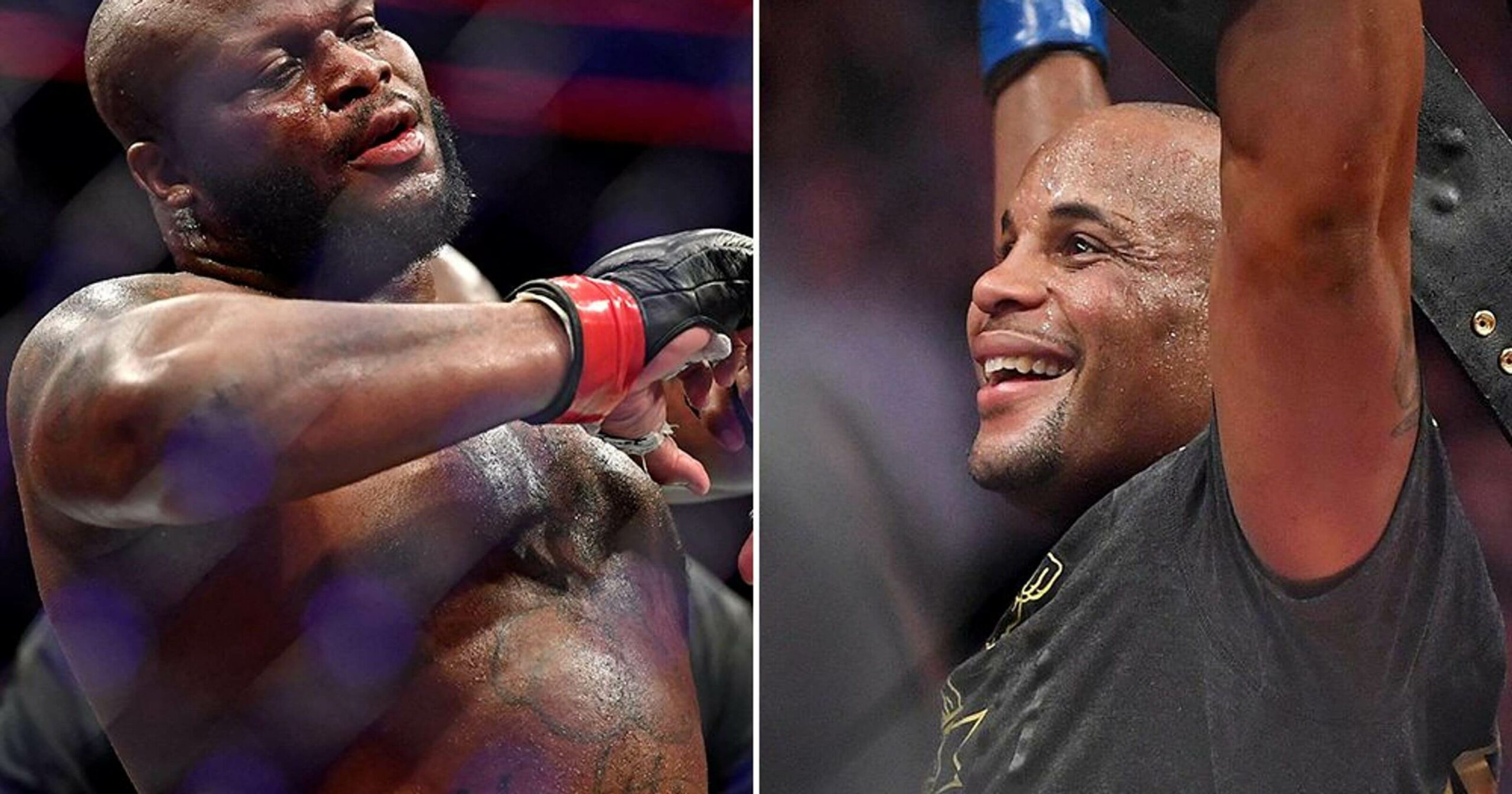 Yes, The Black Beast has a puncher’s chance here. That right hand of his is basically a biblical apocalypse all on its own. But this is a guy that’s fighting less than a month after he was nearly finished several times by Alexander Volkov, in a fight that (surprise) he gassed out in. Now he’s gonna turn around and fight the guy that knocked out Stipe Miocic? C’mon, man.

In his now-legendary post-fight interview, he told Joe Rogan that he wasn’t ready for a title shot. Then he said the same thing in an interview to MMAJunkie a few days later, saying that his cardio wasn’t even close to where it needed to be to think about fighting DC.

The funny thing is just a few hours after that MMAJunkie interview, the UFC announced that Lewis was fighting for the title. Lewis later came out and said that the organization basically threw money at him “like he was a stripper” to come and anchor a big New York card that was missing a main event, and he was cool with it. DC confirmed that he wasn’t looking to fight either, hoping to heal a hand injury, but the “money was so good” that he couldn’t pass it up.

It’s also interesting to note that Cormier said he wouldn’t have accepted a fight with Miocic under the circumstances. If there’s anybody whose fully aware of how they stack up against their opponents, it’s DC. He’s cherry picking at this point, and to him Lewis is easy money – he’s literally better in every area except punching power.

Our pick: Cormier inside the distance -505

It’d be awesome if Lewis shocked the world. We just wouldn’t bet on it. Cormier is just too good to get caught with a haymaker, and his grinding style is gonna exhaust The Black Beast and set up an early finish. Even this prop is ridiculously expensive so we’ve got another pick for you.

Mystic Mac might get all the credit for calling his shots, but nobody breaks down technically exactly what they’re gonna do better than DC. He systematically tired out Rumble Johnson, pulled him to the ground, and patiently waited for the neck to present itself. Definitely could happen here. 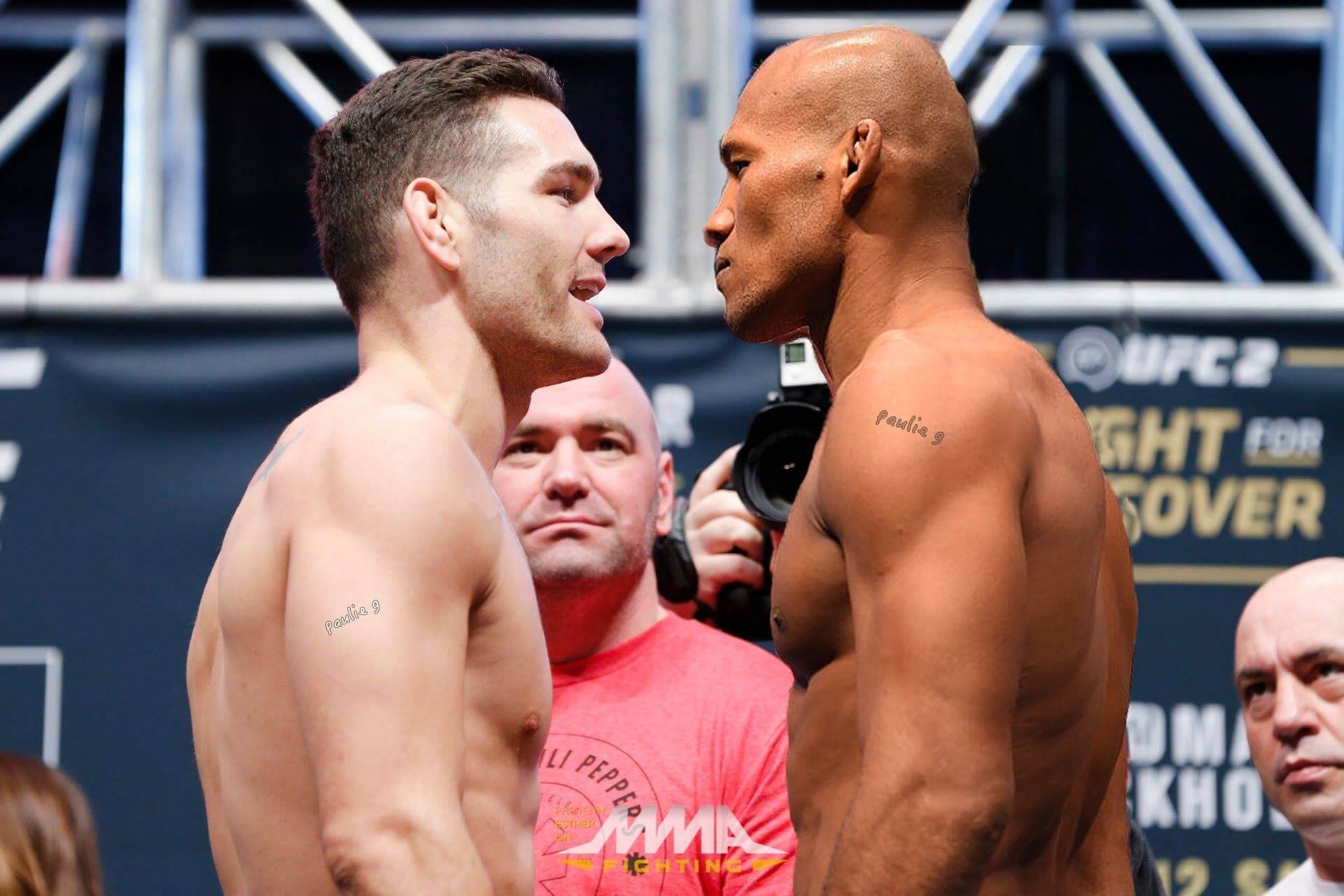 Weidman is a two-time D1 All-American in wrestling, and a juco champ. Jacare has won pretty much every major grappling tournament on the planet. We’ve seen a bunch of times how elite grappling skills tend to cancel each other out and produce a kickboxing match. Weidman would have a helluva time trying to take down Jacare, and would he even want to go there anyway?

So who has the edge in a standup battle? In this case, we lean on Weidman. He’s faster than the 38-year old Jacare and has a slightly higher output. His chin is the big risk here – Weidman’s been brutally knocked out in three of his past four fights – but there’s a major difference in conditioning here, as Jacare has struggled to get through three-rounders in the past.

If Jacare was a bit more athletic or explosive, we’d like his chances a lot more. But Weidman should be able to handle his lumbering style in a three-round fight. Another option is to go with the over, as neither is a true one-hitter quitter and they both can grind. 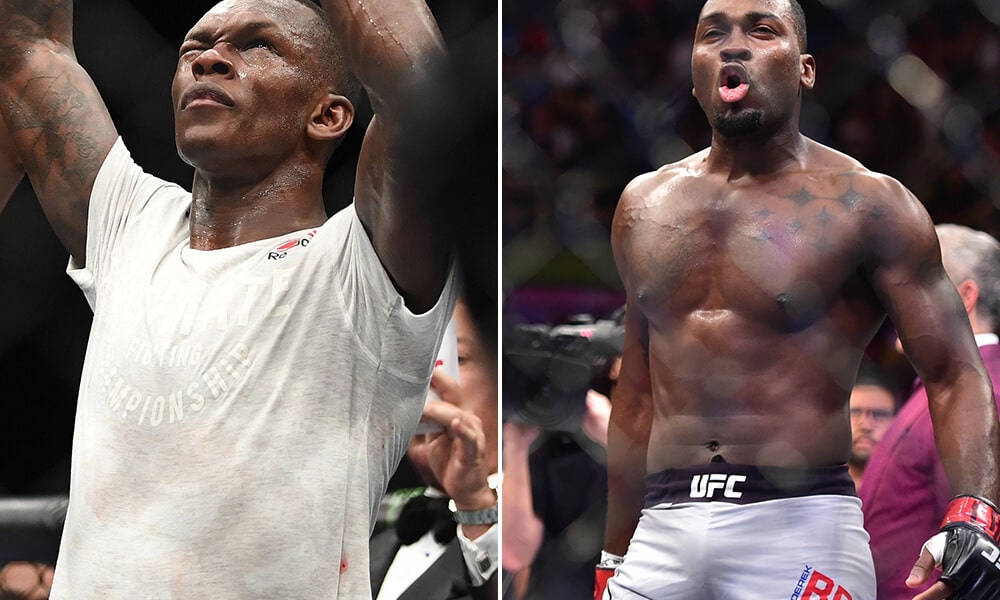 Time to take the Wrestler Test

True to his nickname, Israel Adesanya’s kickboxing is so filthy that he’s been able to style on solid vets like Brad Tavares. But every electric striking prospect has to take the Wrestler Test at some point, and it sounds like Derek Brunson is the guy that’s going to be administering it. If he’s been watching any tape of The Last Stylebender, Brunson is probably well aware that this is not a dude he wants to be throwing hands with.

Then again, Brunson does seem to be in love with trying to knock guys out. A few years ago, this came in the form of brawling, but he’s wised up with a counter-oriented style that takes advantage of his explosive punching. Now he’s something like a prime Rashad Evans, patiently waiting for the right moment to launch a gamechanger. But that’s not the game you want to play against Adesanya, who only gets better the more time and space you give him.

This price justifies a play. Allow us to explain. Brunson trains at Jackson-Wink, one of the best game-planning gyms in the business. Greg Jackson is working with a former All-American wrestler, and that gives him the tools to beat a strictly standup fighter in Adesanya.

I might be looking into press conference trash talk a bit too much, but Brunson kept bringing up how skinny Adesanya was. That sounds to me like a guy whose confident he can wrap his hands around a guy and drag him to the ground. If he can, winning two out of three is definitely possible, especially at these odds.