Home Latest News UFC 249 Odds – Against All Odds, Khabib vs. Ferguson is Happening 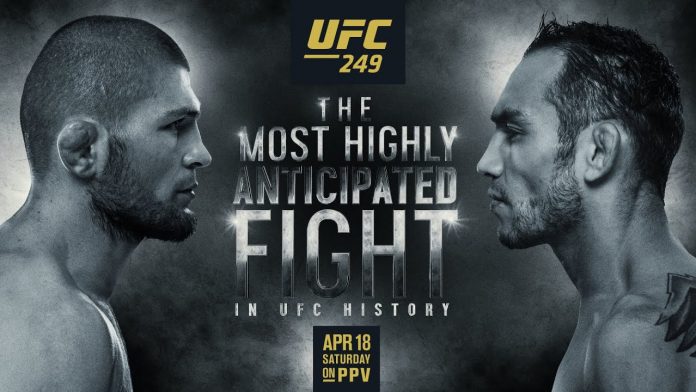 If you’re an MMA fan, the fight that you’ve wanted more than anything in the world is Khabib Nurmagomedov against Tony Ferguson. It’s the matchup that you’ve waited years for, a fight that’s been derailed four times – with each reason being crueler than the last.

Every other fight in 2020 could be cancelled, but as long as this one happened the MMA world would be ok with it. Cruise Reddit MMA and you’ll see that it’s not an exaggeration. Somehow, this is bigger than Khabib’s lightweight belt or Tony’s 12-fight win streak.

That’s because there’s never been a more cursed fight in the history of the sport. Quick refresher:

2016, UFC on FOX 19: After taunting Nurmagomedov for his inability to stay healthy, Ferguson withdraws on 11 days notice due to an illness that causes fluid and blood to collect in his lungs.

2017, UFC 219: Nurmagomedov suffers a horrible weight cut and fails to appear for the weigh-ins. The fight is called off the day before it goes down. Notably, the UFC Embedded cameras appeared to capture the Russian eating a slice of tiramisu during fight week – spawning one of Reddit MMA’s most enduring memes.

2018, UFC 222: Ferguson tears his LCL tripping on a camera cable at a UFC media event. Bizarrely, Dana White is forced to make the announcement on April 1, leading to a tense few hours where the MMA world was praying that it was all a big joke. It wasn’t.

But some way, somehow Dana White is doing everything in his power to make this happen – come rain, come shine, come pandemic apocalypse. To be honest, it would seem like no less than a miracle if he pulled this off despite Mother Nature’s raging attempt to shut it down, again.

It’s not out of the goodness of White’s heart, either: the UFC has the unique opportunity to be literally the only major live sporting event in North America. The country is stuck inside and starving for entertainment. ESPN has nothing to talk about but NFL free agency. The Sportscenter Instagram is nothing but randos making trick shots on their living room mini-hoops. There’s a chance for the company to get unprecedented levels of attention.

That coverage extends to the online sportsbook. Right now, the UFC odds at BookMaker.eu have some slim pickins – there’s barely any live sports to bet on. For the first time ever, a UFC fight is the biggest thing going for sports bettors. So naturally, we’ve got some bets to cover. Let’s jump in:

The Safe Play: Nurmagomedov to win at -315

The UFC odds at BookMaker.eu first posted money line back in December, setting Khabib as a -220 favorite. All the action has been on the Russian since then, hammering his line down nearly a hundred points to the point where it’s tough to justify as a straight bet. While it’s not a great value, it’s not unplayable either. 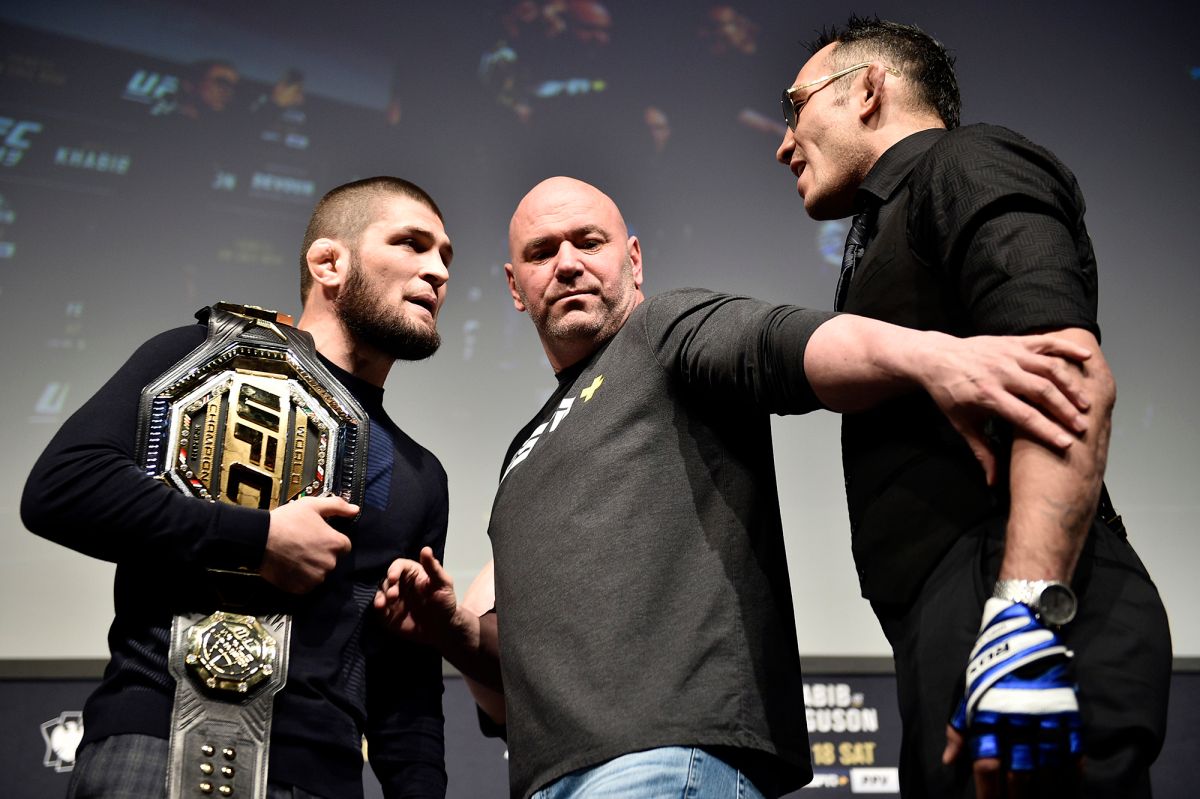 Khabib is the best MMA wrestler of all time. That’s not hyperbole. In 28 pro bouts, not a single opponent has been able to figure out how to neutralize him. This is a guy that was born with supernatural strength and grew up in a region that produces Olympic level wrestlers like clockwork.

Think of somebody like Patrick Mahomes, the son of a baseball player who was trained by his father since birth to throw a ball. Like Mahomes, Khabib is the result of special genes and the perfect environment. The scariest part is that the 31-year old is peaking. It’s a combination we’ll ride.

We know we just spent a couple hundred words worshiping at the altar of Khabib, but El Cucuy is not a guy that can be overlooked. The main issue is that he’s struggled against powerful wrestlers in the past, but if you’re looking to throw out a hail mary hedge, we recommend this victory bet.

Here’s why: Tony Ferguson is crazy. You have no idea what he’s going to say in interviews, no clue what kind of training he’s dreaming up, and it’s absolutely impossible to try and predict what he’ll try inside the cage. The only thing his opponents can count on is that whatever he does, he’s gonna do a lot of it. El Cucuy is one of the few fighters that has weaponized his gas tank, and Khabib has never faced a guy like that before.

Here’s what Tony’s last nine opponents looked like after fighting him: 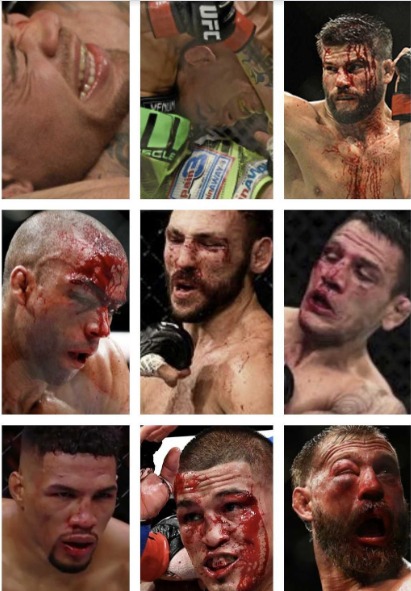 Tony has finished nine dudes on his 12-fight winning streak. Khabib has never fought anyone like him, and it’s plausible he gets put in the blender. If you’re gonna gamble, this is your bet.