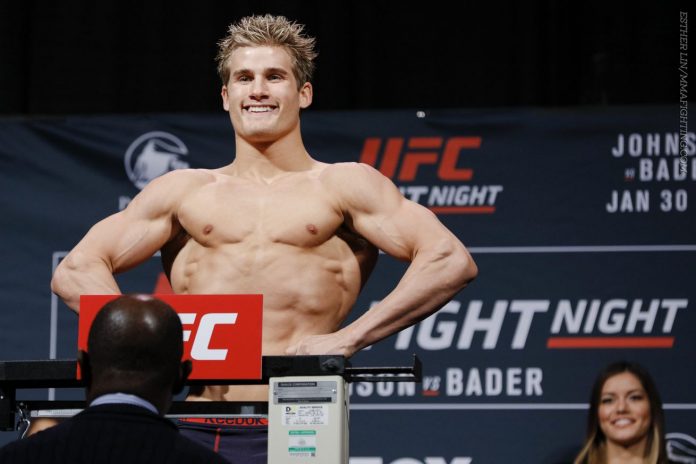 There might not be any major MMA events this weekend, but that shouldn’t slow down the action at the sportsbook. Actually, it’s a great time to look ahead to see what UFC futures odds you can take advantage of right now. A savvy gambler knows when to lock in a bet before late betting surges affect the odds.

Right now, the UFC odds at BookMaker.eu let you bet on fights all the way through UFC 203 in September. In the next month alone, there are are four major events – including a crazy UFC 200 weekend with three cards in three nights. Let’s take a look at a few live underdogs with odds you should consider in your UFC picks.

The last time these two women fought, Jedrzejczyk escaped with a split decision win that many felt should have gone in favor of Gadelha. Joanna Jedrzejczyk has won three more fights since then, with two of those victories – against top-ranked fighters in Carla Esparza and Jessica Penne – falling under the category of All Out Destruction.

Those All Out Destructions are probably what’s leading to Joanna Champion’s money line as a 2-to-1 favorite. It hasn’t helped that Gadelha has only fought once since their first encounter due to injuries. But if you look at this fight in a vacuum, it should probably be a pick’em in UFC betting.

Why? Because Gadelha has the perfect style to stifle J-Check. The champion’s elite Muay Thai is lethal, but she needs space to launch her heat-seeking missiles. Gadelha, a multiple-time world champion in Brazilian jiu-jitsu, has the athleticism and strength to erase the distance whenever she wants. She took J-Check down multiple times in the first scrap, and in a five-round fight Gadelha could easily wear her down.

Props to Miesha Tate for her thrilling upset of Holly Holm to win the bantamweight championship, but let’s be real. “Cupcake” was down three rounds to one going into the final frame before she pulled a Robbie Lawler and pulled out a last-minute victory made possible by a mistake from Holm. Prior to that, Holm’s striking and movement completely flummoxed Tate, who was unable to consistently get the fight to mat where she’s more comfortable.

In fact, Tate has made a habit of winning by comeback. That is probably the least sustainable way of beating opponents. Against Nunes, she will again be outclassed on the feet by a better striker, and the Brazilian doesn’t have huge holes in her ground game like Holm. Tate is the better wrestler, but she is by no means a dominant one.

This all boils down to whether you think Nunes can fix her cardio issues. This is a five-rounder, and Tate can go hard for 25 minutes easy. But if Nunes can conserve her energy she has the better tools to work with.

The UFC went all in on 20-year old Sage Northcutt as one of the shiny new faces of the promotion, but they were served a rude awakening by a gritty unknown fighter in Bryan Barberena. To say that he derailed Northcutt’s hype train is an understatement – Barberena completely blew it up.

Here’s a quick recap of the fight: Northcutt rushed with his signature first-round blitz. Barberena survived it, leaving Northcutt exhausted at the end of the first round. The the second frame, Barberena easily takes down Northcutt. The kid looks completely lost on the ground and taps to a choke that was maybe 50% applied. Twitter explodes with fighters mocking the ground game of the UFC’s golden boy.

Nobody knows who Enrique Marin is besides the fact that the promotion is bringing him in to lose and build Northcutt’s confidence. And while Marin isn’t much more experienced than Northcutt, he earned his way to the UFC the hard way, and not because he looked like a young Ken doll.

Maybe Marin is a severely limited fighter, but he just needs to watch Northcutt’s last fight to figure out that making it past the first round intact gives him a great chance of winning.

On top of that, if Marin is any good on the ground, he has a clear path to victory in our UFC predictions. It doesn’t matter how much of a prodigy Northcutt is – there’s no way he can become a competent ground fighter with just one fight camp.