Home Latest News UFC Fight Night 103 Odds: Does Penn Have Anything for Rodriguez? 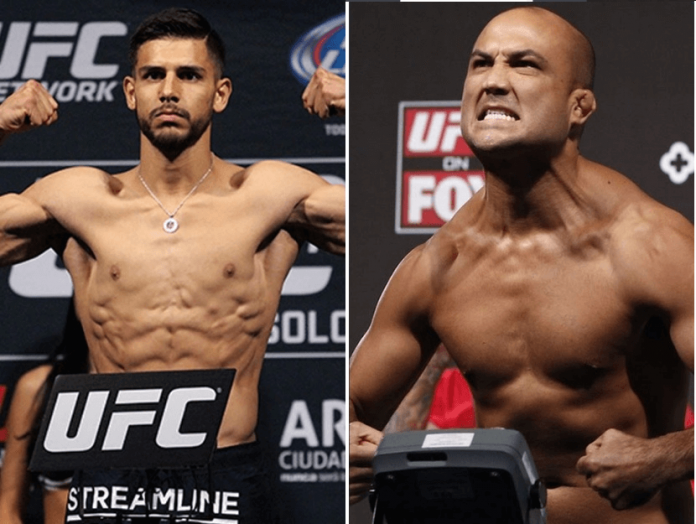 If the adage that a fighter is only as good as his last fight has any truth, Hall of Famer B.J. Penn could be in a lot of trouble. It’s been over two and a half years since the former champion has stepped inside the octagon, when he was torched by Frankie Edgar at The Ultimate Fighter 19 Finale.

For whatever reason, “The Prodigy” felt compelled to return, and he’ll meet surging Mexican prospect Yair Rodriguez. Not only has “Pantera” looked fantastic since making his debut in late 2014, he also has a very particular set of skills. Skills that make him a nightmare for aging fighters like Penn. Let’s examine these fight odds more closely. 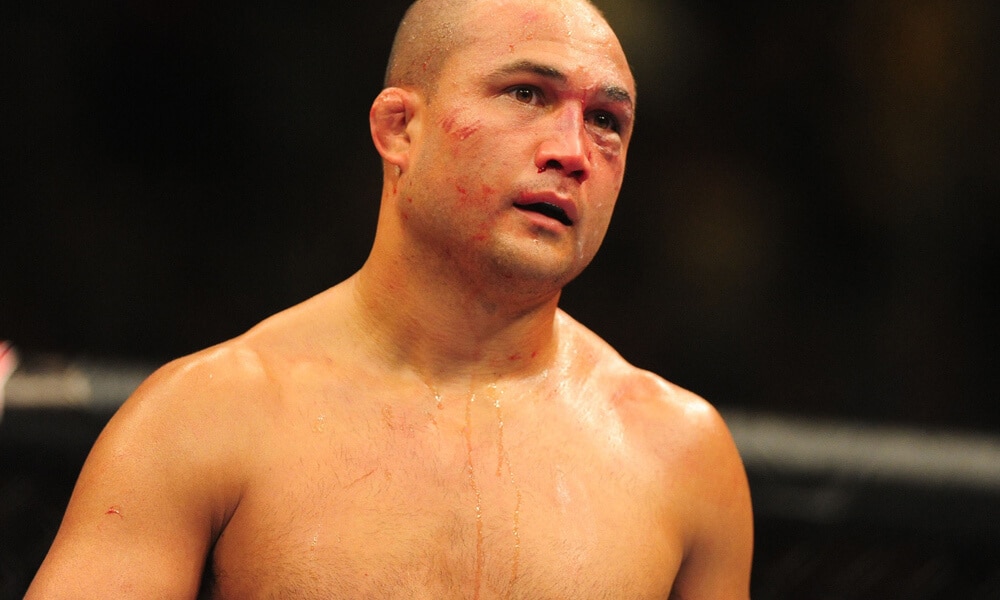 Penn hasn’t won a fight since 2010, when he KO’d Matt Hughes (remember him?) at UFC 123. After managing a draw with Jon Fitch a few months later, B.J.’s career went off a cliff. He was battered senseless by Nick Diaz, used as a sparring dummy by Rory MacDonald, and finished with ease by Frankie Edgar.

Watching those three fights was painful for longtime fans of the popular fighter – he took a significant amount of damage over sustained periods of time. It was the epitome of “too tough for his own good”-type thinking that could take years off a life. Most of all, it became crystal clear that B.J. didn’t have what it took to be a top contender anymore.

Here’s pretty much the entire fight with Diaz in a nutshell:

Here’s B.J. getting whooped on by MacDonald. This went on for three rounds:

And here’s B.J. debuting a really weird upright style for his last fight with Frankie Edgar:

Training at Jackson-Wink, one of the best camps in the world, is always a good move. If there is any camp that can squeeze any prodigious talent that B.J. has left, it’s the team in Albuquerque that counts Jon Jones, Donald Cerrone, Alistair Overeem and countless others as member. But honestly, I think B.J. just gets lit up again.

Yair Rodriguez Is Ready For Stardom

Even in a featherweight division loaded with young prospects, 24-year old Yair Rodriguez stands out. He is big for the weight class, at 5’11”, and is a fantastic athlete as well. Already 5-0 inside the octagon, Pantera is quickly improving an already scary skillset.

With his taekwondo base, Pantera loves to utilize his legs with huge arsenal of flashy kicks. He is especially dangerous at range, where his creativity and unpredictable strikes make him difficult to time. Additionally, Rodriguez is a good wrestler who knows how to change levels within the confines of his offense. On the mat, he is an extremely aggressive submission artist.

But what makes him special is his gas tank. It takes a different kind of athlete to be able to keep pace with such an explosive athlete, but Rodriguez proved that he was capable by landing over 300 strikes against Alex Caceres at altitude in Salt Lake City. There are few men that can keep up with his output.

There is just no way I can endorse Penn in any way. Rewatch his last fight with Frankie Edgar. In addition to debuting that upright style that spawned countless messageboard rants, at no point did he look like he wanted to be there. It’s like he misses MMA until he gets into the cage and starts blocking punches with his face – then he wants no part of it.

Rodriguez to win is a safe bet – if he doesn’t finish early he will inevitably wear his foe down to the nub. You might also want to consider the over in the UFC odds as well. I think Penn is completely shot, but I’ll give him a good shot to last until the midpoint of the third only out of respect for Jackson-Wink.