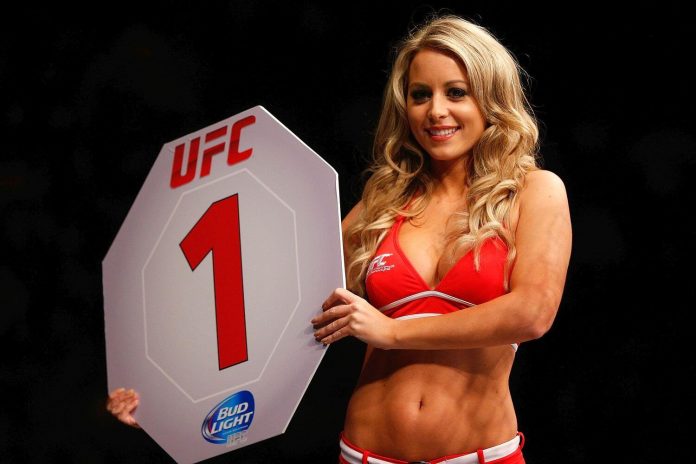 Thanks to the departures of Ronda Rousey and Miesha Tate, former women’s bantamweight champion Holly Holm is now the division’s biggest star. But really, can her starpower survive a fourth straight loss?

It’s a question that Holm might have to face as she gears up for former title challenger Bethe Correia in the main event of UFC Fight Night 111. Fortunately for Holm, it appears to be a very winnable fight – according to the oddsmakers anyway.

The rest of this Saturday night card is surprisingly good for a Fight Pass offering. Perhaps the UFC is stepping up its game to please the fight-crazed nation of Singapore and make further inroads into the Asian market. With two additional former champions on the card along with Asian stars and rising contenders, there’s plenty of intriguing action for you to bet on.

Let’s take a look at the UFC odds at BookMaker.eu and make a few common sense betting picks for the night.

The UFC had one goal in mind when it booked this match: get Holly Holm back in the win column. But they couldn’t just give her some scrub because it’d ruin some her credibility, so they threw possibly the most undeserving former title challenger at her. Oddsmakers weren’t fooled and jacked up Holm’s money line bigtime. 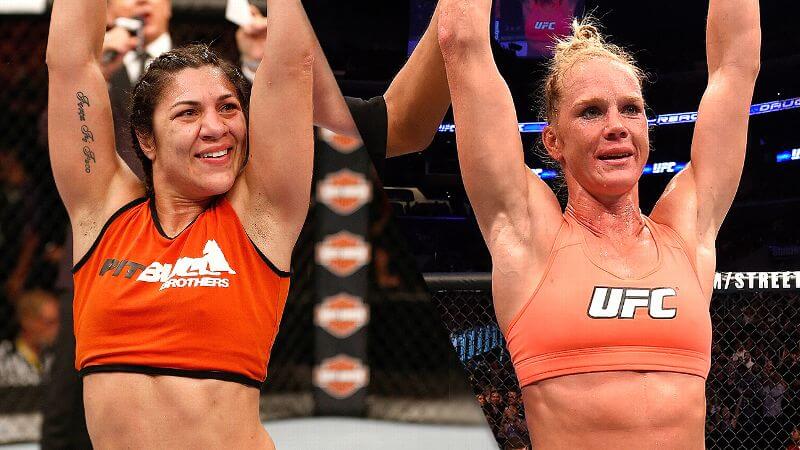 It’s not like Correia has zero chance – anything can happen. But she’s slower, smaller and less skilled all-around. It’s not like she has a knockout strike that can equalize the gap between her and Holm. And her T-rex arms have been the butt of jokes for a long time – you think she’s gonna be able to crack against a fighter with longer range and fantastic footwork?

You’ve got two options here: one is to parlay Holm to win at -640. The other is go with the over on 4.5 rounds at -115. The over pays better, but it’s a riskier bet considering how easy it is to hit Correia at times. Holm’s got one fight-ending strike – the right round kick, but she’s only finished one of her past five opponents.

Arlovski’s cracked chin is a giant bullseye for opponents. Tybura’s knocked out his last two opponents. Sounds simple right? Seems like oddsmakers are downing the Arlovski Hatorade, but don’t be so quick to bury the guy yet. 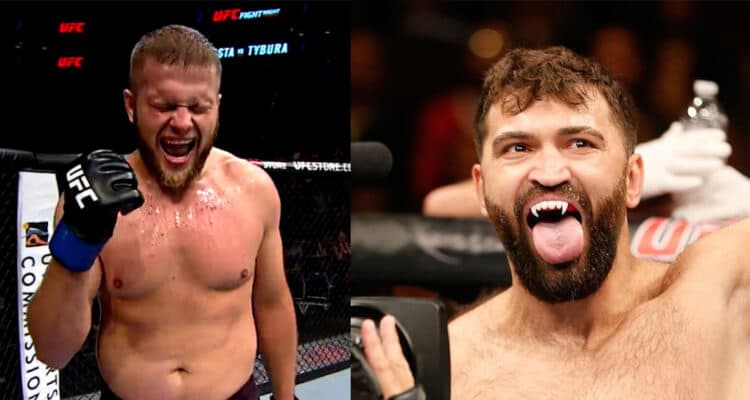 First of all, Arlvoski is still one of the better boxers in the division. Training under Greg Jackson has simplified his game to the point of 1-2, circle out, 1-2. That’s not good enough against guys like Overeem or Miocic, who both iced The Pitbull in recent fights. But against Tybura – a guy who isn’t as polished a striker – Arlovski’s chances are way better than his odds would suggest.

I’m not saying Arlovski wins this fight, but his line is undervalued. Getting more than 2-1 underdog odds on the more technical, experienced fighter from an elite camp is a sweet deal. Lay some coin down for the chance to double your money.

Dos Anjos’ name and resume makes him a favorite, but this is a risky matchup stylistically. Saffiedine is about as technical on the feet as they come, and the guy is extremely difficult to take down. That means the Brazilian’s got to beat him on the feet. 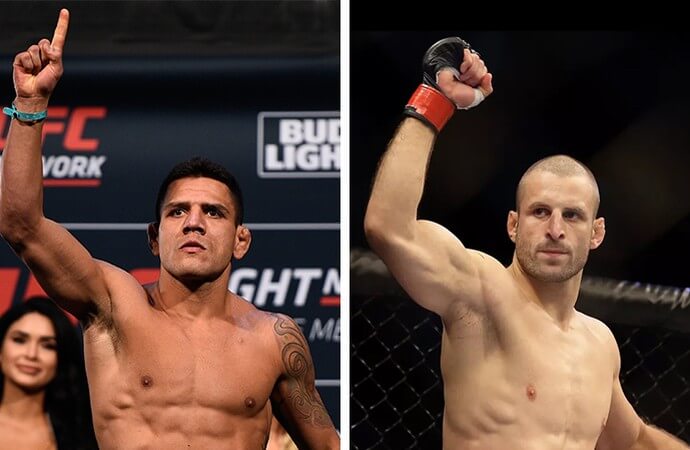 Training with Rafael Cordeiro at King’s MMA has turned the Brazilian into a beastly Muay Thai artist, but his aggressive, pressure-based style should give the Belgian counterstriker a lot of openings. Dos Anjos might win on output alone, but it’s not going to be an easy night for the former lightweight champ against a natural 170-pounder.

Dos Anjos has got more tools to work with, but Saffiedine has been underrated for years now. This is a case similar to the Arlovski matchup – Tarec’s money line is undervalued and deserves a small wager.

In 16 career UFC fights, Kim has only lost to Tyron Woodley, Demian Maia and Carlos Condit. That’s the current champ, the No. 1 contender and an interim champ. The Korean has been a top-10 guy for years, only failing against elite competition. 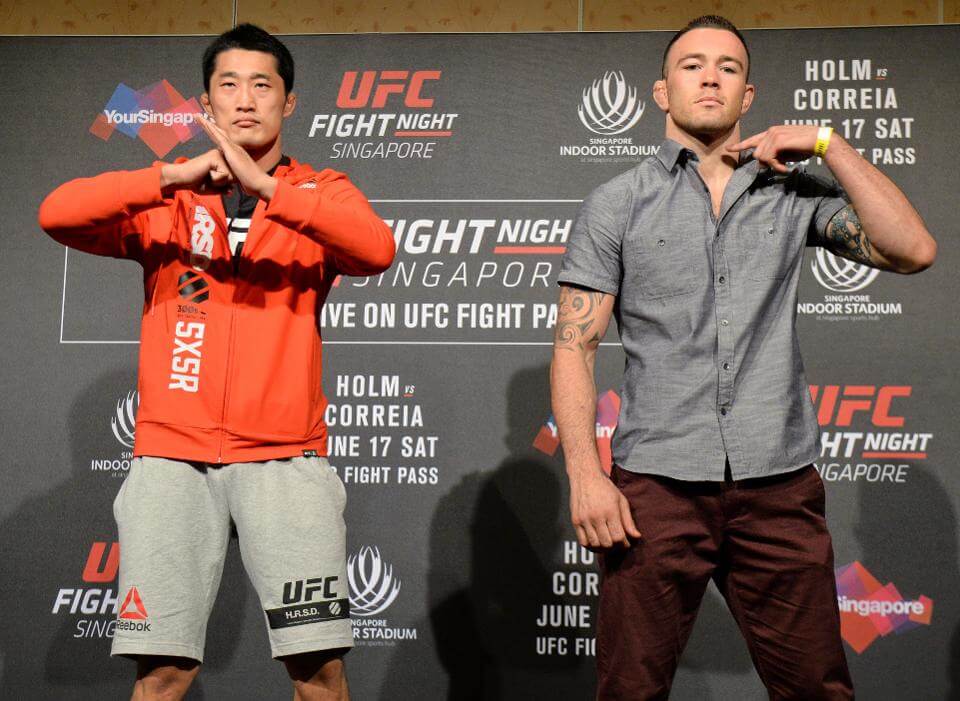 But can the 35-year old judoka fend off an up-and-coming wrestler? Also, Kim certainly fancies himself a brawler these days, leading to some scary fights where he’s been rocked on more than a few occasions. If he reverts to brawler mode, the fight’s up for grabs.

But if he decides to test his grappling against a good wrestler? The fight’s still up for grabs: Covington’s been hot and Kim’s got a ton of miles on his body. But that means we’ve got a prolonged matchup with two guys battling to control the clinch and land takedowns. There’s a great chance this goes to the final bell.