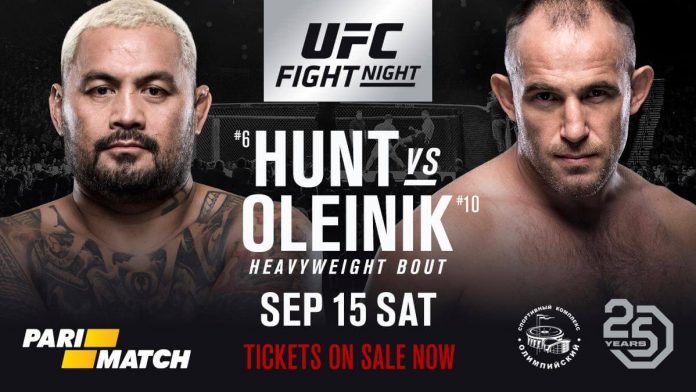 This Saturday’s UFC Fight Night in Moscow is historic for a few reasons. First, it’s the promotion’s first show in Russia, a huge country with a voracious appetite for MMA. Second, it marks the first time that the UFC will co-promote an MMA event with another promotion. In this case, it’s M-1, the premier organization in the country.

That means that the UFC has huge plans for the region. Lightweight champion Khabib Nurmagomedov is already a huge superstar in the country, and there are scores of exciting native fighters to build cards around. Don’t be surprised to see a marquee event inside a giant arena at some point.

But first, Dana White is starting small – with a Fight Pass card. Rule of thumb is that these streaming events are weaker in quality, and that’s definitely the case here. While there aren’t many matchups that will have a significant impact in their respective divisions, there is plenty of regional talent to showcase here along with some well-known commodities.

Using the UFC odds at BookMaker.eu, let’s jump right into your best bets on this card.

There have been only two ezekiel choke finishes in UFC history, and Oleinik owns both of them. A veteran of 68(!) pro fights, the Russian has 44 submissions in 56 pro wins. Look deeper into his resume, and you’ll see tons of neck cranks, arm triangles, triangle chokes and RNCs. Hunt literally better watch his neck, because this dude ain’t nobody to eff with when it comes to grappling.

We get why Hunt is the favorite here. He’s a former K-1 champion and one of the most prolific knockout artists in the game today. Dudes have been trying to take him down for years, but only big, athletic wrestlers like Brock Lesnar and Stipe Miocic have been able to do so consistently. But oddsmakers might be giving him too much credit here, especially considering that this is a 25-minute fight.

Oleinik isn’t lost on the feet – he can throw short, tight combinations to get into the clinch. While a prolonged sparring session with Hunt won’t end well, Aleksei has got the experience to make this fight ugly and drain the gas tank of a guy who historically gasses late into fights.

At this price, it’s easy to convince ourselves that Oleinik can outsmart a one-dimensional striker like Hunt in a five-rounder. While there’s always the risk that Hunt blows up the Russian’s chin, Oleinik hasn’t actually been stopped by strikes since 2011.

Hardcore fans were pretty upset that the UFC let Krylov go in 2016 – young light heavyweight prospects are rare these days. After a 4-0 stint – all early finishes – in regional competition, the Ukrainian is back in the big show. Dana White is wasting no time throwing him into the deep end, matching him up with No. 5 Jan Blachowicz. 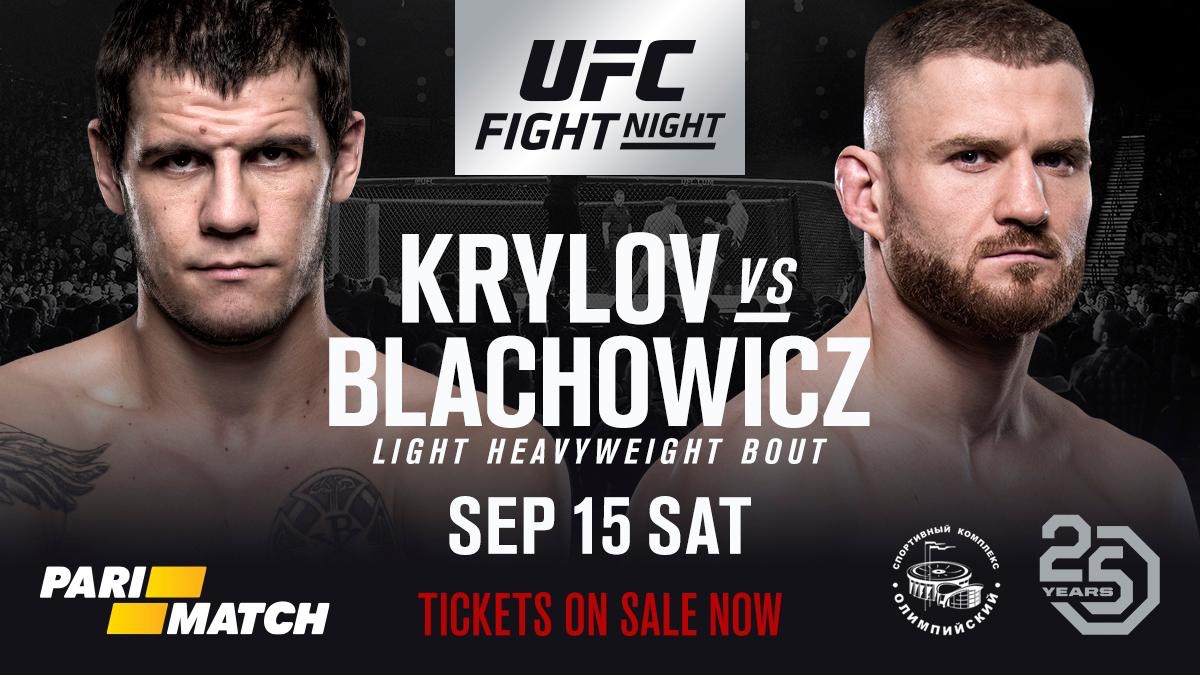 The fact that Blachowicz is rated so high speaks to the shallow division, but the Pole’s most recent victories over Jared Cannonier and Jimi Manuwa suggests that the kickboxer has leveled up. Though Blachowicz is nearly 10 years the senior of his opponent, both men are fighting at peak levels.

Blachowicz is patient, polished striker who can consistently beat explosive knockout artists to the punch. Krylov is an opportunistic finisher who thrives in nabbing submissions in scrambles. Though Blachowicz struggles against powerful wrestlers, Krylov isn’t a guy who really overpowers foes with takedowns. And while it may be tempting to assume that Krylov gets tuned up on the feet, he’s actually a solid karateka with good kicks from both stances.

We expect a standup match, and in that case we lean towards Blachowicz’s consistency over Krylov’s reliance on capitalizing on opportunities. Krylov’s developing power makes this a bit risky, but Blachowicz has never been finished inside the UFC, despite facing Manuwa twice and going three rounds with Alexander Gustafsson. Your other option here is that this three-rounder goes to decision.

Like most fighters coming out of Dagestan, Abdurakhimov prefers to wrestle. But without the explosive abilities like his contemporaries Khabib Nurmagomedov or Zabit Magomedsharipov, “Abrek” has to do it the hard way. He catches kicks, drives opponents into the cage and drags it to the mat. 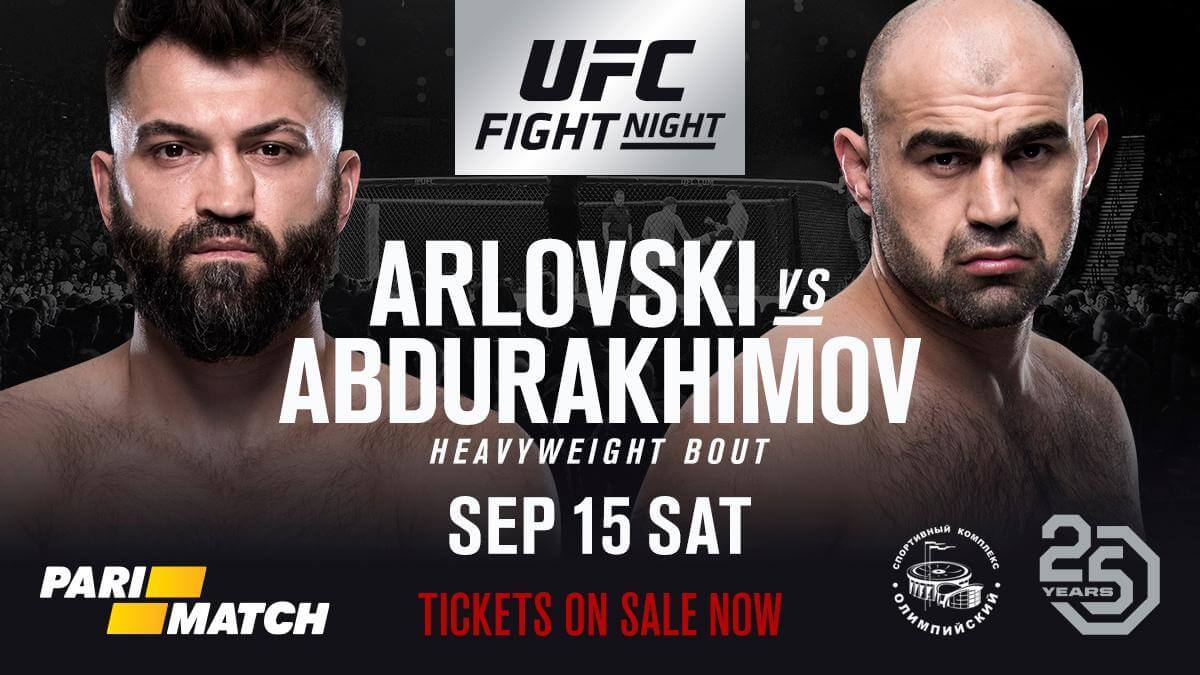 Though Arlovski’s prime is in the rearview mirror, he’s still one of the more agile heavyweights in the UFC – and his takedown defense has aged well. On paper, Abrek doesn’t have the size and power to force The Pit Bull to the ground, which means he’ll be stuck striking with a very good boxer.

It’s not a hopeless situation, as the Russian is a national master in Sanda and an international master in kickboxing. Unfortunately, he doesn’t have the type of killshot power to take advantage of Arlovski’s glass chin, so he’ll have to outstrike him on technical terms.

Because Abdurakhimov isn’t a one-hitter quitter or a power wrestler, we lean towards Arlovski. While it’s risky betting on a 39-year old with a cracked chin, this is a solid matchup for him. Arlovski generally does well against plodding big men who are focused on bringing him down.