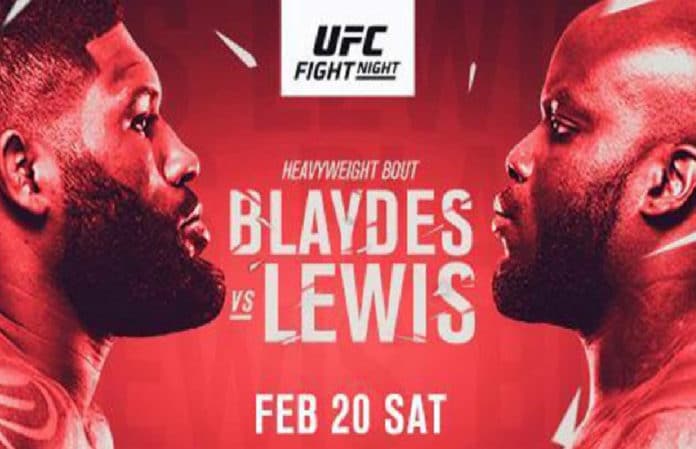 Curtis Blaydes is the most overlooked title contender in the heavyweight division. This is a guy that’s only lost to one man (Francis Ngnanou) in 16 pro fights. He put together a six-fight unbeaten run inside the octagon, and is currently gunning for his fifth consecutive win when he meets Derrick Lewis this Saturday. His victims include Mark Hunt, Junior dos Santos, Alexander Vokov and Alistair Overeem. There are a lot of longtime MMA fans who believe that he’s got everything needed to be the champ.

Put it this way: if there were a futures bet I could make on “Razor” becoming champion someday, that’s very likely a bet I’d take.

But for now, Blaydes has to take the long route to a title shot. The Miocic-Cormier trilogy had to play out, putting all other contenders on hold for over a year. Then Francis Ngannou started flexing his Ford Focus punching power again, jumping back into the No. 1 contender spot. Now Jon Jones is throwing his name into the heavyweight mix, and we all know how the UFC bends over backwards for their superstars.

It could be a while before Blaydes fights for the title. The best thing he can do is stay relevant and hope for an opportunity to present itself. While Lewis is the No. 6 heavyweight, this has the feeling of a stay buy scrap for Blaydes. The UFC odds at BookMaker.eu reflect that sentiment, opening with Blaydes around a -300 favorite. Obviously, Lewis is a walking, talking puncher’s chance with a tantalizing +250 money line.

Let’s take a deeper look at this fight and see the bets you should make at our online sportsbook. Live UFC betting is always available at BookMaker.eu during the fight as well.

Bet It: Blaydes to win inside the distance -125

We’ll take our chances with this victory prop. It’s easy to see the mismatch here: Physically, Blaydes is in much better shape, faster and more athletic than his opponent. We love the fact that Blaydes is 6’4”, 260 pounds but also somewhat lean – he’s just a naturally big dude that can move. On the other hand, Lewis is more just a big, burly guy that’s never been in the best form. We’ve also seen The Black Beast gas repeatedly after just a few rounds.

But the real story is in the style matchup. Blaydes is arguably the best wrestler at heavyweight, while Lewis is a subpar grappler. While Lewis probably has enough juice to fend off a few early takedowns, there’s just no way he does it over 25 minutes. We fully expect his stamina meter to be completely empty by round 3, at which point he becomes a takedown dummy. Blaydes’ nasty GNP will both drain Lewis and finish him.

While we’re certain that Lewis gets beat, it’s too difficult to try and predict when it’ll happen. Lewis might be a one-dimensional headhunter, but he’s also one of the toughest SOBs the heavyweight division has ever seen. We’ve seen this guy completely exhausted, breathing hard with hands on his hips during an early round – and he still somehow gets to the judges scorecards. We’ve also witnessed him get picked apart by better strikers for an entire fight, only for him to go beast mode in the last minute and somehow pull out a win.

But against a big, powerful wrestler? All bets are off. DC needed less than 1.5 rounds to get him to the ground and finish him – and Cormier is a former light heavyweight. What’s going to happen once a much bigger wrestler gets his hands on Lewis? That’s not something we want to bet on.